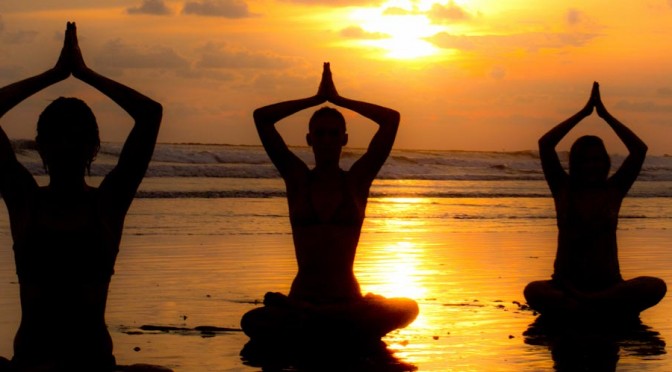 As is commonly known, the job of revolutionaries is most challenging. They have to deal with all three aspects of time in quick succession. Revolutions are processes of rapid change driven by pressing, irresistible forces. If revolutionaries cannot move swiftly from the past towards the future, they might end up as the proverbial children of the revolution, consumed by the very same uncompromising changes that they themselves initiated.

Two critical issues in particular rise with the onset of the fury of revolutionaries:

Perhaps no one ever pondered the nature and science of action as deeply as Lord Krsna did. The teachings of this world teacher of truly free will are preserved in the Bhagavad Giita, the concluding 18th chapter of which states (verse 14):

Here Lord Krsna states that there are innumerable individual and collective bodies, such as plants, animals, human beings and their various associations binding them in mutual associations. These assemblages and combinations – family, class, caste, community, nation, region, continent, etc. – constitute the circumstances of any political, socio-economic, cultural, and other actions. Individual and collective doers (kartā) execute those actions (karaṇaṁ) by various means (pṛithak-vidham),* and in various ways or styles (pṛithak cheṣhṭā).

In this way, our world is constantly dominated by innumerable wills and their varying patterns of conduct and behaviour. In such a stupendous mesh of multifarious motivations and diverse ambitions, what is the way to secure non-exploitative, fair governance in a world where everybody may progress freely physically, mentally and spiritually?

As is widely known, the Bhagavad Giita is not only a technical manual of consummate deeds. It is "the Bible of Yoga", the ultimate exposition of enlightened action.

Perhaps this piece of universally recognized literature is not simply a rendering of what Lord Krsna may have told his friend Arjuna on the battlefield. Possibly it is the collection of his life-long teachings to humankind, poetically framed to take place on “life’s battlefield” (that coincides with the very battlefield of the historical Kurukshetra war). In any case, the Bhagavad Giita merges worldly action and the practice of yoga into a profound message and practical recipe of true humanity.

According to Prout, society’s real leaders and revolutionaries must be Yogis. Without directing spiritual light towards the centre of human endeavour and ambition, all our actions will gradually and finally backfire as far as the welfare of living beings is concerned.

The Supreme Divinity is life's mystery and reality. It is the factor on which all other elements depend for their recognition and fulfilment. It is our Soul and the very definition of Yoga:

“When the unit consciousness merges itself fully and is finally identified with the Supreme Consciousness, Shiva, that is called yoga.”
(Saḿyoga yoga ityukto jiivátmá Paramátmanah.)

This shloka, which Shrii Shrii Anandamurti ascribed to Lord Sadashiva, provides another philosophical basis for the concept of the rule of Sadvipras. It explains that the ultimate unity – Yoga – is the merger of our individual soul with the Supreme Soul. In this merger the individual rises above worldly relativities and beholds Supreme Reality beyond temporal and spatial relativities.

From both the shlokas above we can extract Prout's principle of value-oriented leadership; its idea of the paramount importance of morally and spiritually enlightened revolutionaries – sadvipras. According to Prout, the only way is sadvipra samaj, the society of the morally and spiritually enlightened, whose minds (vipra) remain embedded in the Supreme (sat). It is both a wedding of souls and a socio-economic system where Divine Providence, the fifth factor of Lord Krsna’s formula of action, is properly fixed at the political centre of society:

“In the nucleus of the social cycle, spiritual revolutionaries (sadvipras) control the cycle in order to liberate all.”
(Cakrakendre sadvipráh cakraniyantrakáh.) – Ananda Sutram 5:2

The merger of the individual with the Ultimate Oneness makes for a just society where no individual and group are discriminated against. The Universal Soul observes and knows that there are no shortcomings, there is only divine potentiality everywhere and in everyone. A person or leadership wedded to this truth will tend to act in the interests of all and not only against someone. Spiritual Yoga, therefore, is the way and mode of fair policy.

The Supreme Soul is independent of the past, the present and the future. It is one with all but wedded only to Supreme Truth. While navigating and sorting out life's trials and tribulations, human beings therefore require regular daily practice of Yoga. It is the way to remain inspired by the Divine while steeped in all sorts of worldliness. In order to increase morality – the practical value of spiritual ethics – and not diminish it, human beings must practice Spiritual Yoga on a daily basis. This reality is true for revolutionaries, politicians, and also for all others involved in the evolution and revolution of human society.

Proper yogic training and spiritual self-analysis bring about synthesis in life.** Synthesis is just another name for spiritual truth, and the path of Yoga is the practical way for its actual realization. Yoga yields ultimate success and achievement, without which life remains unfulfilled, incoherent and ultimately tragic. Analysis alone takes life apart; analysis by itself does not create new life and vigour. Only Yogic synthesis brings about renewed energetic change and increasing meaningful purpose.

The processes of both evolution and revolution must be directed towards synthesis and not analysis. Analysis may be a means but synthesis should always remain the fundamental aim and reason for any action. Adolf Hitler stated that love is weak but hatred is strong. He opined that love cannot be used to unite people and propagated nationalist socialism based on racial hatred. The rest is history. Actually, revolutionaries need the synthesis and Supreme Love of Yoga first and foremost.

When Ananda Marga Guru Shrii Shrii Anandamurti languished in jail during 1970s, a visiting follower asked him: “How do I know if I am making progress in my sadhana?” His Guru replied: “If your love is increasing and expanding you are making progress.”

Modern human beings live in a highly complex world. Their increasingly perplexing circumstances require renewed spiritual vision and steadfast divine endeavour for the goal of true human society to be accomplished. Individual and collective lives devoted to the realisation of the Divine and the good of all are the only guarantee against corruption of power and all sorts of exploitation. Hence the significance of spiritual Yoga in the personal and collective lives of revolutionaries becomes clear.

In order to bring about spiritual good in society, proper work has to be initiated in individual life. Spiritual Yoga practised individually as well as collectively is the mighty foundation that can carry all of us forward towards the increasingly blessed state of a spiritual society.

* Instruments, tools or senses.
** For the latest medical and other scientific findings on the benefits of yoga, please see medindia.net/yoga-lifestyle and other available sources of authoritative information.