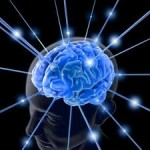 P.R. Sarkar
When a community of people follows a defective path, and later when they come to know that the path they have followed is defective, they start quarrelling amongst themselves and dividing into small groups and sub-groups. They also start disturbing good people. This happens because they don’t want to leave the old, defective path. This occurred amongst the followers of Carvak [an ancient materialist Indian philosopher].

It has also happened amongst the followers of different religions. Due to the many shortcomings in one religion and its exploitation of so-called lower caste people, many of these so-called low caste people left that religion and accepted another. When people leave their religion for no significant reason and accept another religion which suffers from ideological vacuum or is even inferior to the religion which they previously followed, they develop hysterical behaviour. They start excessively doing those things which were once prohibited to them by their previous religion. So we find that the person who has converted to another religion takes more beef than a normal member of that religion. This type of behaviour cannot be found in those who had ideologically accepted that religion.

During the time of the Mahabharata [nearly 3500 years ago] the same thing happened in the Jadu dynasty. Balaram was the elder brother of Krs’n’a and one of the main chieftains of the Jadu dynasty, but he was also an alcoholic. In the scriptures it is written that things which are harmful to the general mass should not be done in public, thus to take any kind of intoxicating substance in public is not proper. Common people followed Balaram in all respects, so when they saw him taking alcohol in public they also started taking increasing amounts of alcohol. The resulting drunkenness caused people to quarrel amongst themselves. Eventually they killed each other at Prabhash Tiirtha and the Jadu dynasty was destroyed.

People who follow a path which is devoid of ideology are bound to meet the same fate. Eventually they will destroy themselves by their infighting. Similarly, any theory which propagates such a path will also be destroyed. Some of the followers of a defective path will claim that they previously advised that the path was defective, and others will say that the path itself was not defective, but that it became defective because of the influence of particular leaders. Consequently different groups are formed. We see this situation today.

The present indication in the world is not an ideological landslide or volcanic earthquake but an ideological vacuum. An ideological vacuum has been created because what was treated as the ideological goal has been removed. Up till now, however, we may say that there was no vacuum, because although there was no proper ideology the space was occupied by some filthy articles. By dint of moral and intellectual force human beings — I do not say PROUT, but other people may say PROUT — have removed those filthy articles from the field of ideological desideratum. What was required has been done not by physical strength but by dint of moral strength and intellectual stamina. We have done the proper thing by removing those filthy articles. We should not allow something which is unhealthy for psychic development to be the goal of human beings. From now on we should be careful that we do not allow any filthy article to take the place of human desideratum.

As an ideological vacuum has been created in the world today you should approach the good people who are still following the defective path, because there is every possibility that those who are rational will leave that defective path. At the same time the last remnants of any defective theory should be immediately eradicated, and those who are intentionally misleading common people should be exposed so that they do not get any further scope to exploit the innocent masses. What is required now is that the last remnants of what was previously treated as the ideological goal must not be allowed to come back again. Those remnants must be expelled finally from the universe because they have created so many balkanizations and fissiparous tendencies in human society in the name of class unity and class struggle.

Ideology, or a’darsha (in Sanskrit), in the genuine sense is that which we look up to for guidance and inspiration to move in the proper direction. Any materialistic theory or philosophy in the name of a person, or a party, or a nation, or a class, etc. is not an ideology in the true sense of the term. Ideology involves a spiritual sense – it is an inspiration which has a parallelism with the Supreme Entity. Where an ideology exists with proper glamour then its existential value can be fully manifest.

Both capitalism and communism have failed to provide the proper ideological inspiration and desideratum to human beings. In the interests of the welfare of humanity, these systems should be replaced. PROUT is against the exploitation by capitalism and the false dogma of communism as both are detrimental to the all-round progress of human beings. You have to fight against all sorts of corruption, meanness and so-called secularism if Supreme Consciousness is the goal. Only then will you be able to maintain adjustment with this objective world.

Some people say that disparity is the order of nature, therefore there must be differences between one group and another, between rich and poor, etc. However, such a proposition is fundamentally incorrect. Instead, it is correct to say that diversity is the order of providence. One must remember that identicality is disowned by nature – nature will not support identicality. Whenever identicality occurs a sort of structural explosion (jad’asphota) takes place and the entire structure is broken into pieces. So diversity is the law of nature and identicality can never be. But diversity is not the same as disparity. Disparity encourages exploitation based on differences, while diversity recognizes multiplicity which reflects underlying unity.

This factuality is as glazy, as graceful, as glamorous and as colourful as the rising crimson sun in the eastern horizon. When the crimson sun is reflected on our faces we should understand that the entire day is ours. Victory will be ours.

From Prout in a Nutshell 15