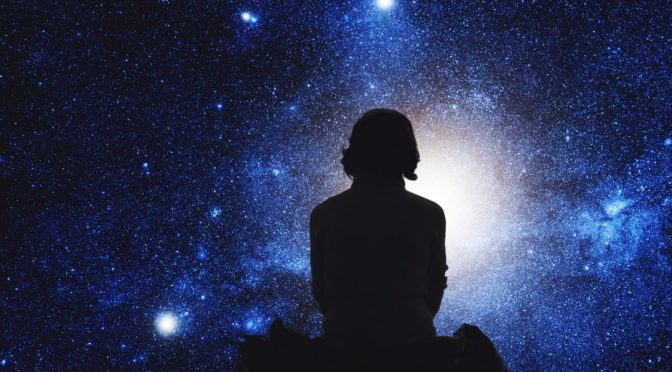 To get protection and to enjoy the manifested universe of the Supreme Entity is the birthright of each and every being.

There are three fundamental strata in the manifest universe: physical, metaphysical and causal. Over and above, there is one transcendental sphere. Such are the three strata in the human entity, too: crude, subtle and causal. And there is one reflected consciousness besides. There is no question of any development in the conscious sphere because Atman — Soul — is a non-attributed transcendental entity. Where there is imperfection and impermanence, there lies the scope for development. The movement from imperfection towards perfection is called progress. There cannot be any development in the transcendental sphere, which is perfect and eternal, though there is full scope for it in the psychic world. The crude body is made up of five rudimental factors, which are nothing but the crude manifestation of Macrocosm. These fundamental factors are the constituent parts of the physical bodies of all created beings.

The One who is the origin of all beings is the Supreme Entity. The Supreme Entity belongs to all, equally. To get protection and to enjoy the manifested universe of the Supreme Entity is the birthright of each and every being. Nobody has any right to accumulate excessive wealth. To accumulate and desire more mundane property is a crime against society and a sin against God. It is a highly immoral and antisocial action. To fight such vested interests and to wage a war against such antisocial activities is upright and sacramental.

The physical body is imperfect and impermanent because it is under the bondage of time, space and person. Human beings have an incessant and indomitable desire to liberate themselves from the bondage of relativity. If there were no such longing, there would be no intellectual development. Those who are struggling hard all the time for physical existence get little time for mental development. The problem of bread and butter will stagger the development of mind. The guarantee of equal opportunity and minimum requirements of life to all is an essentiality for the well-integrated elevation and evolution of the human personality.

The physical body cannot attain liberation from the triple bondages of time, space and person. There are and will be relative variations in the degree of bondage from individual to individual, but whatever be the ration of variations, each person will have to fight ceaselessly for their intellectual progress. Otherwise, there will be no mental growth. Struggle is the essence of life and inaction is death. Avoidance of struggle is hypocrisy.

Baser elements and vested interests that do not like to see a free and prosperous humanity, invent and advocate different kinds of “isms” to suck and exploit the ignorant masses under the guise of lifeless dogmas. In the name of “isms” they sow the seeds of dissension and fissiparous tendencies in the society to perpetuate their exploiting machinery. Human society is one and indivisible. There is no fundamental difference between one human being and another. All derive the viral juice and the life force from one and the same source. Hence talk of dissension and differentiation is against humanity.

In the Macrocosmic entity, the subtler world is above the cruder one. The same occurs in the microcosmic entity. Human beings should chain themselves to the oar for their intellectual progress. Otherwise the mind will run after crude physicalities. Due to this crude thinking or the constant superimposition of crude waves, mind will be converted into matter. Mind cannot remain stagnant. Hence everyone must contemplate higher and subtler phenomena or should take the ideation of the Cosmic Self.

The crude and the subtle mental bodies are part of the psychic body of Paramátman (Macrocosmic Soul). Hence we cannot ignore anyone. As everybody has equal rights of proper utilization of mundane potentialities for the maintenance of their physical existence, likewise everyone must be given equal opportunities for their mental progress. Inferiority complex is a kind of mental ailment. There are so many persons who think themselves inferior and useless due to poverty, lack of education and social injustice. Virtuous people and the well-wishers of society will have to arrange proper treatment for these ailing individuals and suffering humanity. But it is a matter of great regret that the so-called religious leaders have been fostering such complexes from time immemorial. By propagating different kinds of “isms” they have been exploiting the common mass. If the supporters of such fissiparous principles in the physical spheres are satans, then the advocates of such harmful theories in the intellectual sphere are polished satans. Mental development is not possible without constant endeavour to liberate oneself from physical bondage, and likewise, if there is no pauseless effort for intellectual emancipation, there will be no progress in the causal world. Intellectual pursuit is essential for intuitional development, though intellectual pursuit can bring about only a temporal emancipation.

Every movement is pulsative, both in the physical and intellectual spheres. Ordinarily this is not perceptible in the physical sphere. Pulsation means the combination of pause and speed. Where the stage of pause is experienced in the intellectual sphere, this pause is what we call intellectual liberation. The stage of mind when it becomes free from doubts and problems for a while is the state of pause or intellectual liberation. Psychic force created due to clashes in the intellectual sphere strikes the causal mind and powders it down. This finally results in the conversion of the causal mind into consciousness, or self. The intuitional faculty which emerges due to clashes in the intellectual sphere converts the mind into consciousness. But intellectual pursuits must not be directed towards physicalities. The mental river can flow in both directions: crude and subtle. If the mental current flows towards subtlety it brings about emancipation, and if the same is directed towards crudity, it tightens the knot of bondage. Wise, educated and intelligent people will chose the path of truth and immortality, and educated fools will move along the road of crudeness and darkness.