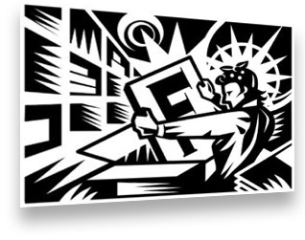 Krsnadeva
The essence of humans’ search for meaning to life and philosophical thought should have no conflict with science. What spiritual yogis said about the structure of atoms millennia ago, for example, has been found to be on the mark by modern scientists. The human quest for fulfilment and transcendence has been frustrated by consumerism and dogmatic impositions, however. Ancient knowledge states that lasting satisfaction is to be found in spiritual thought and practices.

The problem has been that delving into the world of transcendent spirituality has previously led to isolation from the world. The world has not benefited from the yogis who achieve their private bliss in the caves of the Himalayas. The realisations of the mystics have not spilled over to influence society, and esoteric thinkers have been silent about social ills.

Of late the ideas which liberated the mystics have come into wider public knowledge. They have proved very effective in inspiring people to overcome their individual problems as well as initiating social change. Environmental concerns have also made people realize what enlightened people have long asserted, namely that we are an intrinsic part of Nature and that everything is interrelated and interdependent. Such thoughts provide a proper base for environmental ethics.

The oneness of the universe is commonly experienced by astronauts during their first orbits around the planet. It is quite usual for them to gaze in rapture and talk on and on to mission control about the beauty of the world passing below them. A feeling of bliss and indescribable thrill comes over them. These experiences give an idea of the deep enlightenment experienced by spiritualists for millennia. The existential malaise of society brought about by the materialistic monoculture, in other words, can find deliverance in the spiritual theme of interrelatedness.

A spiritual base of life not only helps to expand the mind and make a person more fulfilled. It also puts us in touch with the controlling source of our world. The guiding intelligence behind Nature that our ancestors feared and sought to appease is accessible by the subtle processes of intuitional science. Tapping into inexhaustible inspiration from the very source of the universe, a person can rise above the narrow-mindedness of materialism and dogmatic ideas like sectarianism and racism.

Spiritual thinking can also complement the philosophies of the present day. The change in consciousness needed to radically change the direction of society away from materialism to sustainable existence can be brought about by a deeper perception of the value of the animate and inanimate. New social systems must have new values. In light of this, to draw up a bill of rights without taking into account animal and plant rights would be travesty, when we need them all to be able to sustain a balanced environment and the unity of the universe. Not to safeguard animals and plants that are a vital link in the food-chain, like foxes and wolves, for example, leads to imbalances and damage to crops and forests. Pollutants are one of the biggest scourges of birds and prey like the eagle and the hawks, which keep down the rat population.

Cultivating spirituality through meditation and other practice brings about an expansion of consciousness and understanding. A person feels much more in tune with the world around and the new found empathy with others stimulates a feeling of wanting to help and serve others. This awakening of our potential is also a great tool in shrugging off the mental shackles of the pseudo-culture of consumerism with which big business has burdened us.

Excerpted from the booklet PROUT, Neohumanism and Self-reliance, PRI Copenhagen, 1993