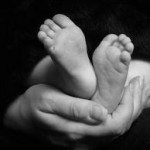 P.R. Sarkar
(January 1990, Kolkata) – No two entities of this universe are equal in all respects or in any respect. This universe is a collection of a mesh of varieties. Diversity is the law of nature and identity is not possible.

Although theories, propositions, hypotheses and different formula or formulae are the creations of different types of persons, they must not go against human psychology. One of the greatest treasures of human beings is rationality, and anything that goes against this human characteristic is bound to be eventually destroyed.

The philosophies that human beings follow can be divided into four categories:

People who follow dogma-centred philosophy believe in dogma, wrong sentiments and foolish ideas. In the past I said that many religions are dogma-centred, but in fact all religions are dogmacentred. That is why no religion can tolerate any other religion. People who follow dogma-centred philosophy exploit others in the name of providence for their own self-interest. For example, the proponents of dogma often claim that they have been blessed with divine revelation. They say that they had a dream in which God appeared before them and commanded them to do particular work, and on this pretext they exploit others to the full.

The followers of self-centred philosophy do everything only for self-interest, self-pleasure. In this case, as in the previous two, the psychic radii may vary. A big radius means that one thinks about oneself in each and every sphere of life. In self-centred philosophies, individual selfishness is the motive, as in capitalism.

The scope, avenue and jurisdiction of the God-centred universe is far, far, far bigger than that of the other three. In any clash amongst these philosophies, finally the God-centred theory will win. Similarly, whenever there is clash between self-centred and matter-centred theories, the self-centred philosophy will win. The matter-centred theory will never win. It comes as it goes after creating enormous devastation, and it dies a black death.

Communism is not logically based. It occupies a certain portion of the physical world, some portion of human sentiment and some logic. A few logical minds were influenced by it, but it is a highly defective philosophy which will cease to exist in the very near future. It will cease to exist within the range of this century.

Communism created a field at one time; now it has left a vacuum behind. There is an ideological vacuum in the world – a physical, mental and intellectual vacuum has been created by the death of communism – but it will be filled up in a short time. This vacuum has to be immediately filled with a strong guiding and controlling force. You should fill it with your intellectuo-intuitional strength. If you sit idle some other demonic non-spiritual theories can become active and occupy that vacuum, so do not encourage lethargy and procrastination. You must leave the six defects of sleep, drowsiness, fear, anger, lethargy and procrastination if you want to work for the Self and for the society.

PROUT is the only panacea. If the God-centred philosophy of PROUT does not come forward immediately to fill this vacuum, some other ideology will, because it is a law of nature that something will fill a vacuum once it has been created. If this ideological vacuum is not filled by PROUT, a great catastrophe will take place in the future because other defective philosophies will come forward. Some dogma-centred, matter-centred or self-centred theories will occupy the space. We cannot allow this to happen.

Tito let Ananda Marga work in Yugoslavia because he understood the defects of communism. Now students of Poland are also joining Ananda Marga. The ideas of PROUT are spreading throughout the world. This new day is yours.

Self-centred philosophies create differences among human beings and balkanise the human society. Matter-centred philosophies create disparity, destroying peace in the universe. In the present world we are seeing two theories moving side by side – the self-centred theory of capitalism and the matter-centred and dogma-centred theory of communism. Capitalism cannot serve humanity, while communism failed to serve humanity. Both capitalism and communism are dying. Capitalism will die a natural death, while communism died an unnatural death.

Religions sometimes survive for a long time, even though they are full of dogma. This is because they know how to twist their teachings to deny the truth and adapt to different circumstances. Their purpose is to secure the interests of a special, privileged class. Some religions have also survived because they have associated themselves with God-centred ideas, although they are not God-centred. They make some dogmatic propositions about God an important part of their teaching, and on this basis they sentimentalize the minds of the people. These sentiments penetrate deeply into the human psyche.

The main weapons of dogma-centred philosophies are:

All religions use these three types of complexes to inject superiority complexes, inferiority complexes and fear complexes into the minds of the people. They propagates parables, myths and stories to inject complexes into people’s minds. Is it not a fact? All religions are based on dogma – they are not based on logic – and they propagate their dogma through stories, myths and parables. All religions propagate that “My God is the only true God. Other Gods are false gods.” When some religions claim that their god is the only true God, it is an example of a dogma-centred proposition. All world religions are based on such dogma-centred theories.

Take the case of Hindu myths. The authors of Hindu mythologies say that the priest class (brahman) are born from the mouth of the Supreme Being (Parama Purusa), the warrior class (ks’attriya) from the arms, the merchant class (vaeshya) from the trunk and the labouring class (shudra) from the feet.

Some people say this sloka came from the Puranas, not the Rg Vedas. Teachings like this create an inferiority complex and fear complex amongst the Shúdras. What does the word “Shúdra” mean? It means “slaves of black complexion”.

There are innumerable examples of religious dogma. Communism left behind a deep negative impression in the material world, and never followed the path of shánti or peace. Materialism or matter-centred theory is more developed in communism than in Cárvaka. Cárvaka did not make any wrong interpretation against God, but communism did.

To counteract the malevolent effect of dogma-centred philosophies, the two most important factors are the development of rationality and the spread of education. Merely attending school and university classes will not necessarily have the desired effect. Stress should be placed on education which produces a high degree of rationality in the human mind, and this type of education should be spread amongst the people.

So, to counteract religious dogma we have to adopt a two-fold approach. First, the path of logic and reason must be adopted, and for this we have PROUT and neohumanism. Simultaneously, the spiritual sentiment must be inculcated in human minds as this is more powerful than the religious sentiment. For this people should be properly educated in the way of spirituality. So what should be our proper strategy? First, we should work to oppose matter-centred philosophies, which are already on the verge of extinction. Once matter-centred philosophies have been vanquished, the strength of religious dogma will be naturally weakened and finally eliminated. This will be the proper step-wise approach.

So, a vacuum has been created by the sudden, unnatural death of communism. The reason behind this is the sudden expansion of consciousness among human beings, among human minds. That sudden expansion of consciousness was created due to PROUT, neohumanism and spiritual philosophy. Communism has almost died everywhere. The stage of convulsion is going on, so we have to fill up the vacuum.

In human life socio-economic items are very important, but they are not the only thing. Those dedicated to the service of humanity and the establishment of God-centred philosophy should be strong in PROUT, especially in those countries where there was the brutal rule of communism. But socio-economic life is not the only life. There are other aspects of life, other spokes of expansion. Through PROUT and selfless service we may render temporary service to human beings as they move along the flow of life, but our spiritual philosophy is above the flow of life. Spiritual philosophy is the hub. By propagating spirituality, implementing PROUT and rendering selfless service to suffering humanity, you will be able to elevate the standard of human beings in a very short time.

As I have already said, dogma-centred, matter-centred and self-centred theories will have to be replaced by a God-centred philosophy in the very near future. So you should prepare yourself physically, intellectually, morally, intuitionally and spiritually to fill up the vacancy of the dogma-centred theories of religion, the matter-centred theory of communism and self- centred theory of capitalism, Time will not wait for us. Time will not wait for our convenience, our feasibility. This moment is the most opportune moment. There is no need to look at the calendar. Do not wait for tomorrow.

From: Prout in a Nutshell Volume 4 Part 18