Note: The below is the original discourse where P.R. Sarkar first mentioned PROUT and formulated its five fundamental principles, given on June 5, 1959 in his birthplace Jamalpur, Bihar, India. 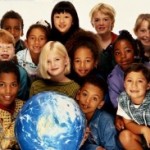 P.R. Sarkar
Spirituality is not a utopian ideal but a practical philosophy which can be practised and realized in day-to-day life, however mundane it be. Spirituality stands for evolution and elevation, and not for superstition in action or pessimism. All fissiparous tendencies and group or clan philosophies which tend to create the shackles of narrow-mindedness are in no way connected with spirituality and should be discouraged. That which leads to broadness of unison alone should be accepted. Spiritual philosophy does not recognize any distinctions and differentiations unnaturally made between one human being and another, and stands for universal fraternity.

In the present environment many fissiparous tendencies are working to divide humanity into mutually-belligerent groups. Spirituality must inculcate sense in human psychology, and develop a natural affinity amongst this species of the creation. The approach of spirituality should be psychological and rational, and should offer a touching appeal to the deepest psychic sentiments of human beings. Human beings should appreciate by a rational analysis their relationship with the Cosmic Entity and recognize the most benevolent kindness of the most beloved Entity. Spirituality should lead human beings to the one Cosmic truth from which they have derived their selves, and which is the ultimate destiny. That ultimate and absolute ideal is the Cosmic ideal – an ideal beyond the scope of time, place and person. It is the Absolute, without and beyond relativity. It stands with its own lustre for all times and for every factor of the Cosmos, may it be a human being or a less-evolved animal. The Cosmic ideal alone can be the unifying force which shall strengthen humanity to smash the bondages and abolish all narrow domestic walls of fissiparous tendencies.

All the sentiment-provoking ideas should be firmly opposed. This does not mean an attack on those sentiments, traditions and habits which are innate in human beings and which do not hamper their Cosmic development. For example, the movement for uniformity in dress for all people will be but a ridiculous and irrational approach. Different selections of dress are the result of climatic factors and corporal necessities. Moreover, dissimilarity in dress is not detrimental to world fraternity.

There will also be many zonal or regional differences as regards other traditions and customs. These should be appreciated and encouraged for the indigenous development of society. But under no circumstances should there be a compromise in principle or yielding to tendencies detrimental to the inculcation of Cosmic sentiment.

The inspiration of Cosmic sentiment will depend upon certain objective physical problems which must be solved on a collective humanitarian basis. In the relative objective sphere the following few fundamental problems must be tackled and solved. These are:

A common philosophy of life demands a clear conception in the human mind that the development of the human personality means an evolution in all the three spheres – physical, metaphysical or mental, and spiritual. Some objective materialist thinkers have held the opinion that spirituality is a utopian philosophy, bereft of practicalities pertaining to actual problems of life. Other thinkers conceived it as a wise and intelligent device to befool the toiling mass. But the logical analysis given above must have clarified to thoughtful readers that spirituality is the summum bonum of life in all its aspects.

Those who think dharma to be an individual’s concern conceive it in a very narrow sense. Dharma leads to Cosmic unity, inculcating in the individual mind Cosmic idealism. Religion, in the sense of dharma, is the unifying force in humanity. Moreover, spirituality provides a human being and humanity at large with that subtle and tremendous power with which no other power can be compared. Therefore, with spirituality as the base, a rational philosophy should be evolved to deal with the physical, psychological and socio-philosophical problems of the day. The complete rational theory dealing with all three phases – spiritual, mental and physical – of human development shall be a philosophy common to humanity in general. This will be evolutionary and ever-progressing. Of course, small details may vary according to the relative environment of the age.

Nationalism is fast getting out of date. Not only has national sentiment given humanity rude shocks in the world wars of the present century, but the social and cultural blending of the present age also shows the domination of cosmopolitanism in world affairs. Vested interests, however, continue to cause certain fissiparous tendencies. There are some who fear loss of their economic or political domination and are directly responsible for these detrimental or retrograde reactions.

Despite these obstacles, a social blending of humanity is in progress and needs a common constitutional structure to be evolved to cement the solidarity of the world. A world government is also very essential for exercising full control in certain spheres; for example, there should be only one world militia.

The world government should form certain autonomous units, not necessarily national (based on problems of education, food supply, flood control, public sentiment), which should look after mundane and supramundane problems. The boundaries of these units may be readjusted to suit any change in the environment – for instance, development in the techniques of communication. Development in the means of communication brings the different remote parts of the world nearer, and the world, therefore, grows smaller. With this well-developed swifter means of communication, units with bigger areas can work smoothly and efficiently.

A common penal code must be evolved. Legislation must be progressive and capable of gradual adjustment with the prevalent conditions. Any theory which does not hold a parallelism with the ever-changing conditions of time, place and person, is sure to decay and be lost in oblivion. Hence, there must be a never-ending effort for amendment with a view to rectification.

Crimes are acts forbidden by the law of the government concerned, and virtue and vice (puńya and pápa) are the outcome of traditional customs. The sentiments of the lawmakers are very much influenced by the prevalent traditions and customs regarding the concept of virtue and vice of the locality or of the people concerned. The sense of crime, therefore, has a parallelism with the concept of virtue and vice. The idea of virtue and vice is different in different countries. The aspirants of world fraternity should try to lessen the difference and reduce the gap amongst cardinal, moral and human laws. All those actions which help in the growth of the spiritual, mental and physical aspects of human beings in general should come under the category of virtuous deeds, and those actions which go against humanity in its spiritual, mental and physical development must come under “vice”. This conception of virtue and vice applies commonly to humanity in general.

The availability of the minimum essentialities of life plays a vital part not only in achieving world brotherhood, but also in the development of human personality. This should be tackled on a world footing, and should be based on certain fundamental presumptions. Every human being has certain minimum requirements which he or she must be guaranteed. Guaranteed availability of foodstuff, clothing, medical assistance and housing accommodation should be arranged so that human beings may be able to utilize their surplus energy (energy up till now engaged in procuring the essentialities of life) in subtler pursuits. Side by side, there should be sufficient scope for providing other amenities of the progressive age. To fulfil the above responsibilities, enough purchasing capacity should be created.

If the supply of requirements be guaranteed without any conditions of personal skill and labour, the individual may develop the psychology of idleness. The minimum requirements of every person are the same, but diversity is also the nature of creation. Special amenities should, therefore, be provided so that the diversity in skill and intelligence is fully utilized, and talent is encouraged to contribute its best towards human development. It will, therefore, be necessary to make provision for special emoluments which can cater for special amenities of life according to the age and time. But at the same time, there should be a constant effort to reduce the gap between the amount of special emoluments and the bare minimum requirements of the average individual. The guaranteed supply of minimum requirements must be liberalized by increasing the provision of special amenities pertaining to the age and also, simultaneously, by bringing about a decrease in the provision of special emoluments given to the few. This never-ending effort of proper economic adjustment must ceaselessly continue at all times with a view to assisting the spiritual, mental and physical evolution of human beings, and to let humanity develop a Cosmic sentiment for a Cosmic ideal and world fraternity.

In this socio-economic set-up people are at full liberty in the spiritual and mental spheres. This is possible because the spiritual and psychic entities for which people can aspire are themselves unlimited, and the extent of possession in this sphere does not hamper the progress of others in their quests. But the supply in the physical sphere is limited, and hence any effort for disproportionate or unrestricted acquisition of physical objects has every possibility of creating a vast majority of have-not’s, and thus hampering the spiritual, mental and physical growth of the larger majority. So, while dealing with the problem of individual liberty, it must be kept in view that individual liberty in the physical sphere must not be allowed to cross a limit whereat it is instrumental in hampering the development of the complete personality of human beings; and, at the same time, must not be so drastically curtailed that the spiritual, mental and physical growths of human beings are hampered.

Thus, the social philosophy of Ananda Marga advocates the development of the integrated personality of the individual, and also the establishment of world fraternity, inculcating in human psychology a Cosmic sentiment. The Marga advocates progressive utilization of mundane and supramundane factors of the Cosmos. The society needs a stir for life, vigour and progress, and for this Ananda Marga* advocates the Progressive Utilization Theory (PROUT), meaning thereby progressive utilization of all factors. Those who support this principle may be termed “proutists”.

The principles of Prout depend upon the following fundamental factors:

Hence, ours is a Progressive Utilization Theory (PROUT).

From Idea and Ideology

* The socio-spiritual organisation founded by P.R. Sarkar in 1955, which he led in his spiritual name Shrii Shrii Anandamurti.

Other material on One human society, Spiritual values: