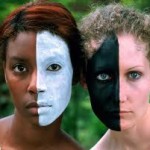 P.R. Sarkar
The universal society has only one culture. It has humanitarian value at its very fundament. Human society throughout the universe has only one human sentiment, and that sentiment makes people laugh in happiness and shed tears in sorrow. They try to help others, form society, live peacefully and die peacefully. This is what is called human culture. We should encourage this fundamental culture. It is a connecting link between one person and another, between so-called nation and nation. The self-dividing tendency is the creation of persons with vested interests. They are the demons of society. They are polished satans and warmongers. We will have to start a ceaseless and pactless fight against their activities.

The minimum necessities of human society should be guaranteed. We are not only to recognize these requirements, but also to guarantee the availability of the requirements, which includes our social responsibility of supplying individuals with purchasing power.

For a well-knit socio-economic order we require a few other factors too. They are:

A common philosophy of life. People unite on a common ideology. Unless the inhabitants of this vast planetary world accept one vital ideology, there is little chance of social synthesis. In the absence of such an ideology, quarrels among the members are inevitable. Hence a common philosophy is essential.

The absolute philosophy is the philosophy dealing with intuitional science (Brahmavidya´ in Sanskrit). It does not come within the scope of physical and relative philosophy. As far as the permanent peace and tranquillity of this planetary world is concerned, we should have a strong philosophy based on the Cosmic ideal, Brahmavidya´.

Universality in constitutional structure. Laws were framed by kings and leaders of different countries on the basis of their local traditions and sentiments. So really speaking law is an offshoot of feelings of virtue and vice and is a by-product of religious faith. The applied value of virtue and vice should be properly assessed, and laws should be framed on that fundament. For the entire universe we are to propose universal law.

Common penal code. The penal code should also be prepared on the basis of a constitutional structure. The constitution should serve as the fundament for developing a penal code.

The term “guaranteed availability” [in 1. above] deserves special mention. To give incentives to intellectuals we are to provide them with certain special amenities of life. A day will come when these special amenities will not be required, as a result of continued spiritual practices. The minimum requirements are to be guaranteed to all. Each and every human being requires clothes, medicine, housing accommodation, proper education, food for proper nourishment, etc. These demands must be fulfilled. Intellectuals, scientists and people performing special services require certain amenities. Ours will be a never-ending process to minimize the gap between these two, but as a result of minimization it will never come to zero. For example, in the present circumstances every person requires a bicycle. But leaders and intellectuals will require motor cars, and we are to guarantee these as special amenities. But after that our endeavour will be to guarantee one car per capita to the public, and at that time it will be noticed that the leaders and intellectuals require an aeroplane, and so on. So we see that the gap between the minimum necessities and the special amenities will never come to an end. Ours will be a never-ending fight to minimize the gap between the two.

The per capita income of the universe will never be uniform. The gap will remain unbridged forever. Diversity is the law of nature. If the diversity ceases to exist, the universe will also cease to exist. It is an impossibility to do away with difference. But it is part and parcel of our spiritual effort (dharma sa´dhana´) to minimize the difference in the socio-economic sphere of life.

In the economic structure of the society, the purchasing power of the people plays the most important role in their all-round physical welfare. During the period of Shayesta Khan in Bengal, rice was sold at the rate of two annas per maund [approximately twelve-and-a-half paise per forty kilos], but people were starving. It was only because there was no purchasing capacity among the people.

Liberty. Every living creature should have liberty in certain spheres of life freedom in certain spheres of life. But that liberty must not be allowed to surmount the common cause, particularly in the physical sphere. We have no right to go against the collective interest. Liberty should be drastically and mercilessly curtailed in the physical sphere, but there should be freedom in the psychic and spiritual strata, such as freedom of thought and speech, and freedom in spiritual practice.

The scope of the limitation on individual liberty should be demarcated on the principles of sin (pa´pa) and virtue (pun´ya). These have a cardinal significance. Sin means “to go against the collective interest”, and virtue means “helping the society and accelerating the collective progress”. Here the shloka of Vyasa may be accepted as the standard:

From Discourses on PROUT (no. 6)