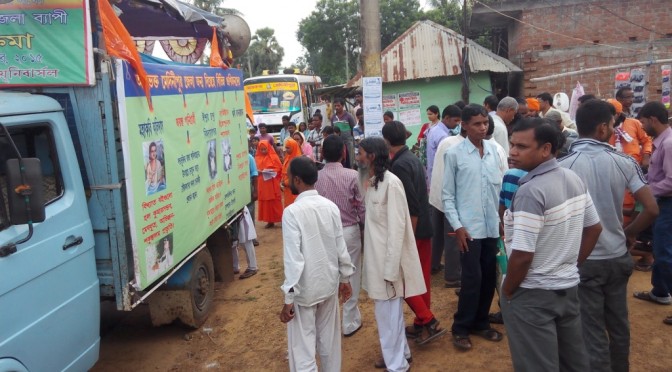 (PROUT Globe) – A four-day Prout Parikrama ("moving around") in Midnapur district of West Bengal was held to promote Prout in this significant cadre-producing district. The Parikrama started on 12th October from the Kerani tala Ananda Marga School campus. A motorcade of five four-wheelers and a bus carrying Proutists were led by 30 motorcycles. More than 50.000 leaflets were distributed. More than 130 proutists travelled together in this four-day Parikrama. Shri Asit Dutta, Proutist Universal Bhukti Pradhan of Midnapur, led the Parikrama on its first day to Chandara village, Dhedua, Baita, Basantpur, Beltikri, Kurkutshol, Binpur, Belpahari and finally Shilda. A public meeting was held at every village.

On its final day the Parikrama moved on to Goaltor, Patashol, Kadoshol, Ramgarh, lalgarh, Pirakata and reached Midnapur early in the afternoon. The best response the Parikrama got was from Goaltor villagers who offered several acres of land to promote Potato farming according to the Proutist system of integrated farming. the local outfit of Proutist Universal Farmers Federation is now planning to take advantage of this offer and start farming in the area. 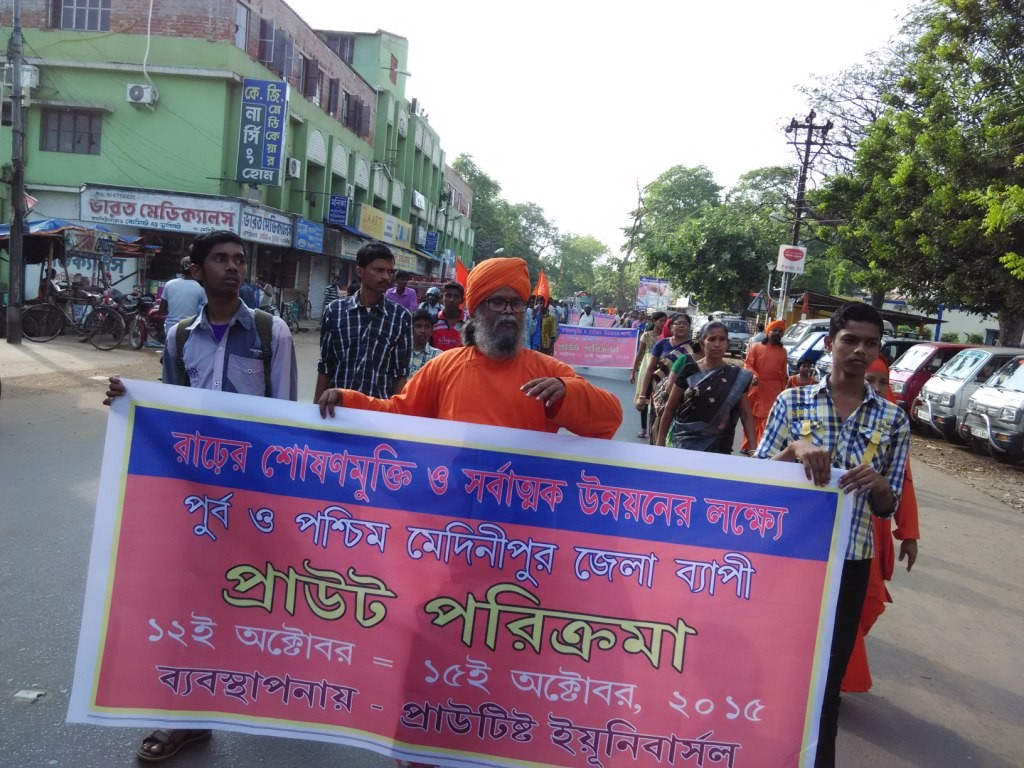 The rally in Midnapur 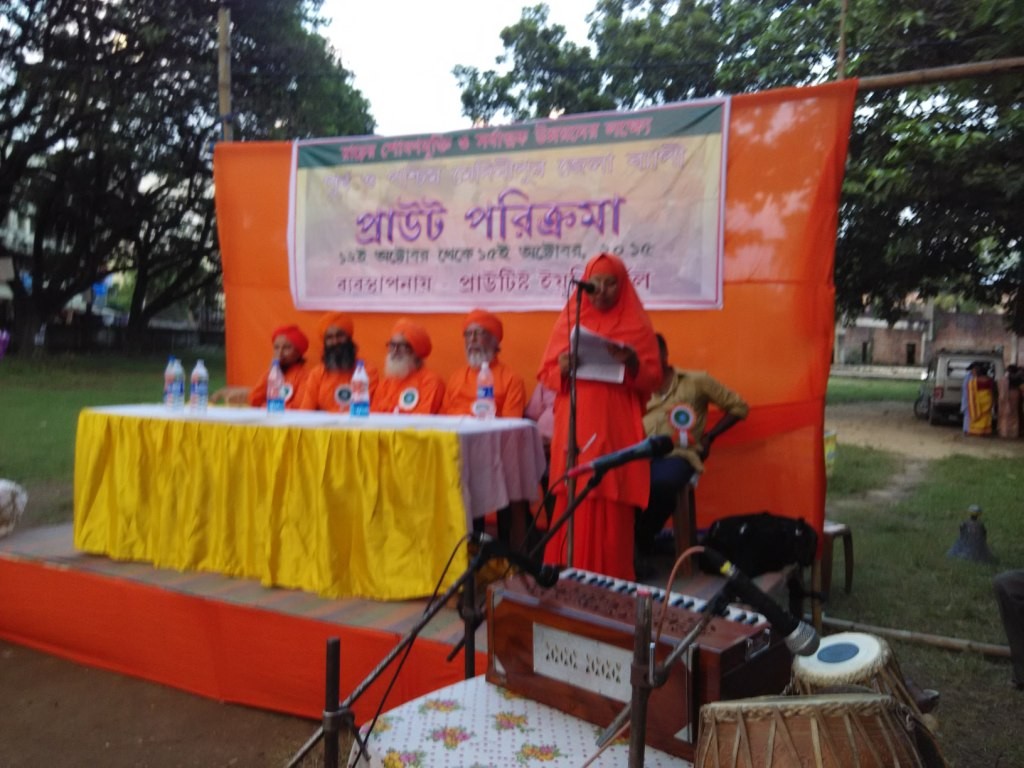 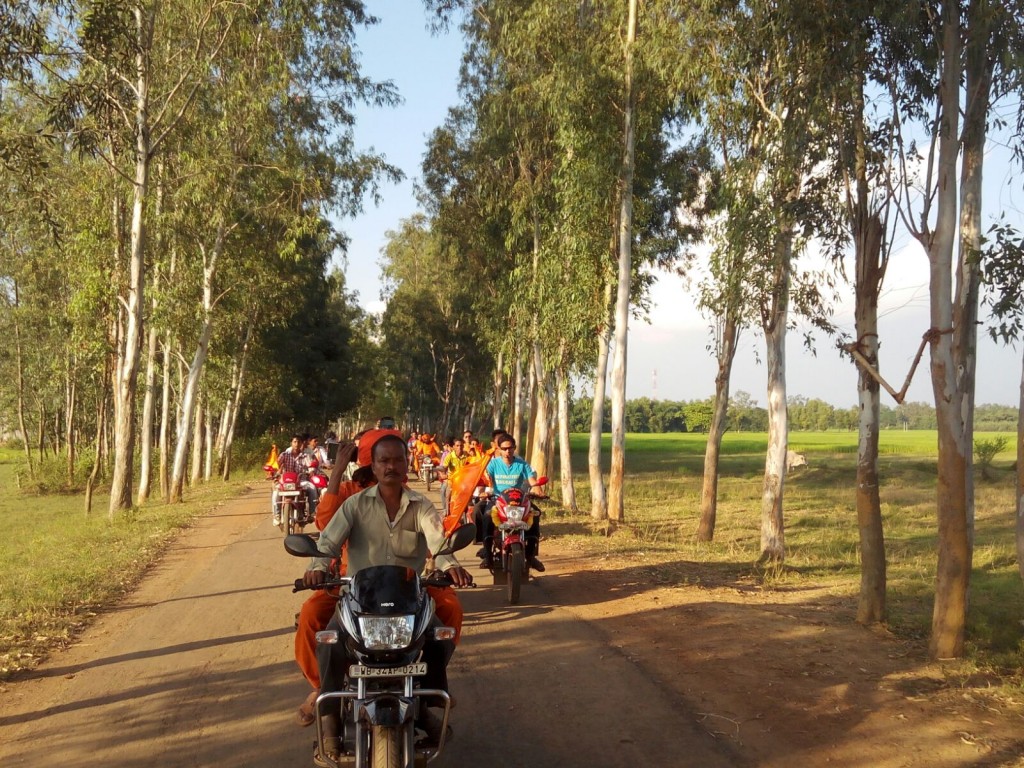 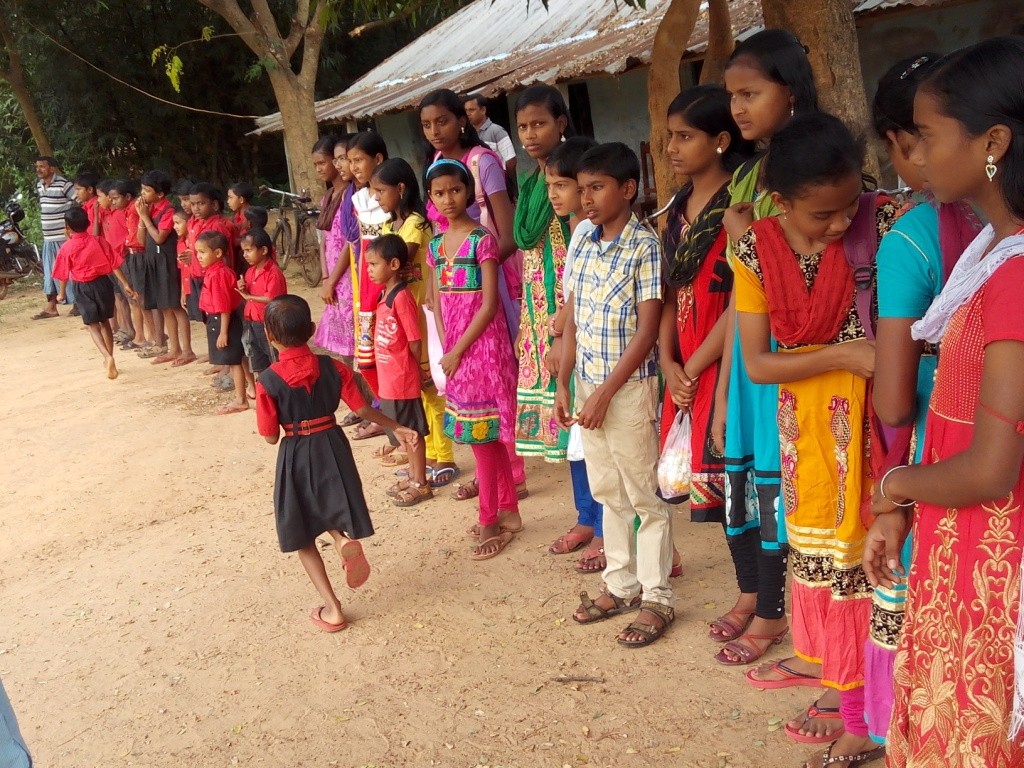 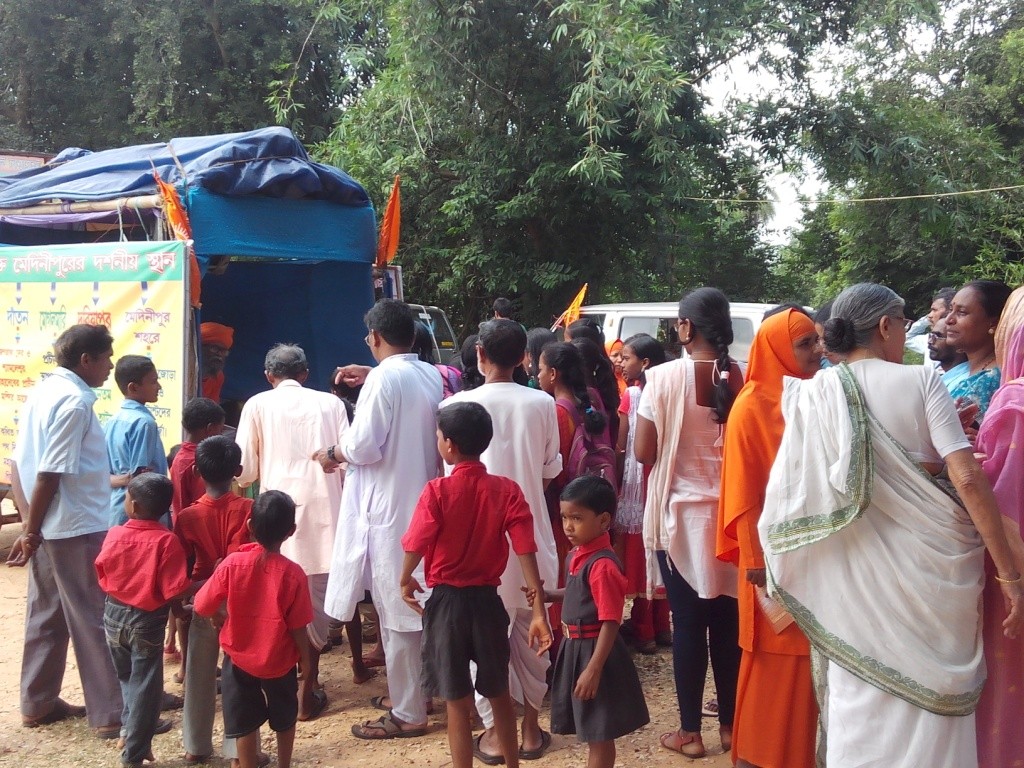 Other material on Activism, Bengal, Samaj: