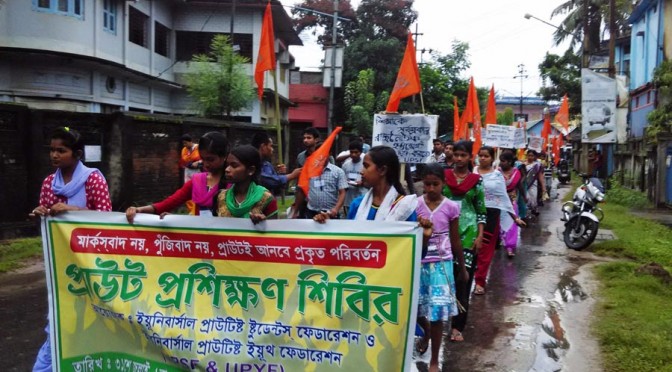 (Agartala, 2 August 2015) – A state level Universal Proutist Students Federation (UPSF) UPSF and Universal Proutist Youth Federation (UPYF) conference was held at Agartala, Tripura from 31st July to 2nd August. The conference was attended by more than 200 students from the state.
The classes on Prout were given by Ac. Kalyaneshvarnanda Avadhuta, Ac. Raviishananda Avadhuta, Shri Shubhendu Ghosh, Shri Danesh Pal and Shri Jawahar Saha. There was debate as well as an ex-tempo speech competition.
Asana, Koushiki and Tandav classes were given by DS dada, Ac. Shantashubhananda Avadhuta. Organizational class was taken by Ac. Satyanisthananda Avadhuta. There was a rally and 3 hour meeting at the central place in downtown Agartala.
Three state level committees were formed: Proutist Universal (PU) State Committee (Shri Goutam Ghosh is Secretary), UPYF Committee (Shri Prabir Debnath is the secretary) and UPSF committee (Shri Sourabh Pratim Sarma is the secretary). 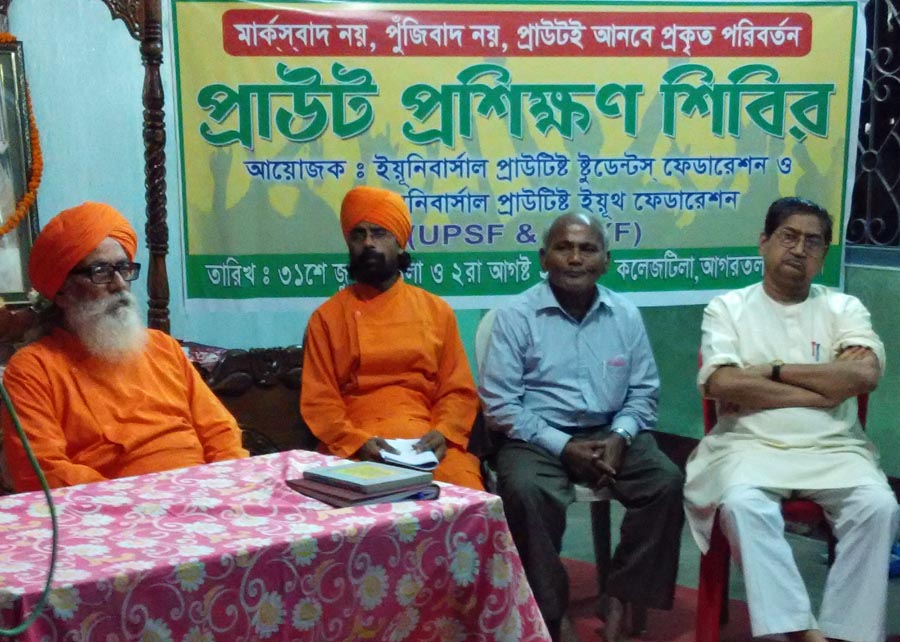 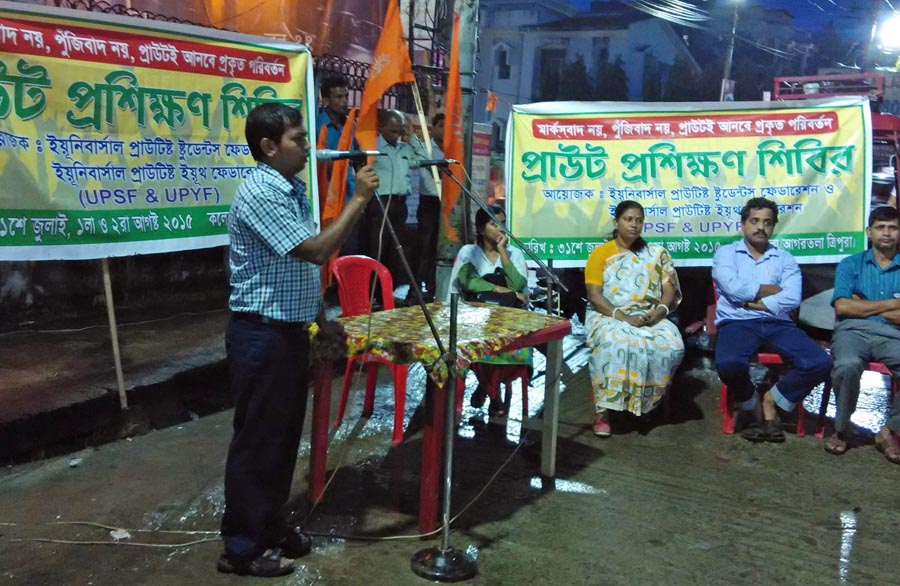 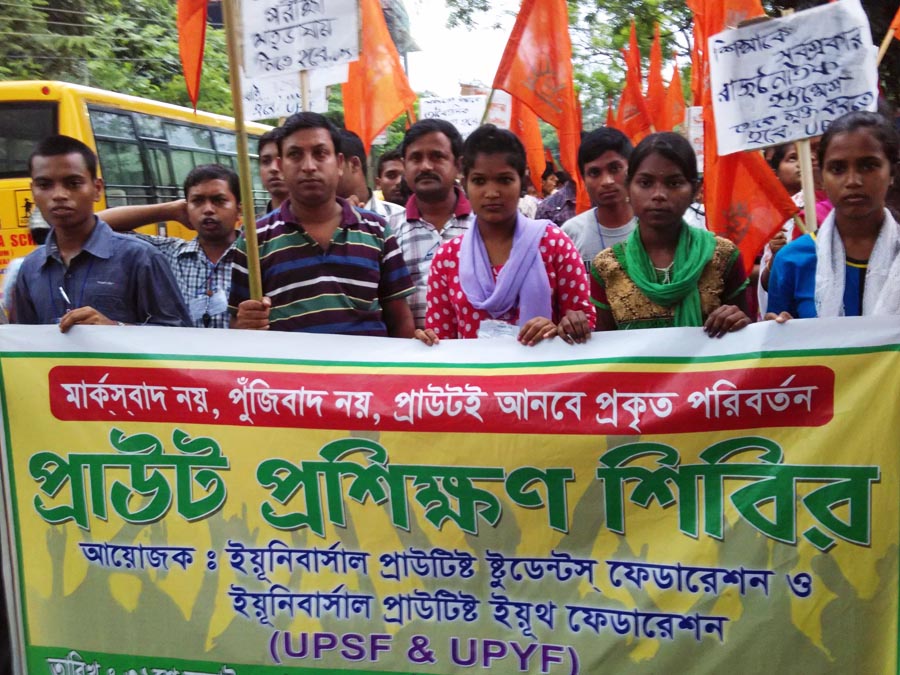 One thought on “UPSF/UPYF Conference At Agartala”