“The Gorkhaland movement, which is demanding a few districts in the northern part of West Bengal, has reached a climax. The Gorkhas, who had settled there from outside the state, are now demanding the formation of a separate state by taking advantage of their Indian citizenship. They have launched regular agitations, called strikes, looted, plundered, burnt property, murdered and virtually brought the law and order situation to a stand still. In fact, the barbaric call for “An eye for an eye” has been the dominant political slogan, and now there is no rule of law in the Darjeeling district of West Bengal. – P.R Sarkar, “Gorkhaland”, read the whole discourse
The below are recent news clippings featuring native PROUT activists campaigning against the establishment of a Gorkha (Nepali) state in Bengal. 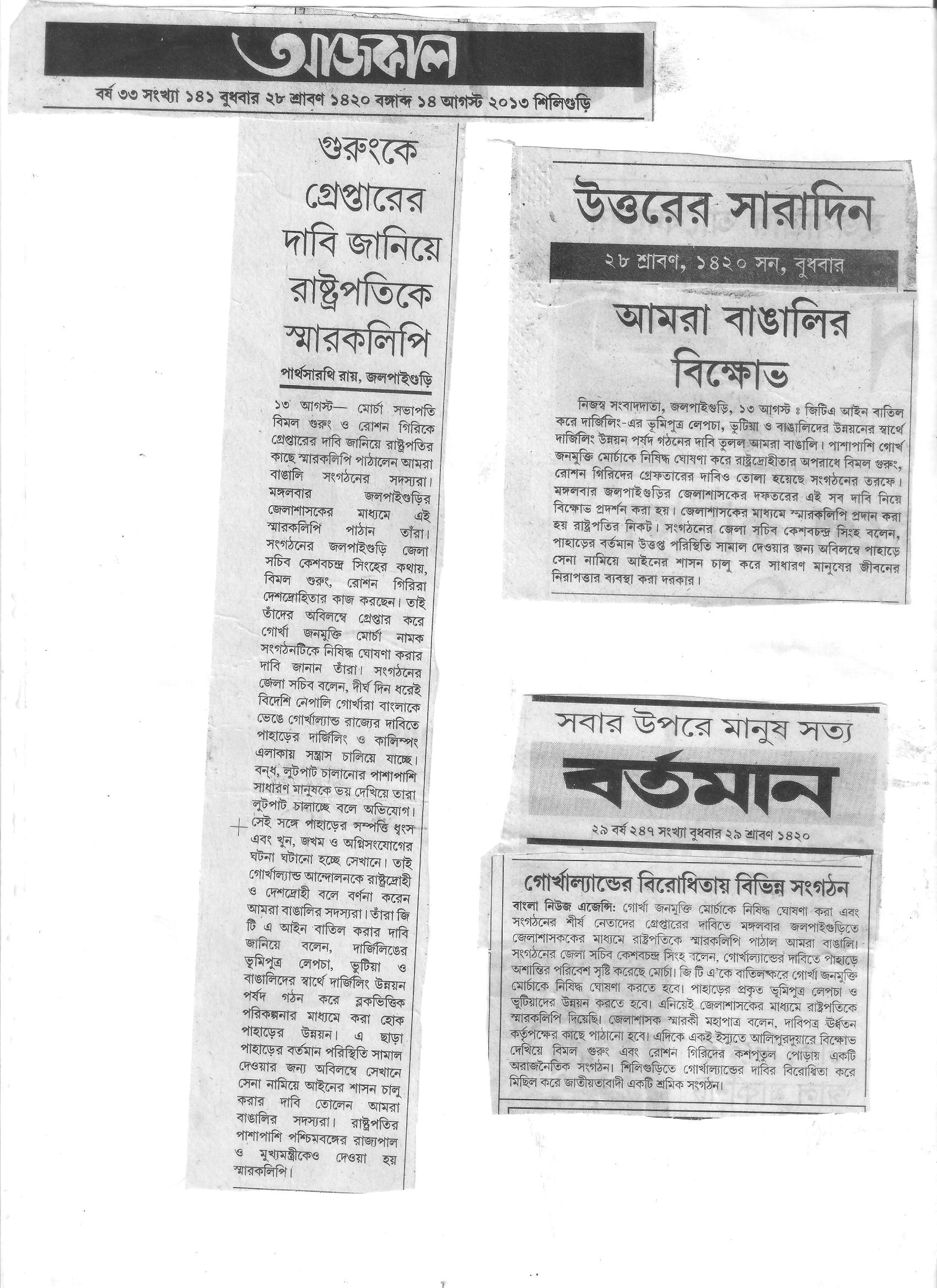 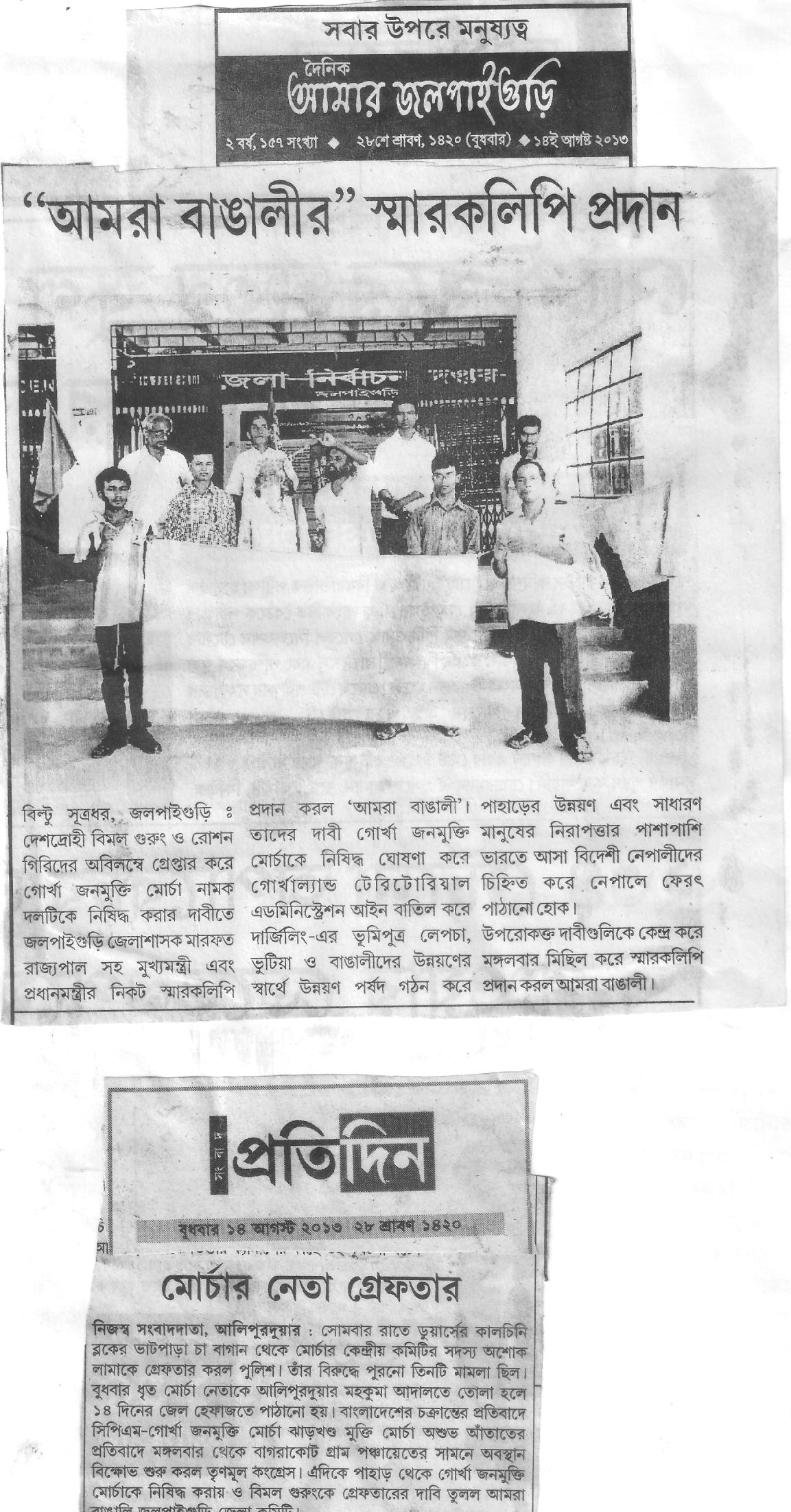 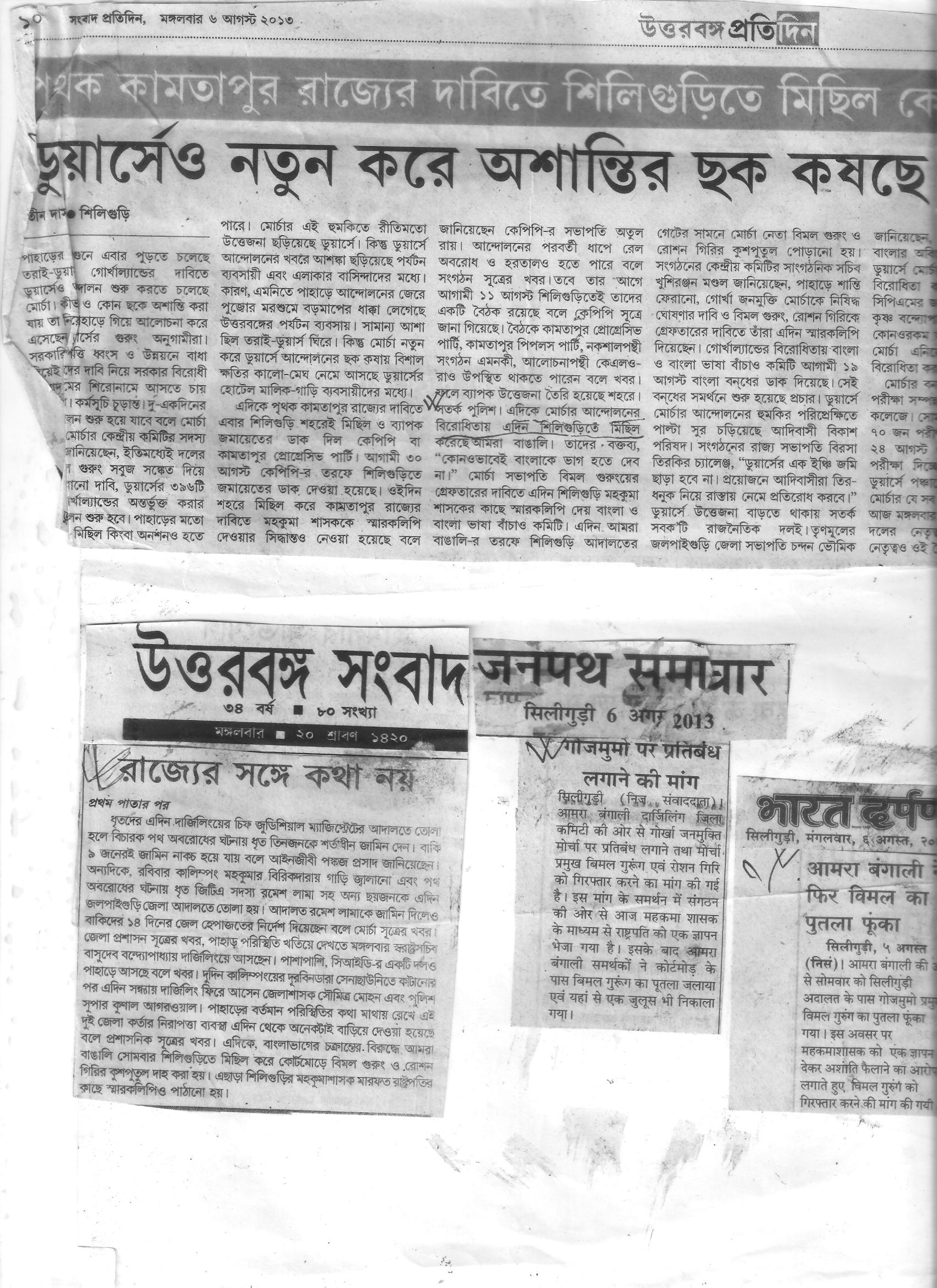 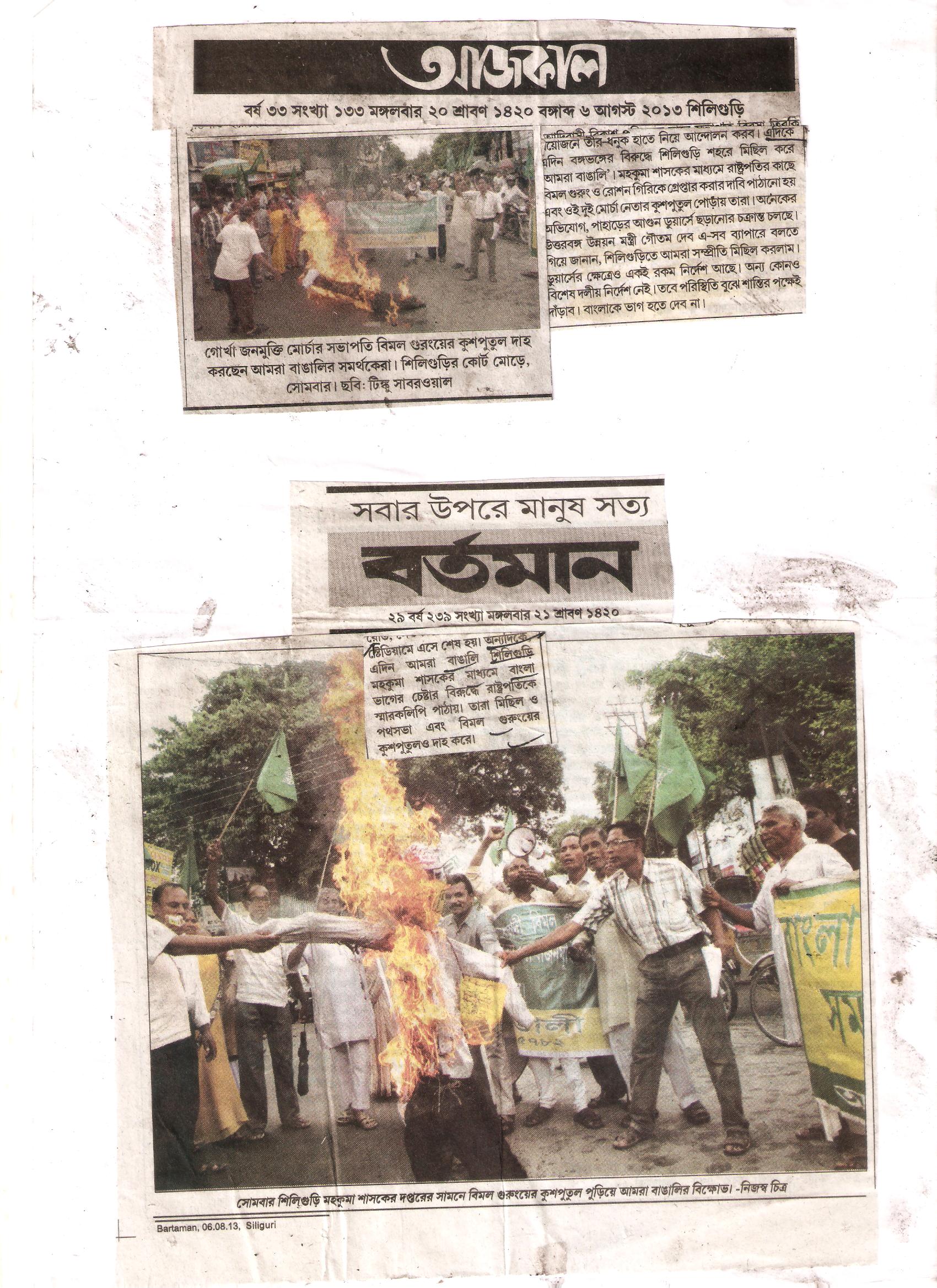 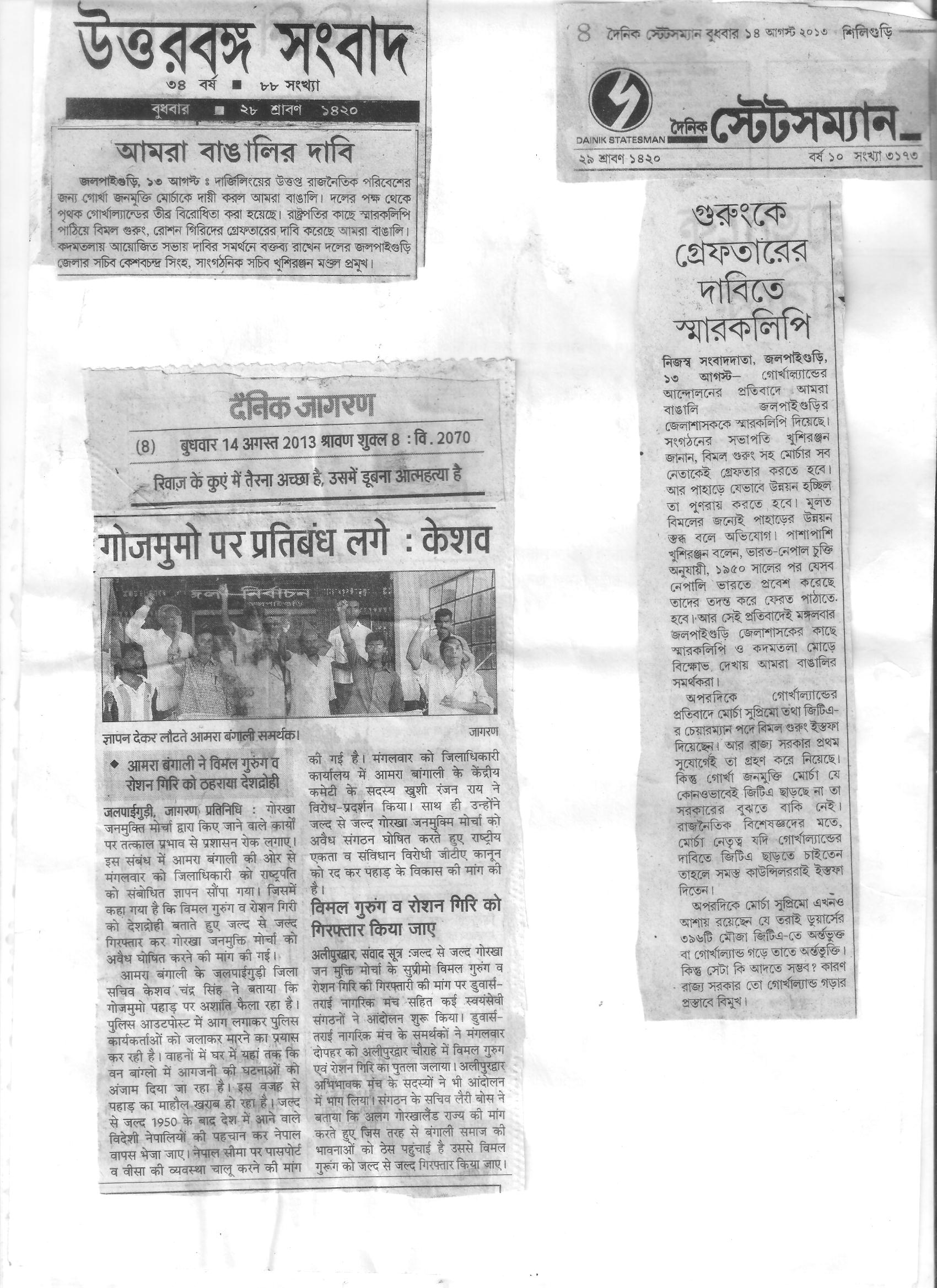 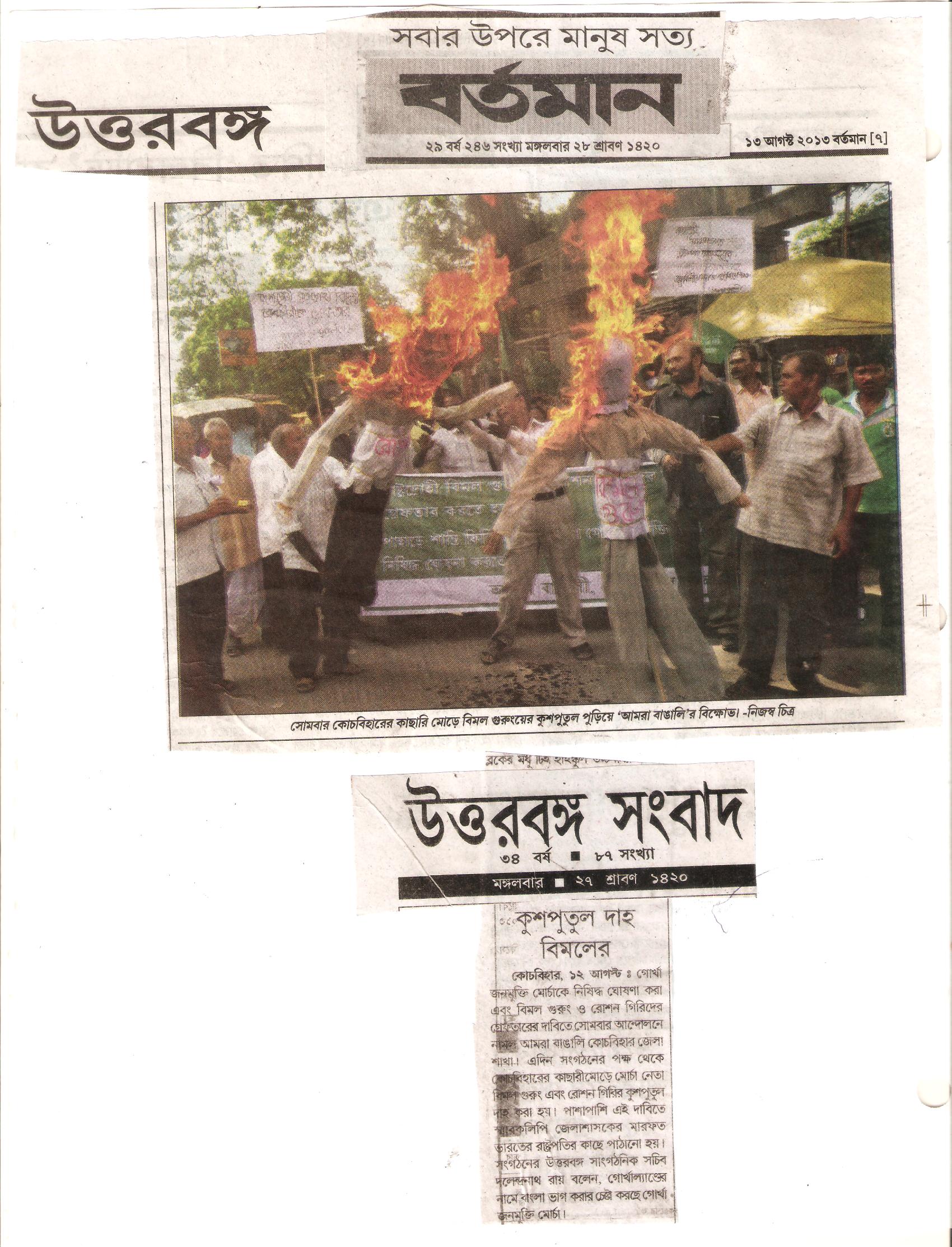 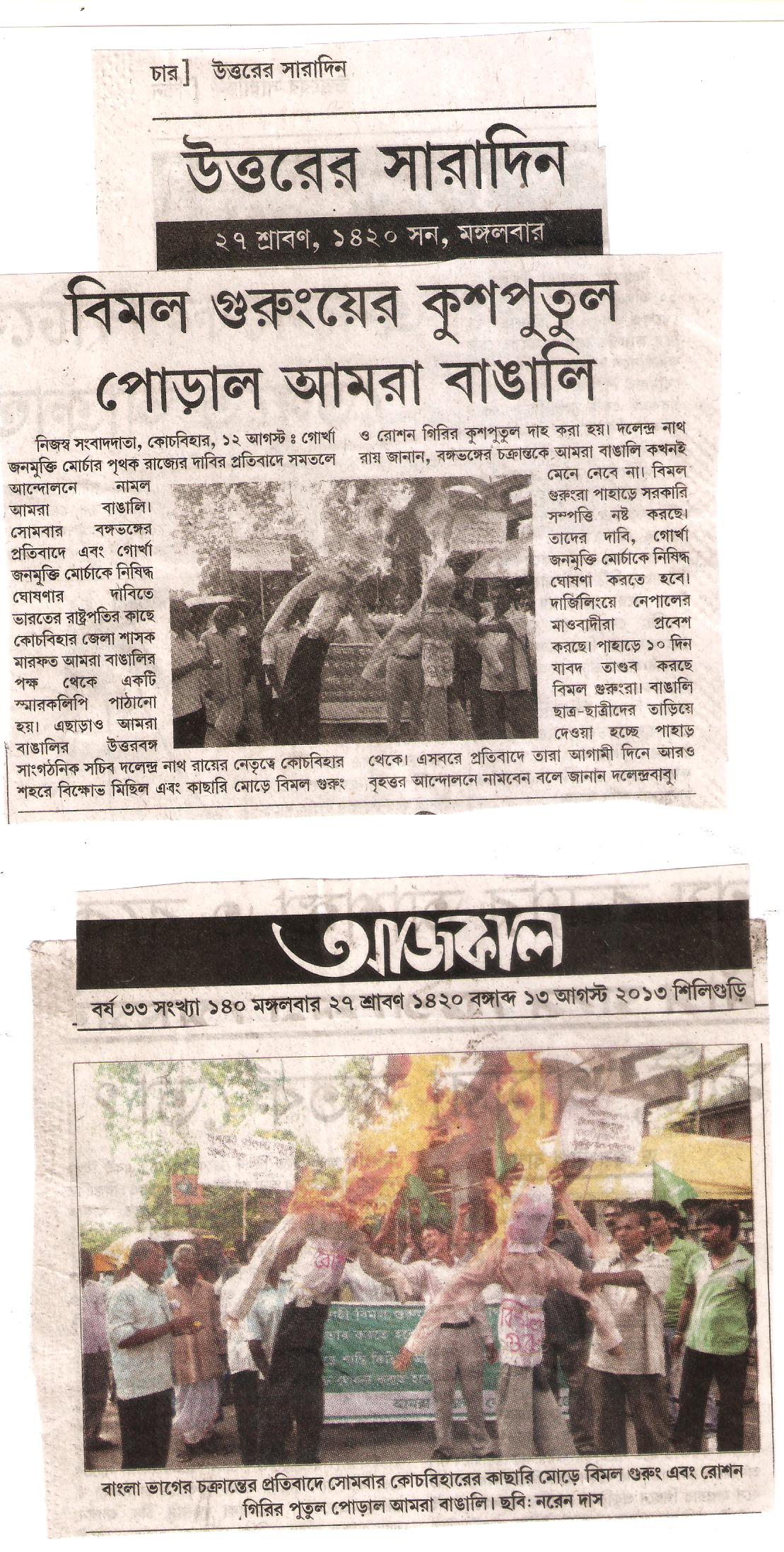