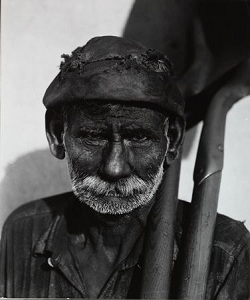 (PROUT Globe, 2011) – We human beings would first and foremost like to be able to feed, clothe, house, educate, etc. ourselves. Then move on further. We don’t need profit for profit’s sake. All we really need and want is to progress in life. This is the essence of real economy. What sets real people from the unreal is their ability to understand  fundamental economic requirements.

The power centres of economic unrealism today are the world’s stock exchanges. Once upon a time these institutions were meant to be places were people would go to seek out worthwhile enterprises for investment. However, this system always had an undercurrent of speculation, exploitation and gambling to it. Today the speculative aspects of the world economy have grown into a tsunami of colossal speculation bubbles that threatens to blow us all out of the water:

Capitalism promotes increased centralization of ownership of wealth into the hands of an increasingly few. The resultant tiny minority of the super-wealthy and financially most powerful becomes alienated from the reality of the masses. The unreal, inflated speculative economy of the current financial trading system does not in the least address the real needs of actual human beings.

The share of all people in the United States who fell below the poverty line rose to 15.1% in 2010 from 14.3% in 2009. All over the world about 1.7 billion people live without access to clean and fresh water, nutrition, health care, education, clothing and shelter. Many, many more live in relative poverty lacking a usual or socially acceptable level of resources or income.

The virtual world of speculation in derivatives continues to impact our own real world very seriously. The main reason for unreal economy’s destructive influence is that its speculative instruments have nothing to do with the real values of our world. The damaging effect of the speculators’ unreal world view is seen in everything, from when a company’s shares do not gain even when that company delivers very well (but not well enough according to speculators) to the fact that unreal world speculators rarely invest their enormous riches in areas of the real world that require investments very badly. This is also the reason why we get capitalist recessions and depressions. Hugely influential investors remain unwilling to invest their colossal wealth in a bearish market. They just feel they don’t have enough and do not want to lose anything.

The gambling mechanisms of the world’s stock exchanges need to go and those institutions should be closed down for the real economy to start growing again. We all need to get back to real life with a strong focus on localisation in all its crude and subtle aspects.

A goodbye to the dominating institutions of speculative risk-taking means that we would welcome another system of conducting trade, finance, etc. This would in fact involve a paradigm shift. We are all part of a major shift and transition from a system that has gone exploitative to something new and promising that we do not fully understand or grasp yet. Right now human beings all over the world are struggling hard to go from unreal to new real.