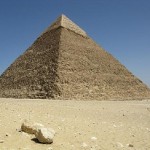 Jayanta Kumar
Multinational corporations (MCs) are the first institutions in human history dedicated to centralized economic planning on a world scale. Their primary purpose is to organize and integrate global economic activity in order to maximize profits, and each part of the structure is expected to serve the whole. At present the World Trade Organization (WTO) is the main organizational body for the enhancement of the cause of global capitalism.

The MCs measure their success and failure not by the balance sheet of any individual subsidiary, or by the suitability of the products they produce, or by their social impact upon a particular country, but by their growth in global profits and global market shares. Their fundamental assumption is that the growth of the whole company enhances the welfare of its parts.

For MCs the boundaries that separate one nation from another are no more real than the equator. National boundaries are merely convenient demarcations of ethnic, linguistic and cultural legacies and do not define business requirements or consumer trends. Once a company accepts the notion of the global market place, one country is not viewed as a distinct customer requiring particular products, but as an extension of a single market.

The rise of MCs has produced an organizational revolution as profound in its material implications as the industrial revolution and the rise of the nation-state. If the annual sales of an MC are compared with the gross national product of various countries, then General Motors is bigger than Switzerland, Pakistan and South Africa; Royal Dutch Shell is bigger than Iran, Venezuela and Turkey; and Good Year Tyre is bigger than Saudi Arabia. The average growth rate of the most successful global corporations is two to three times that of the most developed countries, including the United States.

The power of the MCs lies in their ability to transform the world political economy, and in doing so, to transform the role of the nation-state. It is power that comes from controlling the means of creating wealth on a worldwide scale. The daily business decisions of managers in firms like GM, Microsoft, IBM, GE, Shell, Exxon, Pepsico and a few hundred others have more impact than those of most governments on where people live, what work, if any, they will do, how they will work, what they will eat, drink and wear, what sort of knowledge schools and universities will encourage, and what kind of society future generations will inherit. The managers of MCs are demanding and taking the power to transcend nation-states and to transform them as they choose.

In terms of management and ownership, all significant MCs are American, British, Dutch, German, French, Swiss, Italian, Canadian, Swedish or Japanese; and most of course are American. According to the ideology a MC does not owe more loyalty to one country than any other, and does not put the welfare of any country in which it does business above the welfare of any other. Yet the top 120 U.S.-based MCs earn higher rates of profit abroad than from domestic corporations, and during recent decades U.S.-based corporations have shifted more of their total assets overseas. “Investment abroad is investment in America” is the rather self-defeating slogan of the U.S. MCs.

Two important features of the multinational nature of global corporations are the internationalization of production and not the least the internationalization of finance. International production means that widely dispersed facilities can, thanks to innovations such as containerized shipping and the Internet, be integrated into a global factory, which has no geographical ties. International finance means that corporations can borrow money from virtually everywhere in the world. Through the extreme use of highly attuned computerized systems, MCs are in a unique position to not only play but also influence the world capital and currency markets by their well-calculated strategies of long and short-term moves.

In addition, the global payroll has produced dramatic changes in world labor markets. In this area the basic strategy of MCs is the international division of labor. Top management is recruited from rich countries and workers increasingly come from the low wage areas of poor countries. Via the Internet a boss situated in the U.S. may even employ his or her secretaries from India and just keep them stationed there. For the global corporation this is an ideal arrangement. While automation continues to reduce the amount of labor relative to the amount of capital used in production, wage differentials are becoming more critical in maintaining profit margins as the MCs increasingly compete among themselves.

Another feature of the MCs is the creation of the global consumer. Corporations seeking to ‘capitalize on international opportunities’ must understand the cultural anthropology of the market place. Corporate management commissions extensive research to discover the hopes, fears and desires of people in different parts of the world so that they can tailor-make their products and sales pitch to influence and direct the ‘world revolution of human expectations’. Increasingly, through advertising, the media and the propagation of pseudo-culture, corporate management seeks to condition people to a social, cultural and economic dependence on their products.

The most devastating impact of MCs is on the lives of poor people in poor countries. The central strategy of the WTO is the creation of a global economic environment that will ensure stability, expansion and high profits for themselves. The implementation of this strategy depends upon the control of the three basic components of corporation power – capital, technology and marketplace ideology. The corporation naturally uses these components of power to promote its growth and profitability with the consequence that it has an adverse effect on the distribution of income and employment levels in poor countries around the world.

Corporations claim they are sources of much needed capital in poor countries, and through its provision, they are the engines of development. But this claim is a myth. The practice of MCs in South America, for example, has been to use scarce local capital for their local operations rather than inject capital from the U.S. or the E.U. Individual investors and banks are generally quite happy to lend money to MCs in preference to a local entrepreneur who has no worldwide credit backing. More importantly, well over 50% of the profits of the U.S. corporations operating in South America are repatriated to the U.S. each year, meaning in effect that poor countries are subsidizing the rich countries. In addition, MCs do not help solve the balance of payments problems of poor countries, because for the most part they buy and sell commodities from subsidiaries of their own company at artificially inflated prices, which have little positive bearing on local markets. If these prices do correlate with local markets, for the most part they are inflationary.

The second claim of the MCs is that they transfer technology to poor countries. This claim is also a myth, mainly because the suppliers of the technology, the corporations, and the recipients of the technology, the poor countries, have conflicting interests, and the bargaining power is on the side of the corporations. For example, transfer of technology contracts between multinationals and their subsidiaries generally totally prohibit the use of the transferred technology for producing exports. If the local firm is permitted to export, it is usually to neighboring markets too small to be of interest to the global giants. At the same time, global corporations consistently overcharge for the technology they transfer, and in order to further their own interests, they transfer the sort of technology the poor countries least need. But the most devastating effect of the technology is that it destroys jobs. Millions of people live in shanty towns and slums on the edge of large cities of South America, and this marginal population is increasing at the rate of at least 15 percent a year.

The third source of power of the MCs in poor countries is their control over ideology – over the values and attitudes that govern how people live. Through TV movies, books, magazines, advertisements, popular culture, fads and trends, clothing, lifestyle, leisure activities etc., global corporations exert tremendous influences on how people live. In poor countries the global corporations market the same dreams that they sell in rich nations, stimulating consumption in low-income groups for luxury items and accommodating local tastes to globally distributed products. Studies suggest that the poor readily embrace the pseudo-culture marketed by the global corporations as a way of escaping from their poverty and misery. More insidious still are the marketing strategies for products like food and medicines, which make wildly outlandish claims, encouraging unsuspecting consumers to buy useless or harmful products. The dumping of drugs and chemicals in poor countries, which are outlawed in the rich ones, is a common practice.

Short of armed revolution there is little the exploited poor can do to counteract the onslaught of the global giants. The most workable strategy to oppose the hegemony of the multinational corporations is the simultaneous cultural and economic development of a country. This approach counters the pseudo-culture of the global corporations and develops a strong sense of community on the one hand, and eradicates outside economic intervention yet holds the promise of increasing the standard of living of people on the other. Such a strategy would inevitably precipitate open conflict with the global giants, but unless the poor nations adopt a position of well organized struggle, they lose everything and stand to gain nothing.