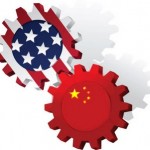 (Delhi, November 2009) – In a presentation to the Global PROUT Convention in the Indian capital, Dr. Susmit Kumar foresaw a total collapse of the American economy and a global economic tsunami. As a consequence of present global monetary and trade policies China will have $6 trillion in foreign exchange (FOREX) by 2015, up from $2.6 t today. By then China will exercise virtual control over US dollar and the entire world economy. Trailing China is Japan with $1 t in FOREX (at a standstill for the last 10 years), Russia with about $500 b, and India with $350-400 b. Dr. Kumar argued that none of these will be a competitor for China in the global economy. The scenario spells doomsday for the present US and world economy.

Dr. Kumar is the author of The Modernization Islam and the Creation of A Multipolar World Order and is the President of the PROUT Institute of United States.