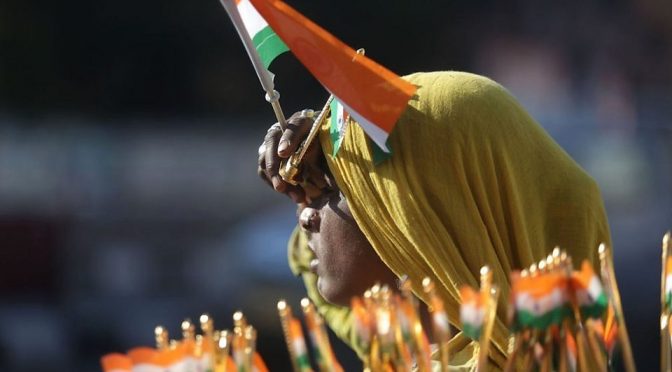 Currently, nearly all economies, including the Indian economy, are facing a downturn. But the downturn of the Indian economy is much worse than others, mainly due to the record NPA (Non-Performing Assets) of the banking and non-banking financial sectors, as shown in Chart 1, which is the highest among the large economies. The record NPA is not due to any faulty policy of the Modi administration, which took over in 2014. Instead, it is due to large scale corruption during the Congress-led UPA governments from 2004 to 2014. During that period banks were forced to provide loans to dubious people after getting calls from the highest level of the government. The NPA has grown from 2.5% of total loans in 2011 to 10% in 2018. Without this record increase in NPA, the Modi administration would have been able to use this same 7.5% money (of outstanding loans) to jump-start the economy.

Is such an accumulation of wealth in a few hands good for the labour market, or could economic development do with a more decentralized model?

It is common knowledge that different people do different things with money. If you give one crore rupee to:

Now you can calculate how many jobs would be created in each of these three scenarios. This is the main reason behind the present Indian as well as the global economic crisis. Nearly all the major countries are becoming wealthier at the expense of others. In nearly all the major countries, rich are becoming richer at the expense of others (chart 6).

The recent reduction in corporate tax during the Republican administrations—Bush, Jr. (2001-2008) and now Trump—in the US has increased budget deficits tremendously (Chart 5). Despite record low-interest rate (Chart 4), the US economy has witnessed jobless growth for more than a decade. Hence interest rate reduction by Reserve Bank of India would not significantly improve the Indian economy.

In fact, the reduced corporate tax would worsen India’s already faltering economy as it would further increase income inequality, and make a hole in the budget. It would have better to spend the same money on creating direct jobs for the middle and lower classes who would spend their income in the consumer retail markets and thereby create further jobs.

The Modi administration needs to reduce wealth inequality by taxing the rich. The collected tax should be spent on projects that would directly create jobs for the middle and lower classes. Otherwise, the economic situation is going to deteriorate further.

The Wall Street (share market) bankers are making millions and billions by transferring money from one place to another simply by the click of a mouse. Significant numbers of the financial instruments, being used by the Wall Street bankers/investors (and in share markets worldwide) to make an outrageous amount of money, have been made legal only in recent decades. For example, stock buyback was illegal until the US Securities and Exchange Commission (SEC) made it legal in 1982 during the Reagan Presidency. Till the 1970s, only about 10% of corporate profits were given to the shareholders whereas now this ratio is much more than 50% to 60%. This is one of the main reasons for the galloping wealth inequality. Nowhere is it written that most corporate profit should go to shareholders. The financial instruments, used by the share market bankers to make an outrageous amount of money, are not their birthright. These financial instruments exist because the government allow them. It is high time that the government intervene to level the playing field for both the rich and the poor as it is mainly the tremendous amount of corporate profit given to the shareholders which are behind the income inequality worldwide.

Chart 5 Note: The increase in the budget deficit from 2008 to 2010 was due to Bush Jr and Obama stimulus to overcome the 2008 Great Depression.