(June 2012) – Dr. Susmit Kumar is the author of Casino Capitalism (iUniverse) and other litterature on the present global economic situation and Islam. Recently he talked to PROUT Globe about the deficits of countries in economic crisis. 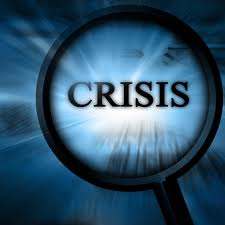 PG: What is main cause of the current economic crisis in Europe?

SK: It depends on your perspective. Socio-economically speaking jobs disappearing overseas – "outsourcing" – is a main blight of those western economies that now find themselves in a severe crisis.

PG: Why are some countries in severe crisis and others not?

Over the last 6-7 years domestic and foreign banks in the crisis-stricken countries have invested heavily in non-productive sectors such as trading, finance and real estate. These banks invest to get maximum returns and they can get such returns in this type of risky markets. As a result of their hazardous investments, the economies of these countries typically boomed, or “bubbled”, thereby keeping their budget deficits artificially in check.

PG: What is happening now?

SK: Following the 2008 Great Recession, most western countries have suffered from the effects of the collapse in real estate. As a consequence their budget deficits have deepened further. The countries in such a severe crisis have been hurt the most however as a result of their losses in terms of jobs and of revenue collection due to massive outsourcing and subsequent capitalist madcap investment trends.

Pressure from the IMF has forced the PIIGS countries to start paying back their foreign investors who made loans to private sector operators in those countries, something that has caused further severe increases in their budget deficits.

PG: Why is the US still able to cope in spite of being the world's largest debtor nation?

SK: Let me give you a practical example. Although India along with many other countries never had the problem of budget deficits, it has been devaluing its currency at the rate of ten percent over the last twenty years in order to pay for its trade deficits. In 2011 the Indian rupee was depreciated by nearly twenty percent. Like all other countries, except the US, India is not in a position to print more of its currency to fund its trade deficit. The US on the other hand, taking advantage of its dollar being the global currency, has been printing dollars for the last 30 years to fund its budget and trade deficits.

Despite generating significant trade deficits, the US has seen its currency rise in value against all currencies, except the Chinese yuan and western currencies. Had the US dollar not been the global currency – “print on demand” – the US economy would have faced a crisis on a par with the current economic crisis twenty years ago, which would have then resulted in a crash of the US dollar.

PG: What may be the implications in other countries of all this?

SK: Again, India never had a budget deficit problem but its ongoing currency crash results in inflation causing an increase in both trade and budget deficits. India imports nearly 75% of its petrol. Hence an escalating crash of the Indian currency will cause petrol prices to shoot up, resulting in an avalanche of price rises across the board due to higher transportation costs. Hence there is an urgent need for:

PG: How long can the US dollar hold up, do you think?

SK: Not for very much longer, I'm afraid. I don't deal in forecasting or prophecies but I see no way the US economy can hold up for long. With its fall the entire global economy and world order as we know it will fall into disarray.

Dr. Susmit Kumar's Karma, Mind, and Quest for Happiness on spiritual science is available from Amazon and other bookstores.