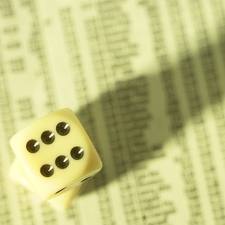 Due to the rise in investments in commodity markets, the global prices of commodities such as gas, corn, wheat, rice, and potatoes are going through the roof. These prices are not determined by demand and supply but by investors, who in almost all cases do not take physical possession of these commodities, except maybe precious metals, at all.

In mid-2011, the gold price was up by 40 percent from a year earlier. This tremendous rise in gold price is not because of a sudden increase in the number of users of gold or a sudden drop in supply. The rise of price is due to investors. The same is true for the steep rises in consumer items such as gas, wheat, onions, corn, and potatoes.

It is worth noting that the required down payment for purchase of a commodity on a future date is only 10 percent. Hence one can buy $1 billion worth of a commodity (petrol, wheat, corn, rice, copper, silver, etc.) with only $100 million at one’s disposal. If the price goes up by 10 percent in a week, the commodity speculator can make $100 million by selling the contract (i.e., 100 percent return in just one week).

In November 2010, silver and copper were 44 percent and 25 percent, respectively, above May 2010 prices. In late 2010, JPMorgan Chase bought $1.5 billion worth of copper contracts, more than half of 350,000 tones of reserves, on the London Metal Exchange, pushing the price of immediate delivery of copper to a record level.

In 2008, twenty-seven barrels of crude were being traded every day on the New York Mercantile Exchange for every one barrel of oil that was actually being consumed in the United States. [i] It is said that we are paying as much as 40 percent more in gas price due to the speculators. Hence if you spend $250 a month on gas, you are paying $1,200 a year to speculators.

Food prices have skyrocketed. The World Bank’s food price index rose by 15 percent between October 2010 and January 2011, and was 29 percent above its level a year earlier. In early 2011, wheat and corn rose 85 percent and 87 percent, respectively, in just one year at the Chicago Board of Trade. [ii]

The money invested in commodity index funds and commodity derivatives went up from $13 billion in 2003 to $250 billion in early 2008. It is alleged that Goldman made a $1 billion profit in trading in the food market in 2009. In 2010, Armajaro, a hedge fund, was said to have bought 240,000 tons of cocoa beans, driving the price of cocoa still higher.

In India, food prices have tripled in the last four years. In 2009, the total turnover of the potato at commodity exchanges in India was four million tons, but the actual delivery was only seven thousand tons. That means 99.82 percent of the trade was mere speculation on paper. [iii] Out of the 8,038.42 billion rupees turnover of 2009 at India’s National Commodity Exchange (NCDEX), delivery was 0.28 percent (2.2 billion rupees). [iv]

Other material on Centralisation of wealth, Susmit Kumar: