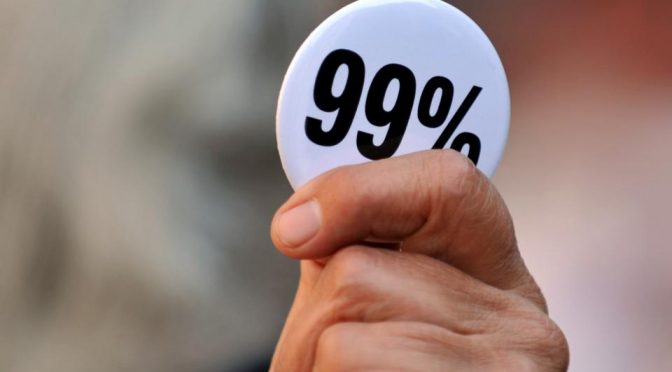 If the capital is concentrated in the hands of a few individuals or state, the majority of people are exploited by a handful of people. As a result of this process of severe exploitation, a serious explosion takes place. This explosion is known as a depression in the economic world. The concentration of wealth and particularly the concentration in the value of wealth is the fundamental cause of depression. – Shrii Prabhat Rainjan Sarkar

No individual should be allowed to accumulate any physical wealth without clear permission or approval by the collective body.
– Prout’s 1st fundamental principle

It is difficult for the common good to prevail against the intense concentration of those who have a special interest, especially if the decisions are made behind locked doors. -Jimmy Carter

Market forces and capitalism by themselves aren’t sufficient to ensure the common good and to limit the concentration of wealth at levels that are compatible with democratic ideals. -Thomas Piketty

To be honest with you, I worry about the concentration of ownership in media, where you have a handful of media conglomerates largely controlling what we see, hear and read. -Bernie Sanders

The concentration of U.S. income and wealth in the hands of the very rich is a new development in my lifetime. -Paul Craig Roberts

Shrii Sarkar on Prout and Capitalism