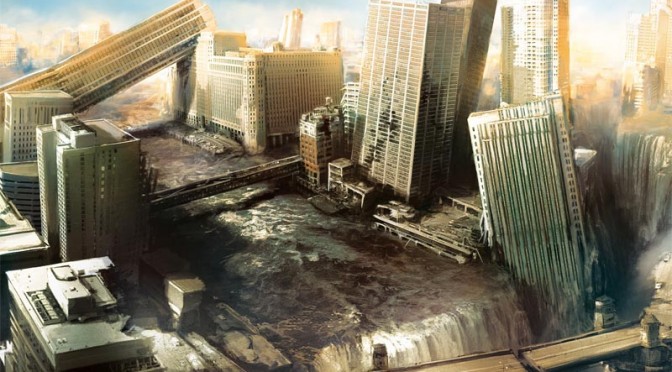 The existence of powerful international bodies and their frequent interaction with world stage politicians, is the main structural reason that enables global capitalism today to somehow keep its head above water in an otherwise lost game.

[May 29, 2015] – All over the world, experts and laypeople alike are increasingly wondering about the apparent resilience of global capitalism. Against all odds it is still in existence, a coherent worldwide moneymaking machinery for the benefit of the 0.1% at the cost of the welfare and survival of the 99.9%.

So why doesn’t global capitalism go the same way as communism and join all other useless systems of the past in the junk yard of history?

Perhaps the most obvious factor responsible for keeping global capitalism alive is that this is not 1929 when international capitalism was most prone to the natural ups-and-downs of speculative stock exchange markets.

International regulatory bodies were then mostly political. At world summits political issues remained prominent, while economic policy was still deemed to be a national concern. Today, it seems to be the other way around; economic and monetary policy dominates the world scene.

Whereas a few decades ago the world's financial elite used to meet annually, in Davos, meetings between significant financial policy makers from all over the world are now more frequent and held on a needs basis. For instance, at the time of writing this piece, world finance ministers happen to be having another meet, this time in Dresden, Germany.

The first global financial initiative was probably the 1944 Bretton Woods conference where the ground-rules for commercial and financial relations among the world's major industrial states were established. Bretton Woods established the International Monetary Fund (IMF) and the International Bank for Reconstruction and Development (IBRD), the forerunner to the present World Bank Group.

Among other important international bodies today we find the WTO, the EU with its Central Bank, and regional bodies for economic cooperation on all continents, such as NAFTA (North America), SELA (Latin America), AEC (Africa), APEC (Asian-Pacific), etc.

The Institute of International Finance (IIF) is one international organisation that deserves special mention. It is a global association of 550 big banks, insurance companies, central banks, pension funds, and other types of financial institutions. The mission of IIF is "to support our members in prudently managing risks and to advocate for regulatory, financial, and economic policies that are in the broad interest of our members and that foster global financial stability and sustainable economic growth," according to iif.com.

The existence of these particular international bodies, and their frequent interaction with world stage politicians, is the main structural reason that enables global capitalism to somehow keep its head above water in an otherwise lost game.

Add to this the numerous human frailties among “the 99.9%,” such as an insufficient sense of responsibility, poor factual knowledge due to the  persuasive power of commercial media, overwhelmed by fear of the apparent powers of the status quo, etc., and the reasons for the continuation of the present exploitative system become even clearer.

It is only a question of time however. Even if the structural and oppressive powers of capitalism are multiplied a hundred times, the fact remains that the basic fault line of the system remains as catastrophic as ever: There is not enough for even a single person’s greed, we just have to cooperate and capitalism is not the system for doing so.

In 1987 P.R Sarkar gave his landmark discourse on Economic Dynamics, wherein he foresaw "the inevitable downfall of both capitalism and communism.” Later that night he was asked how long it would take for that to happen. Sarkar replied that the fall of communism was at hand, whereas the fall of capitalism would take just a little longer. He remarked that capitalism was a much older and therefore more entrenched system than communism. Sarkar also touched on the factors outlined above, that the capitalism of today is better equipped to handle a deep crisis than it was back in 1929.

Sarkar then made an undulating motion with his hand indicating several ups-and-downs, and commented that the fate of capitalism would vacillate like that for some time, until at one point, he said, “it will go down and only down and so far down that no one will see where capitalism went and it will never return.”

In the above mentioned discourse, Sarkar pointed out that when society's capital is concentrated in the hands of a few, the majority of people are exploited by a handful of people. When the exploitation enters a severe stage, a serious explosion takes place. "This explosion is known as a depression in the economic world. The concentration of wealth and particularly the concentration in the value of wealth is the fundamental cause of a depression," Sarkar elucidated.

He added, that when capitalists discover that their investments no longer yield expected profits, "then they stop rolling the money. This keeps the money immobile or inert in various ways. As the money does not roll, there is no investment, no production, no income and hence no purchasing power, and the situation becomes so dangerous that there are few buyers to buy the commodities," Sarkar concluded.

3 thoughts on “Why Is Capitalism Taking So Long To Collapse?”