(September, 2011) – Don’t worry. A double dip recession is not going to kill off this capitalism. The very wealthy of 2011 are much better prepared than they were back in 1929. Today’s Big Finance run mighty financial organisations with powerful boards and widely advertised annual meetings. These global bodies – the Paris Club, the Bilderberg Group, the World Economic Forum, the International Monetary Fund with its World Bank, the G6, G7, G10, G20, the WTO, etc. – are the real Superpowers. Armed with superior financial intelligence and the cream of sophisticated technology, their leading members are free not only to siphon off still more wealth but also to somehow sustain their system of exploitation a bit longer than it normally should have lasted. 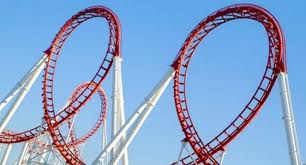 They may replace the US dollar with a new global currency, establish a global financial dictatorial body, etc. before it’s all over. When even such drastic measures will fail miserably, events may go in reverse seriously — get very nationalistic, etc. In any case, get ready for a few more rounds of manipulative rescue operations before global exploitative capitalism folds.

And again, don’t worry! When capitalism finally sinks it will collapse so hard that another comeback will simply be unthinkable. Not to worry at all, as it is a matter of inevitable extinction rather than of choice and deliberation.

In the meantime, we ordinary people should get back to caring about our real economy. You may ask, isn’t all economy real? No, it isn’t. The world’s Wall Streets have created a colossally inflated pseudo-economy of virtual wealth that has very little to do with the realities of our physical world. In their effort to create a paradise for themselves they have nearly ruined the Earth and destroyed its real economy. It will take some time to re-establish all that.

Take derivatives, a group of exploitative financial instruments named thus because they derive their speculative value from actual value in the real world. By determining a related variable correctly – climatic factors, currency movements, interest rates, unemployment rates, trends of future national budgets, outcome of elections, Steve Job’s health, etc. – the buyer of a future contract may profit from his or her investment.

Why would anyone sell a future contract then, if the profit is to be had by purchasing it? Take futures, one very popular form of derivatives. By entering into a future contract, a farmer, let’s say, and a purchaser agree on a price before the actual harvesting and delivery take place. Such an arrangement guarantees the farmer some sort of stability, while the purchaser gambles on a rise in the price of the commodity purchased. Honest, hard-working producers of the real economy still value stability and security, while exploitative speculators of the unreal economy just don’t care about anything else but siphoning off profits.

Debt is another example of the real world turned unreal. Once upon a time debt was something between you and the bank. Today debt is just another speculative commodity. Profit-motivated traders just cannot get enough of this kind of speculative, virtually potential wealth, and so they go on creating new derivatives, putting them on their gigantic global gambling table:

The virtual world of speculation in derivatives continues to impact our own real world very seriously. The main reason for its destructive influence is that the unreal value these speculative instruments keep generating has nothing to do with the real values of our world. The damaging effect of the speculators’ unreal world view is seen in everything, from when a company’s shares do not gain even when that company delivers very well (but not well enough according to speculators) to the fact that unreal world speculators rarely invest their enormous riches in areas of the real world that require investments very badly. This is also the reason why we get capitalist recessions. Hugely influential investors remain unwilling to invest their colossal wealth in a bearish market. They just feel they don’t have enough and do not want to lose anything.

The solution for all of us is to turn toward other values than just the physical for our fulfilment while adjusting our physical lives and urges accordingly. And we have to limit accumulation of physical wealth in order to secure productivity wherever it is needed. Perhaps they will not listen to this now. Perhaps some will after the real crash, perhaps not even then. It doesn’t really matter as the world will be a very different place when their game is well and truly over.