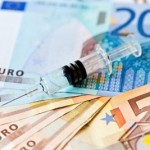 (October 2011) – Economist Ravi Batra calls it “Weapons of Mass Destruction” while financial advisor Max Keiser refers to “The Financial Terrorists of Wall Street and the IMF”.

In Iceland, the people decided to take the health of their country into their own hands. They refused to pay for the ill deeds of bankers who had brought their economy to collapse. In Greece at present a similar No-Pay movement is fast taking shape. The peoples of Italy, Spain and of other countries in heavy debt will most probably follow suit.

Who is responsible for a country’s catastrophic debt — its people or the financial players who orchestrated it? To the people of Iceland the answer was simple. The country’s 300.000+ citizens took little time in changing their constitution in order to initiate a tough recovery program after the collapse of Iceland’s three biggest private banks. Writer Diana Stryker observed:

“The belief that citizens had to pay for the mistakes of a financial monopoly, that an entire nation must be taxed to pay off private debts was shattered, transforming the relationship between citizens and their political institutions and eventually driving Iceland’s leaders to the side of their constituents. The Head of State, Olafur Ragnar Grimsson, refused to ratify the law that would have made Iceland’s citizens responsible for its bankers’ debts, and accepted calls for a referendum.”

According to PROUT, the present European Union is a premature, speculative socio-economic experiment bound to fail. Instead of joining a common open market, the respective nations should first have aimed at each being anchored in local economic democracy and developed their own balanced economy.

The proper functioning of a large and diverse socio-economic area such as Europe require that common economic, ethnic, sentimental and geographical challenges are managed with the view of people’s welfare and not for the profit of opportunistic market players.

It was Nancy Reagan, wife of the late U.S. President, who famously suggested, “Just Say No!” to teenagers who sought her advice on how to tackle the pushing of banned substances in their local environment. Now the time has come for whole countries to say no to offers that would only maintain their dependency on a financial system that has come to poison the entire world.

Other material on OpEds, Real economy: