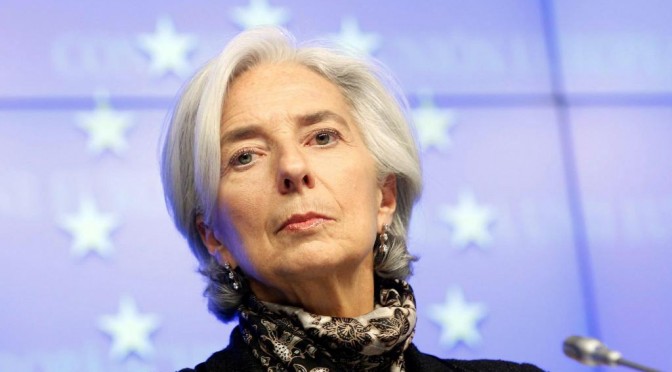 On Monday the Jubilee Debt Campaign, an organization which campaigns against “unjust debts” said that its analysis of IMF figures showed that almost all of the money lent by the IMF, and Europe to Greece has been used to pay off “reckless lenders, with less than 10 percent of it actually reaching the Greek people.”

“European and Greek banks have been bailed out, whilst a debt has been left with the Greek people,” Tim Jones, an economist at the Jubilee Debt Campaign said, according to CNBC.

“This is the same unjust response to a financial crisis as happened across much of the developing world in the 1980s and 1990s. Debt needs to be cancelled, and we need a new process for dealing with debt crises so that lenders do not continue to be bailed out, leaving the cost with the public, and incentivising more reckless lending and turmoil.”
We agree – it is about time huge debts were written off and a fresh system of cooperative grassroots economics should be introduced. When policies prove utterly wrong and disastrous, it is high time for policy makers to look into alternatives and open up to new directions.

However, IMF Managing Director Christine Lagarde warned simultaneously that restructuring Greek debt would not be without “consequences.”
“A debt is a debt and it is a contract,” Lagarde told The Irish Times in an interview when asked about the general idea of holding a debt conference. “Defaulting, restructuring, changing the terms has consequences on the signature and the confidence in the signature,” she said.
We feel that Lagarde’s statement here is on par with the alleged utterance of Marie Antoinette of France (1755-1793): “[if they can’t have bread…] Let them eat cake!” The Queen of Louis XVI may or may not have said it, but Lagarde did; she expresses no sympathy or real understanding for the desperate situation of the 99% but continues to protect the privileges of the 1%.
We suggest Lagarde and her team study the history of stubborn rulers, in order to enable themselves to properly reform their global institution. Otherwise, the IMF will be just another Bastille doomed to topple.