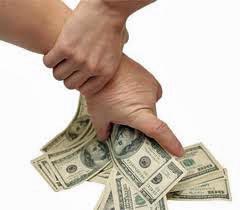 (September 2011) – The runaway roller-coaster that is global capitalism continues to display increasingly worrying symptoms of the desperate state it is in. The number of jobs in the U.S came to a complete standstill from July to August while the country’s unemployment rate in August remained at 9.1 percent. In the UK, new construction orders suffered the biggest fall since 1980, while the services sector suffered the second-biggest month fall on record – worse than in the weeks after the collapse of Lehman Brothers.

The million-dollar-question facing all policy makers is: What options does the clearly over-stretched global financial and economic system now have to revive itself?

US authorities are preparing to sue a number of the country’s big banks, including Bank of America, JP Morgan and Goldman Sachs, over claims they misrepresented the quality of mortgages sold during the 2006-7 housing loans bubble. Their rationale for doing so is that the collapse of hundreds of thousands of sub-prime mortgages triggered the 2008 credit crisis, which has brought us all to the current dire situation.

However relevant such a step may be to the actions of certain big banks and their managers it wouldn’t help to find a way out of the present desperate state. Instead of targeting indications of financial and economic corruption, authorities everywhere should attempt to transform the corrupt system itself. Endemic corrupt practices are symptoms of systemic failure. A more rational cure (than going after banks and their managers) for the disease of global capitalism includes:

Going after individual banks and their managers, while allowing the system to continue, is just another version of the blame game and public deception by diverting attention away from the real problem. We need real solutions for real people in real economies.

Other material on Real economy: