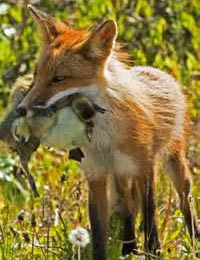 (PROUT Globe, 18 June, 2013) – The Times of India has launched a campaign for letting corporate leaders have a say in how taxpayers’ money is spent. The initiative comes in the wake of increased taxes on businesses and booming bureaucracy spending. The proposal’s main argument is that the Indian state bureaucracy is inefficient and expensive, and that instead of having politicians spending money in ways designed to arouse the sympathy of the electorate, it would be better to have experienced business people monitoring public spending.

Like most proposals this bid, too, has its pros and cons as well as scope for improvement. From a Proutist point of view, the initiative is of general interest as it suggests transfer of power from one interest group to another and thereby indicates a basic principle of rotation of administrative powers. The proposal also touches on taxation, another area of keen interest to PROUT.

Pro: Business people do know how to calculate, budget, administer capital, control expenses, etc. It is a good idea to include such skills in economic administration. PROUT fights capitalism and its exploitation but favours input of capital-savvy individuals into growing humanistic economies.

Con: Under the current capitalist system business leaders invariably seek to further their own interests at the costs of others. In this respect, The Times of India may as well suggest to set a fox to keep the geese. It is inconceivable that this part of the proposal will work as intended under capitalism. More likely it will lead to increased exploitation of public funds

Scope for improvement: The proposal aims to lessen the power of the country’s notoriously corrupt bureaucracy and instead increase the power of the super-wealthy. This is not the way to solve the problem of graft and misuse of public funds. By replacing one corrupt class with another nothing good will be achieved.

Instead, PROUT advocates rotation of legal, executive, and fiscal powers from one interest group to another under the auspices of sadvipras. Only the stewardship of basically detached but deeply involved moralists and spiritualists can ensure that skills and calibers of the various military-minded, intellectual and capitalists interest-groups are properly employed.

Dynamicity is of the essence, humanity should not be made to suffer from imposed staticity. Whenever any of those three interest-groups fail to abide by the noble standards of evolving humanity it is the duty of sadvipras to ensure transfer of administrative powers to the next interest-group in a rotating system, for the good and happiness of all.

PROUT recognizes the fact that many existing forms of taxation invite corruption. This is especially true of income taxation, which encourages economically alert individuals and companies to evade taxation as much as possible and thereby turns them into contributors to the black economy.

In order to root out this serious malady, PROUT advocates abolishment of direct taxation in most people’s daily life. Essential goods will be entirely tax free. There will be no income tax either. Instead taxes should be levied at the starting point of production, a system that would yield positive environmental impact in addition to establishing greater clarity and control as far as tax collection is concerned.

Here the question arises: How to make up for the abolition of income tax? PROUT founder Shrii Prabhat Rainjan Sarkar argued that if income tax is abolished in India and excise duty on excisable commodities is increased by only 10%, there will be no loss of government revenue.

When there is no income tax, nobody will try to accumulate black money. All money will be white money and as a result there will be economic solidarity, an increase in trade and commerce, more investment, more employment and an improvement in the position of foreign revenue. The abolition of income tax will prove a boon, Sarkar concluded.

Further thoughts on taxation according to PROUT may be found here.