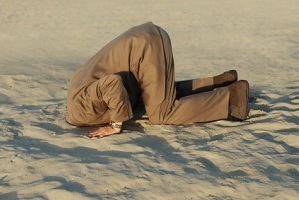 We have three quick questions for you, but first some facts:

In the auspicious summer of 1989 a leading West-German newspaper conducted a poll asking leading politicians, editors and political scientists throughout Europe if and when they thought the Berlin Wall would fall.

A majority of the experts speculated that The Berlin Wall could be gone some 20-50 years on. A good number of them, including many leading diplomats and foreign secretaries, replied “Within 200 years” and “Never”. Such was the impact of cold war dogma at the time. Only a tiny minority of the experts at the time thought The Wall would fall in two years or less.

As any school kid knows today, communism finally collapsed that autumn. The Berlin Wall was opened on November 9 by impatient East German citizens who began tearing it to pieces as the military looked on, so that people from both sides could enjoy crossing the artificial border for the first time since the hated wall had been built in 1961.

Towards the end of an exploitative period, injustices typically reach new and most unacceptable heights. In Europe, the debt crisis has set off public spending cuts throughout the continent. In Germany, Europe’s largest economy, government cut-backs have especially hit the unemployed and families. This is however only a prelude, experts like to inform us. It is when the European middle classes will start to feel the brunt of the cut-backs that tangible conflicts between the people and their leaders will arise for real, like they have in Greece.

In the recent round of financial crises, most speculators guilty of the sub-prime mortgage crisis and bank failures were not required to assume responsibility. Rather their bonuses remained more or less intact. Instead it fell to the working population to foot the bill in the form of bailouts financed by public treasuries. These dynamics continue to emphasise the deepening division between exploiters and the exploited of the current financial system.

If your answer is “Yes” to the first question you’re probably not a capitalist, as a capitalist is shrewd enough to assume that the world is a changing place where nothing remains stationary.

If your answer is “Yes” to the second question we’d say you’re a sound rationalist with a healthy realistic outlook. Entire global capitalism may or may not fold during that time period but it sure looks as a genuine possibility.

If your answer is “No” to the last question you’re an incurable pessimist and should probably see someone.