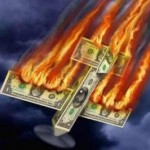 Very often we say that a particular individual or a particular community of people is badly exploited. Then, what we mean by “exploited” is this, that they are exploited in the economic stratum. But if we penetrate deeply into the matter, we shall discover that the exploitation has not been only in the economic stratum, but also in the other strata of human existence, in different forms, on various pretexts.