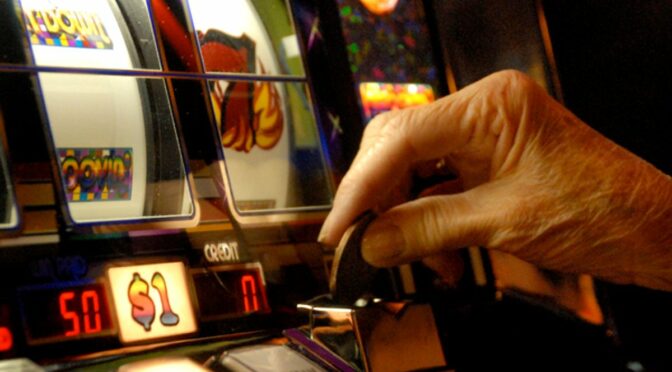 History suggest that capitalists have been around much longer than  capitalism, and that we may expect capitalists to appear among us even after the collapse of present global casino capitalism. The question is: What on Earth will capitalists do in a capitalism-free world?

In order to find out we shall have to differentiate between:

According to PROUT, humanity is not at odds with capitalists but with capitalism. Chucking out highly exploitative capitalism does not require us to part with valuable economic skills such as capital engineering, financial acumen, etc.

Even if humanity should choose to close down all institutions of global casino capitalism, stock exchanges included, humanity would undoubtedly profit from retaining the services of capitalist-minded people with their particular socio-economic dynamics. To put it frankly, where would we be without them?

PROUT allows for any type of mentality or specialist group to contribute to the good and happiness of all. The theory establishes a principle and system that allows capitalists, like any other mind-set, to join in the greater human cause as long as society is not exploited thereby.

Full-blown global casino capitalism is highly centralised and opposed to basic human values. It allows wealth to be increasingly accumulated in the hands of a few exceedingly acquisitive owners at the cost of the welfare and progress of everybody and everything else. This nemesis of all living beings and even of the inanimate world does not allow human beings to take properly care of each other and of the Creation.

Wealth distribution is one way of looking at economic centralisation. In 2006, a UN report1 showed that: 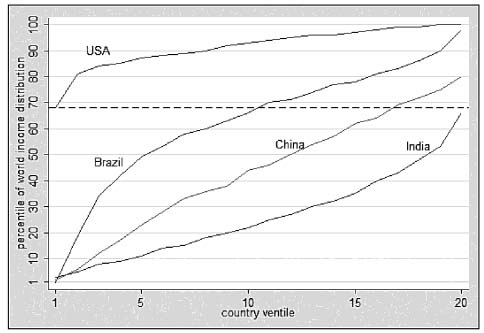 The graphs show that Brazil contain both the world’s poorest and the richest people, an extreme national income distribution. In the US, the poor in the country’s bottom 5 percent is still richer than 68 percent of the world’s inhabitants, while India’s poorest group  (“ventile”) corresponds with the 4th poorest percent group worldwide. The richest group in India reaches only up to the 68th percentage group world wide while America’s bottom as a group are about as rich as India’s richest! The US domestic income gap remains huge though: In 2007, US top 20% income takers earned more than the bottom 60% combined3.

The banking sector may serve as an even clearer illustration of centralisation. Banks, which are supposed to serve as lending institutions, own more than the world produces:

PROUT’s basic economic idea is to promote consumption-motivation and not profit-motivation. PROUT sees banks as essential to a people’s consumption-oriented economy. Banks should not run as profit-taking businesses. PROUT’s vision of decentralisation will re-shape the banking sector, transforming what was once the leader rat in an unending race for profits into a local service-institution managed as a cooperative. The central or federal bank will be controlled by the state government while other banks will function according to local people’s necessities.

“The banking system must be vigilant about two important points. First, the intrinsic demonic greed of the banks must not be allowed to jeopardize the life of the common people. In the past in most countries of the world the banks threatened the life of the common people. This more or less still occurs today not only in undeveloped countries, but also in developing and developed countries. Secondly, the banks must not allow unwise administrators or governments to print monetary notes indiscriminately without reserving the proportionate amount of bullion in their treasuries.
“The banking system must continue; otherwise the mobility of money will be hindered. If people oppose the banking system because they are guided by selfish whims or any other sentiment, then their economy will stay in the dark ages. They are bound to lose equipoise and equilibrium in the physical sphere, remain lopsided in the psychic and spiritual spheres, and reduce themselves to objects of ridicule. It is very sad to imagine such a state.
“The fundamental aim of the banking system is, ‘Keep money rolling’. Let governments be active. Let people purchase as much rice, pulses, vegetables, oil, salt, sugar, etc., as they can with money. Let money go to the grocers, the sugar cane vendors, the confectioners, the factory workers, the labourers and the weavers. And let the colourful dresses of the weavers be purchased and worn by the newly married brides, adding to the beauty and prosperity of society.”6

Here a question may arise: Shouldn’t economic control remain with those who know better how to grow economy; if the economy is to be decentralised, what will be central to it?

The hallmark of any dogmatic system is that it gives great credence to its own importance and devaluates people’s own views. Religions are a case in point. The accepted rationale for a religion is that it disciplines the masses who are not sufficiently developed or motivated to engage in subtle penetrative spiritual practice. Offering teachings and rituals that generate a minimum of respect for, and only faint understanding of, divine truth, religions’ dogmatic machinery continue to widen an unnatural, criminal distance between the devotee and the divine, in the sole interest of religious powerhouses and their supporters.

Capitalism feeds on a similarly delusory and incoherent world view. Its sacred core is that all of life is valued on the basis of money and money is where salvation may be sought. Much like in religion, wealth and great riches are only for the blessed few. The masses have to do with the trickling-down effect, if anything at all.

Global casino capitalism’s doctrine of great inequality here on Earth clocks in as the expression of a most dogmatic religion. Manifesting darkly in its super-exploitative cathedralesque institutions, global casino capitalism is about to swallow us all. On its final crusade for more quantitative easing and even more tax relief for the rich, all stops are being pulled in order to deliver profits to its central powers one last time. This is a system that is no more able to yield any juice but is always ready to suck the remaining few drops of blood out of the social body.

It is an irony of history that the same was said about religion at the end of the medieval ages. The main argument in favour of the emerging mercantilism of Europe was that the dogmatic Church had grown into a mighty exploiter stifling all human dynamicity. Capitalism on was received as a great liberator that would usher in a genuinely dogma-free world.

PROUT is based on spiritual values of life. Its concept of progress focuses on the literal meaning of the word: properly directed movement. Among PROUT’s basic values we find:

PROUT deems economic, social, cultural and other types of mundane development as progressive only when they suggest, support and evolve spiritual values of life. Hence the vision for capitalists in a post-capitalism socioeconomic set-up: They should go on contributing to society’s progressive dynamics and never degenerate into serving their own group mentality or selfish ends only.

The introduction, establishment and development of a social order based on spiritual values constitute no small job. Present degenerate capitalism has produced numerous cynics who brand such a vision as PROUT’s as utopian. In the words of Sarkar: