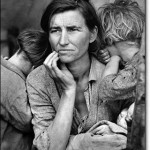 P.R. Sarkar
(17 January, 1988) – In the economic sphere, you must know that two factors are very important. The first is that money will have to be kept in circulation. It must be understood that the more the purchasing capacity of money is not utilized or money is kept stagnant, the more the economic stratum is damaged. The second is that money, and indirectly its interest, can bring about disparities in wealth if it loses its ability to be the unit of economic equilibrium and stability. If these two fundamental factors of economics are even partially forgotten, a worldwide economic depression will result.

Even if countries or socio-economic regions which have been maintaining a stable economic standard engage in trade related to bullion with other countries, they will have to suffer such a depression partially if not totally. If countries which are prosperous in various spheres and economically unrelated to other countries undergoing a depression, invest their wealth in enterprises of a non-yielding nature such as excessive defence spending, superfluous construction of large buildings, luxury goods, etc. — investments which do not earn any income in return — these countries will also suffer from economic depression. However, if a country discontinues trade related to direct or indirect economic transactions and commences barter trade instead with other countries, it will not suffer much from such an economic depression. In this case only a very slight economic depression, which is hardly felt, takes place at the end of every financial year due to imbalances in economic transactions. This type of depression is felt slightly every three years, a bit more every thirty years, and still more every 350 years.

More by Sarkar on economic depressions in Economic Dynamics

When something, for some reason or other, descends from its universally accepted position, or its natural value is reduced or brought down, we call it “devaluation”. When the leaders of the state find it difficult to balance the value of the currency with bullion, sometimes they officially reduce the value of the currency. This is called “monetary devaluation”. But, an economic depression is felt throughout a country or the world due to some inherent defects in the existing economic systems.

Other material on Centralisation of wealth, Global crisis: