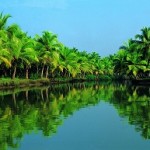 India has become the first country in the world to commit to publishing a new set of accounts which track the nation’s plants, animals, water and other natural wealth as well as financial measurements such as GDP. The announcement was made by TEEB initiative at the biodiversity summit in Nagoya, Japan.

“The inclusion of natural wealth into general accounting is a significant step,” says Proutist Universal spokesperson Siddhayogananda Avadhuta. “This progressive initiative will generate a more comprehensive, practical understanding of the utility of socioeconomics.”

“These days it is becoming increasingly clear that Earth’s physical resources are limited and precious to us all,”Avadhuta says. “Right now the whole world is looking at an unprecedented water crisis. Limited resources are even a main cause of wars. These and other factors necessitates some regulation of wealth accumulation.”

“This new initiative would also lead to changes in the way production is taxed. I think India is showing a will to do something concrete here. In the near future, an efficient world authority may be necessary to secure proper accounting of Earth’s resources in the interest of all living beings,” Avadhuta says.

The ongoing TEEB study has documented the multi-trillion dollar importance of the natural world to the global economy, calling for wider recognition of nature’s contribution to human livelihoods, health, security, culture and also to capture the economic values of nature’s services.

Other material on Environment, News: