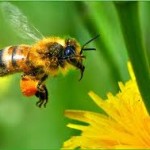 Garda Ghista
According to economics professor David N. Laband,[1] biodiversity is overprotected. He says that the public demands excessive protection of biodiversity only because most of those people do not have to pay for its preservation. It is the landowners who are made to pay for protecting biodiversity. Urban residents want aesthetic landscapes, biodiversity and animal habitats but they do not want to pay for it. They pressure Congress to pass laws compelling landowners to bear the financial brunt of maintaining ecological amenities. Landowners who bear almost the entire cost of protecting biodiversity solve the problem by having their land use changed from timber production to commercial or real estate development. In this scenario, if a landowner finds an endangered species on his property, it will be easier for him to simply shoot it and keep mum. It is a clear indication that our environmental laws need to be changed, so that all citizens share the cost protecting biodiversity.

In fact, urban residents who demand preservation of biodiversity in most cases do not put this into practice on their own properties. Instead of allowing natural flora and fauna to grow wild around their homes, they spend thousands of dollars purchasing synthetic fertilizers and pesticides to create an aesthetic, ecological desert around their homes. They support biodiversity in rural areas only so long as the cost burden falls on rural landowners and not themselves. Rather timberland owners should be provided financial incentives by the government to preserve ecological diversity on their properties.

In the timber industry, owners look for ways to harvest larger and larger amounts of timber on a smaller total acreage. However, these intensively managed forests, called plantation forests, are controlled, operated and regenerated by men and are treated with herbicides and pesticides along with occasional thinning and fire management. It has brought about substantial changes in diversity in these man-controlled plantation forests.

On May 14, 1964, in the cloud forests of Monteverde, Costa Rica, biologist Jay Savage discovered the beautiful, pristine, golden toad. He named it Bufo periglenes, or “brilliant toad.” Dr. Savage did not know that the ecosystem of Monteverde was about to be transformed, that due to global warming caused by human beings, the moisture-bearing clouds that provided ideal shelter for the golden toad were going to rise up the mountain, leaving the toad unable to survive in the new, dryer climate. Dr. Savage did not realize that a mere 25 years later the golden toad would be gone from the face of the earth. [2] Its extinction is irreversible.

Biodiversity is crucial to human survival, and far greater efforts must get underway to preserve biodiversity.[3] When we lose particular species, when they become extinct, it affects the entire ecosystem. In addition, potential drugs that could cure modern diseases are lost forever. For this very reason, if human beings do not take care of all other life forms on our planet, it is the people themselves who will incur the greatest suffering as a consequence. While extinction of species is a normal process in nature, and while 99.9 percent of all species that once lived are now extinct, that process of extinction is a gradual one and therefore does not cause harm to those left behind. If extinction occurs in a natural gradual manner, there will be new species to replace the old through allopatric or sympatric speciation.[4] Disease, new predators, climate change, habitat loss and other factors cause the normal extinction of plant and animal life. However, what is happening today is something entirely different. Today it is the calculated actions of a few human beings – greedy capitalists for whom money is the summum bonum of life – that are causing havoc to our environment.

The unusually rapid destruction of biological diversity led the United States in 1973 to create the Endangered Species Act, expressly to protect those species that were in danger of extinction. The act banned construction projects in areas that would put particular species in danger of extinction. An example would be the halting of construction of the Tellico Dam on the Little Tennessee River in Tennessee, only because it threatened the survival of the little snail darter fish. Logging in the Northwest was halted in certain areas as it threatened to render the spotted owl extinct.[5]

Those who support protection of each and every species say that when one species goes, others interlinked with that species will also vanish. As of November 2000, the number of threatened species numbered 1,244.

International law likewise supports protection of biodiversity, as covered by the Convention on International Trade in Endangered Species of Wild Fauna and Flora (CITES). This agreement banned trade in elephant ivory (to stop the rampant slaughter of elephants), rhinoceros horns, and banned trade in more than 5,000 other species of animals and 25,000 species of plants. Examples are primates, whales, dolphins, porpoises, sea turtles, parrots, corals, cacti and orchids. Hence at both the national and international level, citizens have met and passed laws banning construction and trade that threatens the loss of biodiversity on earth.

Another example on the part of environmentalists would be their movement to tear down dams[6] that block the path of migratory fish, such as salmon and shad. Still another example would be how urbanization and agricultural development have permanently altered the everglades of Florida by way of straightened rivers, diverted water and land drained and now used as farmland. These actions have resulted in lowering the water table, increasing the danger of fires, resulting in a greatly decreased bird population and a marked decline in the Florida panther. At present moves are underway to undo some of the damage caused by so-called development of the everglades. In 2000 Congress approved $8 billion for a 30 year project to restore the everglades to their earlier pristine condition.

Vandana Shiva, in speaking of bioterrorism and biosafety, points out that the real bioterrorism is when IMF, WB and WTO try to legislate their super control of local biodiversity in places like India. It is when they compel countries to implement structural adjustment and single cash crops that lead to real devastation and destruction of biodiversity. Shiva gives two primary causes for the global, large-scale destruction of biodiversity. The first cause is habitat destruction due to internationally financed mega-projects such as huge dams and highways as well as mining operations in biologically rich tropical forests. The second cause is the technological and economic push to “replace diversity with homogeneity in forestry, agriculture, fisheries and animal husbandry. The Green Revolution in agriculture, the White Revolution in dairying and the Blue Revolution in fisheries are based on the deliberate replacement of [biodiversity with bio-uniformity.]”[7] These two global trends led by mega-corporations and mega-organizations, appears nearly unstoppable.

The citizens’ movement for biosafety, including the imperative to study and regulate genetically modified seeds and plants into the environment, led to the United Nations Convention on Biological Diversity in February, 2000, where delegates created a Protocol on Biosafety.[8] In 2004, however, the US in particular has witnessed 300 major rollbacks of US environmental laws by the Bush administration, which is already having egregious effects on the air, water, public lands and wildlife. For example, in his unabashed support of factory farm corporate owners, millions of tons of untreated fecal and toxic wastes are strewed onto public lands and into public water. This corporate pollution has thrown thousands of family farmers and fishermen out of work, killed billions of fish, caused undiagnosed illnesses among consumers and meted out unbounded cruelties to the animals living in those factories.[9]

According to E.O. Wilson, while actions of human beings can be reversed, once a species of plant or animal is extinct, there is no reversal. It is gone forever. Human beings can drastically reduce their pollution of the atmosphere, soil and water, control ozone depletion and global warming. However, Wilson predicts the loss of 20 percent of the earth’s species over the next 30 years. As he points out, “… each species is a masterpiece of evolution and … has been evolving into its present state for thousands to millions of years….To wipe out species at the rate we are now … [means] to increase the extinction rate by between a hundred and a thousand times.”[10]

A stunning example demonstrating the critical essentiality of maintaining all biodiversity was the discovery of Calophyllum lanigerum inside a small tree in Sarawak, Borneo. This substance was discovered to successfully combat the AIDS virus by stopping the disease in its tracks. When biologists returned to Borneo to collect more samples, the tree was gone. It took days of searching before they found another tree of the same species. It was a rare tree bordering on extinction.

Wilson blames the destruction of natural resources on people’s drive for unlimited consumption, fueled by the capitalist dictate that consumption is the highest value. He further points out that while in the US 12 acres are required to support food production for one person, in third world countries it is one acre. However, third world countries are today keen to become second and first world countries. Where are the natural resources to support this endeavor of increasing their ecological footprint? Wilson says we need to make immediate efforts to preserve the ecological hot spots of the world – those places housing huge numbers of plants and animals that are found nowhere else on earth. Examples would be Hawaii, Madagascar, Ecuador, Brazil, the western ghats of India, the Himalayas and even coral reefs. The 1992 Earth Summit Convention on Biological Diversity possibly slowed down the destruction somewhat[11], but powerful capitalists are relentless in their drive for profit and indifferent to loss of biodiversity.

Another reason why biodiversity fails to be properly protected is because laws are passed at the national level (what to speak of the international level by bodies such as the World Bank, International Monetary Fund and World Trade Organization). The protection of biodiversity must be done at the local level, with laws passed by the local people and the burden shared by those local people. In other words, we need localization, not centralization, of laws in place for protecting biodiversity.

Biodiversity must be maintained because the flora and fauna and animals may hold cures for diseases such as AIDS, Alzheimer’s and arthritis. However, suppose plants contained no cures, suppose these flora and fauna had no practical use for human beings. What should be our attitude then towards their preservation? The neo-humanist ecologist, Prabhat Ranjan Sarkar, says two things: (1) human beings have neglected ecology at every step. It is disastrous for the simple reason that all of creation – the rivers, mountains, the air and water, wild animals, reptiles, birds and fish, and plants are all inseparably intertwined into one common society. If one part of that society is extinguished, the other parts will not be able to survive.[12] Hence the greatest folly of human beings is to destroy the biodiversity that is everywhere around them. (2) Neo-humanist philosophy says that all created beings have value. If a life force has no utilitarian value it nevertheless has existential value. It has the right to exist. It is called love for all created beings of the universe.[13] For these two reasons alone, it is inconceivable to continue to allow the wanton destruction of biological diversity around the world.

[5] According to Northern Kentucky University Biology Professor Charles Acosta, both of these projects have proceeded and the species exempted from the ESA provisions because of the “greater good” of the projects. These are probably the worst examples of the impact of the ESA in modern times, says Acosta.

[6] This and other actions by environmentalists have not been effective at all.

[11] Hard evidence is not there to back up this statement.