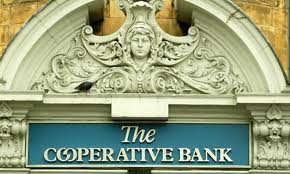 Barter trade excels under certain conditions. Barter between countries works best at present between industrially underdeveloped – financially poor – countries with a large surplus of raw materials. As they have no means to invest in refining industries under the present global exploitative regime, they should exchange raw materials in order to procure minimum necessities.

PROUT encourages both types of purchase – using money or by barter – wherever they may serve people’s needs.(3) Global capitalism does not encourage barter trade but wants to retain trade within its exploitative speculative paradigm.

People may need to borrow, as well, for both individual and collective needs. Cooperative banks serve as both savings and lending institutions. A cooperative bank may take a large loan from another bank or the government to purchase modern equipment and construct dams, barrages and shift or lift irrigation facilities to increase production, etc.(4)

Under PROUT, the banking system will be managed by cooperatives.(5) Only the government-controlled central or federal bank should have a greater reach by way of guaranteeing the currency.

The last vestiges of the gold standard were thrown out by the Nixon administration some 50 years ago, and the gold standard has been ridiculed ever since. One reason for this is that pinning currencies to gold (“gold standard”) does not allow for free speculation.

Today, as the global speculative system is about to end in catastrophe, the importance of gold may be staged to make a return. The price of gold usually rise phenomenally during times of economic upheaval and financial crisis. This proves that people in general accept gold as a basic guarantee for financial stability.

According to PROUT, a main work of the central bank would be to guarantee the currency in measures of physical gold held by that bank. Central banks must be ready to pay citizens the amount of gold represented by the currency. This is a proper hedge against large-scale inflation.

PROUT’s banking system presents a rational human approach to supplying money wherever and whenever it is needed and required. The mission of PROUT as a whole is to pave the way for a society where people can express their true self. Only a socio-economic system that allows and supports people’s all-round needs, interests and dreams can be termed as truly progressive.