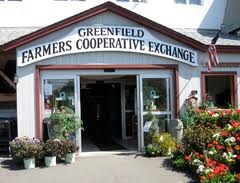 Dieter Dambiec
All people have the right to be guaranteed minimum requirements such as food (including water), clothing, housing, education and medical care. These basic requirements should be cooperatively produced because they are essential collective requirements.

The importance of food means there has to be maximum and safe utilisation of agricultural land. The best way to achieve proper organisation of agriculture is on a cooperative basis, as will be seen. Land is very important in the psychology of farmers so a proper cooperative system has to be built up to give farmers a sense of ownership of their land and permanent usufructuary rights to the land while it is managed cooperatively. This will also give a better outturn. The cooperative system has to be psychological and subtle so that farmers do not feel adversely affected or insecure.

This can be achieved by farmers pooling their land in cooperatives and keeping records of their shares based on the size of their individual land holdings. In this way many small plots can be merged and boundaries for adjoining lands broken down, removing needless division of land into small individual holdings. This allows for an increase in the area of land available for cultivation, benefiting farmers collectively.

Small plots are also detrimental because farmers have to lease their land to someone who can cultivate it as an aggregate, as in the share cropping system. This results in lower (if any) return to the farmer. In the cooperative system there is also great scope for agricultural research and development into new ways to better utilize and prolong the vitality of land. The ill effects of chemical fertilizers, which are common in individual farming and relatively unavoidable because of lack of individual capital, could be minimized or eliminated.

Sarkar’s theory also advocates the gradual socialisation of all agricultural land according to a phase-wise plan. Socialisation does not mean nationalisation or loss of an ownership interest as in the commune system.

A main objective of socialisation is to ensure that everyone’s economic needs can be met (particularly by having enough purchasing power to get access to the basic necessities of life). It also ensures that there is maximum utilisation and rational distribution. Another objective of socialisation and the phase-wise process is to allow for individual psychic expansion, with a consequent change in collective psychology, so as to create a more congenial social environment in which people learn to think for the collective welfare rather than for their own self-interest.

Therefore after land has been vested in the cooperative and ownership of shares determined (as well as a proper policy of distributions of dividends to shareholders and wages to workers determined), conflicts amongst landowners and landless rural workers will no longer exist.

In the initial stages (phases 1 and 2) agricultural cooperatives can be formed by farmers consolidating their lands into a cooperative and having shares in the consolidated holding in proportion to the amount of land they put into the cooperative. For example:

Profits from crop sales by the cooperative should be shared in proportion to:

(i) the number of shares each shareholder has in the cooperative; and

In this way farmers receive profits according to the number of their shares in the cooperative and their labour.

Cooperatives which are strictly agricultural, in Sarkar’s system, should sell their produce to producer cooperatives, which in turn can manufacture a wide variety of consumer goods.

Raw materials which are of non-farming origin, such as limestone for the production of cement, should also be processed by producer cooperatives.

Consumer cooperatives will distribute consumer goods to members of the public at reasonable rates. These cooperatives should be formed by persons having an interest in selling goods to the public (ie., not hoarding), and will share profits according to the standard criteria of individual labour and capital investment (shares).

This arrangement will prevent artificial shortages or the non-supply or unavailability of essential goods and commodities. This can cause suffering to ordinary people who have little means for circumventing these problems.

These are special cooperatives which should be formed by people involved in service-type industries, such as doctors.

(i) large cooperatives will not require many labourers, minimizing labour unrest; and
(ii) labour costs will be reduced, keeping the cost of commodities low. Electronic commerce and digi-cash will make it easier to establish cottage industries because links can be made electronically between various satellite coops, avoiding many costs and delays potentially arising from decentralized production. The question of transportation of goods or parts still needs to be addressed.

The state and cooperatives

Taxes, levies, excise duties, etc. should be paid collectively by the cooperative, not individuals. This frees individuals from financial pressure and economic exploitation through personal taxation systems.

The primary source of taxation revenue in a PROUT system would appear to be at the point of production. This makes sense in that enterprises which make first use of resources have a social responsibility to ensure proper utilisation and rational distribution; taxation imposes some restraint to ensure this responsibility is carried out.

A useful device that can stop black-marketing or the sale of stolen goods is trademark law. Laws can be passed which prevent the sale of goods without the producer co-op’s trademark. Thus, if black marketeers try to sell any clothing without trademarks, they can be caught easily. Trademarks specifying cooperative ownership will also help the public support the cooperative movement.

Commodities can be divided into three categories:

During shortages of non-essential commodities ordinary people will thus not be affected.

Farmers in agricultural cooperatives should be able to exert collective pressure on local, state or federal governments for different benefits and facilities. For example, government assistance may be needed to develop an irrigation infrastructure.
Scientific advancement

As science advances, cooperatives will develop and manufacture a great variety of commodities from synthetic raw materials.

Socio-economic units lacking sufficient supply of raw materials will have to manufacture synthetic raw materials. Suppose a unit or region lacks an adequate supply of fodder to feed its cattle, sheep, etc. Will it import fodder from another unit or region? No, it should manufacture artificial fodder instead. Similarly, it takes a substantial volume of cotton to produce one “dhoti” (the traditional garment worn by men in northern India). To transport large amounts of cotton also requires much energy, and so if it is not readily available, synthetic fabric can be produced instead.

Thus through the cooperative system human society will progress with accelerating speed, ushering in a new revolution in science and causing the intellectual capacity of human beings to increase. Every nook and corner of natural and human potential will be properly used. In this way progress and development can be maintained in every field of life.

To encourage common factors and discourage all fissiparous factors in the physical realm, human sweetness is required. The best expression of human sweetness in the socio-economic world is the cooperative system.

Other material on Cooperatives: