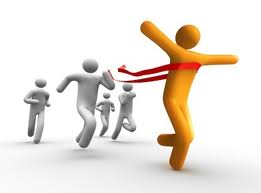 English biologist Thomas Henry Huxley (1825-1895), who popularized Charles Darwin’s ideas of evolution, stated, “The animal world is about on a level of a gladiator’s show… whereby the strongest, the swiftest, and the cunningest (sic) live to fight another day.”[1]

Another Victorian scientist, Herbert Spencer, coined the term “survival of the fittest”, applying it to human society, claiming that competition is our fundamental nature. This belief, known as Social Darwinism, shaped public opinion and policy in Great Britain and the United States for more than a century.

"Many new studies have found that in fact cooperation, not competition, is the norm."

In 1966, Austrian ethnologist Konrad Lorenz published a bestseller called On Aggression in which he argued that human beings are innately aggressive, competitive, possessive and violent. His work had significant impact on the social and biological sciences. A decade later evolutionary biologist Richard Dawkins published The Selfish Gene, about the human instinct for self-preservation; it sold over a million copies, and was translated into more than 25 languages. These scientists popularized the idea that evolutionary success depends on each person being selfishly preoccupied with their own self.

Hollywood and the U.S. mass media seized on and simplified these theories, reducing them to the notion that people are fundamentally individualistic, selfish and competitive, driven to get ahead by any means necessary. Popular expressions such as the “law of the jungle”, “every man for himself ”, and “dog eat dog” reinforced this theme, stressing winning at all costs. These ideas of innate aggression and selfish genes helped fuel our individualistic, consumer culture, influencing the way people think throughout the world.

Because leading scientists have declared this is the way we are, economists and government officials create policies that favor the largest, most “efficient” companies to survive. “Too big to fail” was the justification governments made for the big bank bailouts during the financial crisis of 2008, bailouts that they did not extend to small and medium-sized companies in trouble.

People who argue that “you can’t change human nature” make the mistake of assuming that because people are led to behave in a certain way in a capitalist society, that behavior reflects the essential nature of human beings. Capitalism rewards selfishness and greed, and winning by any means, fair or foul. Therefore such people conclude that this behavior is natural for all human beings and that it is impossible to establish a society based on anything except a competitive struggle for private profit.

Many new studies, however, point to quite different conclusions. Robert Augros and George Stanciu, in their book The New Biology: Discovering the Wisdom of Nature,[2] found that in fact cooperation, not competition, is the norm in nature, because it is energy-efficient and because predators and their prey maintain a kind of balanced coexistence. They found that “nature uses extraordinarily ingenious techniques to avoid conflict and competition, and that cooperation is extraordinarily widespread throughout all of nature.”[3]

Today most anthropologists and psychologists assert that the question of nature or nurture is not an either/or issue, but one of interrelation-ship.[4] We are born with certain instincts and tendencies, but through education, upbringing and our own conscious choices, we can transform our conduct, nature and personality.

Research now indicates the existence of “selfless genes”–genetic code that favors cooperation, kindness, generosity, and heroism. It is not uncommon for people to risk their lives for strangers. Firefighters, soldiers, human rights advocates and accidental heroes may endanger themselves or even sacrifice their lives in order to save others. In addition, our world is filled with countless smaller acts of kindness: giving up a seat on the train, returning a wallet with money that was lost. Biologists now say these impulses are just as primal as aggression, lust, and greed. Furthermore, they play a powerful role in the survival of the species and the well-being of individuals.[5]

“Mirror neurons”, first described in 1992 by neurophysiologists at the University of Parma in Italy, fire not only when we experience something ourselves, but also when we observe the experience of others.[6]

For example, witnessing a serious injury will cause traumatic reactions in the observer; seeing laughing, loving people will brighten our day. These are neurological mechanisms that develop empathy for others, which builds trust, a prerequisite for cooperation.

Another biological factor related to cooperation is oxytocin, a neuro-peptide that affects social attachment and affiliation. It is key to bonding between mother and child, between lovers, and even among friends. When triggered, it reduces fear and increases trust and empathy–leading to more cooperative behavior.[7]

Alfie Kohn spent seven years reviewing more than 400 research studies dealing with competition and cooperation. In his classic work, No Contest: The Case Against Competition, he concluded that, “The ideal amount of competition… in any environment, the classroom, the workplace, the family, the playing field, is none…. [Competition] is always destructive.”[8]

Even the selection committee for the Nobel Prize in Economics, after four decades of honoring proponents of free-market capitalism, is starting to recognize the importance of cooperation. In 2009 Elinor Ostrom of Indiana University shared the prize, the first woman ever to receive it, for her work focusing on how well groups of users manage natural resources as common property. The traditional view is that common ownership results in excessive exploitation of resources, such as when fishermen over-fish a common pond; and the only solution lies in government-imposed taxes or quotas. However, Ms. Ostrom’s empirical research on collectively-managed natural resources around the world has shown that this explanation is “overly simplistic.” There are many cases in which common property is “surprisingly well-managed” cooperatively, often better than under either socialism or privatization.[9]

As part of the science of yoga, relevant to the idea of improving human behavior, Sarkar used the term “bio-psychology” to describe how the glands, nerves and brain of the body affect our behaviors, thoughts and feelings. He asserted that every human being has the same basic instincts, both negative ones, such as anger, hatred and greed, and positive ones, such as hope, conscience and repentance. The postures of yoga, a vegetarian diet and meditation are all ancient techniques that are used to overcome selfish, negative instincts and to channel the mind in a positive direction. On the social level, Sarkar encouraged society to promote cooperation for economic success and community growth. He suggested that cooperatives are the enterprises best suited to achieve that.[10]

8 thoughts on “Is Human Nature Competitive or Cooperative?”