Adapted from A Look at Decentralized Economy and the Cooperative System, by Ac. Tadbhavananda Avt., PROUT Research Institute, Copenhagen, 1993 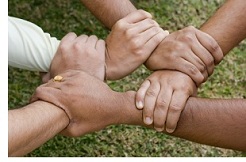 A PROUT cooperative is not basically profit-motivated. It understands the need for itself to stay afloat, to evolve, and to provide the members of, say, a producers cooperative with more and more incentives and amenities than they would get individually. Still, cardinal human values remain the firm base of such a cooperative. The persons involved must conceive of higher values of life. They must appreciate that human beings are not economic or social beings only since this will only mire them in the sensual values that characterize the current system. Rather, they should gradually understand that human beings are spiritual beings. For this they must know a scientific and spiritual philosophy and rational and effective spiritual practices.

For a cooperative system to be successful PROUT suggests the following points:

Regarding morality people generally understand that honesty is morality. PROUT  however defines morality as a basic and ongoing effort to sustain harmonious internal and external growth by force of the ancient principles of Yama and Niyama.

As mentioned, most people seem to think that honesty is equivalent to morality but in Yama and Niyama honesty is the first point only. An honest person who is not following a progressive spiritual practice and cultivates the spirit of integral outlook and accepting the Supreme as one’s ultimate goal cannot be expected to his or her honesty under changed circumstances. Honesty is a relative phenomenon. It is said that it is easy to reject a bribe of one dollar but so much more difficult to withstand a dishonest offer of one hundred thousand dollars.

Those who follow the all-knowing, all-pervading and all-witnessing force will never want to do any immoral act, or any act that will damage the collective interest. This is so because there is a subtle link between real spiritual values and the moral integrity of a person. Those who successfully follow the spiritual path will not fall prey to immorality, because they have already accepted morality as the base of their life, and they know well that without moral stamina spiritual practices are not possible. Quite naturally, those who are not following spirituality (the path of God-realization) are prone to act immorally. Therefore one has to follow the moral code mentioned above. Morality is the base and spiritual practice is the process by which one can realize one’s real self.

The moral force in coming together

The cooperative as a socio-economic movement will pay due attention to creating the necessary collective spirito-moral strength. A perusal of most cooperative charters and programmes reveals that the word honesty stands out as a primary criterion for members. Perhaps this is so because cooperatives have faced difficulties from many corners in consolidating the cooperative program. The author of this article has faced many objections while coordinating cooperatives in Bihar, India. Normally the members of cooperatives will wholeheartedly and honestly join cooperative ventures. However, it has been seen that some dishonest or immoral forces in the form of businessmen or corrupt government agencies may infiltrate. Apparently these forces do not want economic power to go to the hands of general people as their own interests are at stake.

When moral people come together their force can expand cooperatives in a dynamic way. They can influence any impediment in their way to change. In our context this means that the present immediate needs of the people should be fulfilled by expanding the existing exploitative order into economic democracy. As already mentioned, cooperative movements all over the world take an isolated approach, creating miniature forms of capitalism. they have not generated the needed moral force to change the exploitative economic structure itself. The PROUT cooperative movement stands for constructive and humanistically sound economic change. Surely there exist very powerful cooperative movements in different parts of the whole world such as The Credit Cooperative of Germany, The Cooperative Dairy Farms of Denmark, The Agricultural Cooperative in Israel, The Consumers’ Cooperative of England, and the Industrial Cooperative of Mondragon (Basque). Proutist Universal extends its appreciation to those who are engaged in cooperative movements. Surely these are bright examples of a noble will, but economic activities are not the only work of cooperatives. Rather, there should be radical socio-economic transformation.

Why did the above cooperatives become successful? Simply because their leaders were honest. Such honest persons create an environment of honesty in cooperatives. Here it is reasonable to suggest that theoretical classes about honesty should be introduced in cooperative training schools. But that is not all, we have to do something more. In this context the programs of PROUT cooperatives are connected to the regional and global levels, and the world is divided into different socio-economic zones. All such economic zones will have their economic planning, say from village to panchayat (a cluster of several villages), from panchayat to block (consisting of roughly 100.000 people) level, from block to diocese lever, from diocese level to regional level, from regional level to state level, from state level to country level, from country level to sectorial level, and from sectorial level to world level.

Different areas have got different economic potentialities, and accordingly the cooperative system will be introduced. the first task of these cooperatives will be to ensure the minimum guarantees of life such as food, clothes, housing, medicine and education.

The persons working in cooperatives will be inspired to meditation and to participate in various uplifting community programs (for example ecology and other consciousness-raising programs). This will cultivate devotion and will inspire people to love God and the entire creation. Thus the great and noble task of the cooperative movement will become to serve all of creation.

Other material on Cooperatives, Morality: