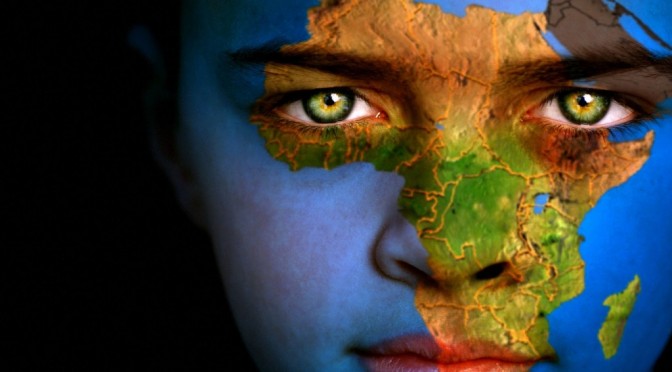 [December 1966] – Human beings cannot propagate a great ideology by their knowledge, intellect or social status alone. They can only do it through their conduct. Human conduct gets purified by intuitional practices. It is not necessary that one should come from a so-called high family, or that one should have completed university studies. Rather, these factors may create false vanity in one’s mind which may ultimately stand in the way of reforming one’s conduct.

"Remember – you have to serve humanity."

In this universe of ours, two forces are working side by side – the sentient and the static. Sometimes the sentient force and at other times the static force dominates. There is no scope for a pact between these forces. Human beings will have to march ahead amidst the ceaseless struggle of these opposite forces. In the society, on the one hand we see the hoards of antisocial elements, and on the other hand we feel a sense of frustration among the moralists. These moralists have therefore developed a tendency to go out of the society. With more wealth and strength, the antisocial elements are in an advantageous position, and the moralists appear to be the culprits. This state of affairs is neither desirable nor behooving, and it should not be allowed to continue.

Your duty will be to unite the moralists. Let there be two camps. Let there be an open fight. The moralists have been scattered for so long that they could not fight. The united strength of five moralists is much more than the united strength of a hundred immoralists because there is an unholy alliance amongst the latter. Meditation behind closed doors will not do. Gather strength by intuitional practices and unite yourselves against the immoralists.

So your duty is three-fold. Your first duty is to observe morality and to do intuitional practices. Without this you cannot have mental determination. Your next duty is to unite the moralists of the world, otherwise Dharma will not endure. The exploited mass who do not observe Yama and Niyama – the cardinal moral principles – cannot fight against their own sense of frustration. It is therefore necessary to unite the moralists. This will be your real Dharma. You will become great by doing this, because ideation of the Great makes a person great. At the third stage, you will have to mercilessly fight against sin wherever it has taken root in this world.

It is not possible to fight against sin as long as there is some weakness in your mind. In this fight, your goal is not the sin or the sinner, your goal is the Supreme Consciousness. Anything that comes in the way of this has to be removed mercilessly. When clouds collect around the pole-star and cover it, your duty will be to remove the clouds and follow the pole-star without caring to see where the clouds have gone. If you always think of your enemy, your mind will adopt the bad qualities of your object of ideation, but if the Supreme Being is your goal, your mind will be metamorphosed into the Supreme Being itself.

Remember – you have to serve humanity. You have to dedicate yourself to the cause of humanity as a whole. Your life is valuable; your time is all the more valuable. You should not waste a single moment. The task is glorious. The task is novel. Lead the life of a warrior and constantly fight against evils. You will be victorious. So march ahead!

Other material on Ideology, Morality: