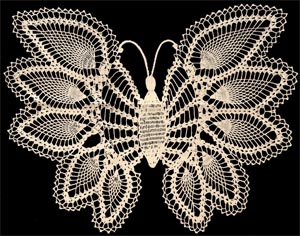 It is natural for all living beings to search for a way to express themselves fully. Sometimes this expression takes the form of crude physical pleasure, and sometimes that of subtle psychic pleasure.

A little while ago I said that all crude objects of enjoyment are limited in nature, and thus their accumulation by any one individual is not desirable. Let everybody enjoy as much of the subtle psychic world as they can – let them accumulate as many psychic and spiritual resources as they want – but there must be provision for the application of force if needed to prevent any one individual from accumulating excessive physical resources. The application of physical force will, no doubt, deprive people of some of the wealth they have accumulated or decrease their opportunities to accumulate physical wealth in the future. But it is certainly not impossible, through proper education, to transform people’s desire for material pleasure into a desire for psychic pabula. In fact, the desire for physical or psychic pabula springs from innate psychic longings. The desires of the crude mind are easily satisfied. However, I object to calling the desires of the crude mind pure psychic longings. This type of education is essential in society today.

Such an approach does not deny the world, as do impractical idealists, nor does it attempt to suppress the higher propensities of the human mind, as do materialists.

Unless people’s propensities are directed towards subtle forms of expression, their minds tend to get enmeshed in thoughts of petty enjoyment. People who portray themselves as saviours of humanity and espouse high-sounding philosophies from public platforms at the tops of their voices, while at the same time nourishing within themselves the worms of self-interest, can, in any weak moment, deceive the naive public. This is a perfectly natural thing for them to do. Those who want to build a society based on human welfare without first developing themselves fully through spiritual practices, will not only degrade themselves, they will also cause the degeneration of the whole of society. They will not even be able to trust the people with whom they are working. They may initially try to develop their own capacity in order to attain positions of leadership, but eventually their sole aim will be to dominate others instead of developing themselves. When they realize from bitter experience that it is not possible to utilize the society as a vehicle for establishing their group or party supremacy, or when the suppressed masses rise up and revolt, the evil tendency to suppress the people will certainly awaken in them.

The human mind does not want to be suppressed. It wants to find ways to express itself. The more ordinary people try to resist individual or group dictatorship, the more tyrants oppress ordinary people through violence. Finally, as a result, they do not make the slightest effort to become worthy leaders. Instead they concentrate all their efforts on misappropriating more and more power. The same people who earlier worked for social welfare ultimately come to depend totally on brute force. If any society overemphasizes brute force, the members of that society will start fighting each other and eventually become independent, self-styled autocrats. In such a society the last vestiges of morality will disappear and chaos will prevail.

Those who choose the middle course between morality and violence will not succeed either, unless they make intense efforts to eliminate the scourge of meanness from their minds. They will eventually become like those who advocate the path of violence.

The endeavour to remove inferiority complexes from the mind leads human beings slowly but surely to the Supreme Entity and establishes them in universal humanism. Hence it will not do for those who are determined to solve the problems of humanity to accept inferior ideals; along with this they must also acquire the strength they need to implement their ideals. The active endeavour to acquire this strength is called sádhaná – the sádhaná of the Supreme. It should be borne in mind that no theory will ever bring people salvation. In fact, it is the inner strength gained from spiritual practices which helps to expand the individual mind. The tremendous force acquired from spiritual practices helps to bridge the gap between the harsh realities of human existence and the supreme desideratum of human life. This is an eternal truth, applicable to all spheres of life – social, economic, psychic and spiritual.