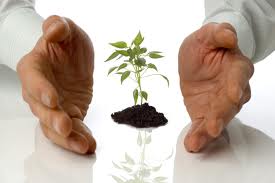 In olden days Bengal used to conduct barter trade with countries such as Sri Lanka and Burma. Much of the commercial trade in rural Bengal was conducted through barter and only a negligible portion through the exchange of bullion. Farmers used to buy commodities from people of different vocations in exchange for their agricultural merchandise. Even 150 years ago there was hardly any exchange of bullion in the Birbhum district of Ráŕh. Peasants used to buy mangoes, lambs, lamps, dhotis and saris in exchange for rice. Carpenters used to buy cutters and knives in exchange for wooden articles or beaten rice. The village people of Bengal called this system “barter trade”. Where there was a difference in the standard of bullion, commodities were not sold through gold or silver bullion.

The rulers (monarchy was the system in those days) used to deposit gold or silver bullion in the public exchequer. Some portion was spent on the salaries of government employees and to meet the expenses of the government’s developmental programmes.

The place where the rulers produced bullion was called t́ankashálá – in English, “mint”. The words t́anká, tanká and tankha have come from the word t́anka. Even today in northern India, the word tankha is used in the sense of “salary” or “pension”. In the Shubhaunkarii [mathematical charts used for calculations], Shubhaunkara Dás, a káyastha from Bankura district in Ráŕh said, Mańprati yata tanká hoibek dar… That is, “For every mań [maund, thirty-seven kilos] the price in tanká will be…” The amount of money which the government releases for public use in the market is called gańatanka.

Though it is a slight digression, I would like to add the following. The clay modelling and temple construction industries have left many beautiful relics of subtle art which demonstrate the finer sensibilities of the human mind. In ancient India, especially in southern India and Orissa, many kings used to spend bullion on building temples instead of spending it on developmental programmes. It is said that not even a penny of the total revenue collected over four years in the ancient kingdom of Utkal was spent on developmental programmes. The entire amount was spent on building the Konarka temple. As a monument and an architectural achievement, the Konarka temple is unique. Nevertheless, I hope that the present educated generation of Orissa will deeply analyse the extent to which it was justifiable to build this temple at the cost of food for the impoverished masses of Orissa.

So, increasing the expenses of a government department at the cost of developmental programmes amounts to committing economic suicide. If production is increased through investment in developmental programmes instead, the purchasing capacity of the people can be increased without increasing their salaries. When purchasing capacity is increased, both government and non-government employees will benefit.

Other material on Development, Gold standard: