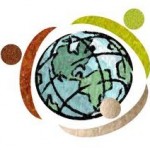 Dr. Sohail Inayatullah
Development alternatives in the past have been framed by a paradigm that has been nation-state oriented, framed by the narrow boundaries of economics, and focused on bureaucrats, capitalists and technocrats as agents of change. Using the Western industrial model, the goal of development was to create independent institutions that were not controlled by the feudal class, and new minds that were not fatalistic. It was hoped that through massive aid and loans, the Third World could join the First. However, the impact of colonialism (the extraction of wealth and the creation of a collective inferiority complex) and the cultural and spiritual contradictions embedded in the Western industrial model were ignored. Economic development merely created a new elite in the world that aided in the further impoverishment of the many. By ignoring the culture and history of the third world, as well as the environmental impacts of massive industrialization, development and development theory has become increasingly problematic.

Recent efforts to rethink development have attempted to deconstruct the power relations embedded in the idea of development itself, particularly to free development from its social Darwinian views of past and future. In addition, emerging models have focused on the contribution of those that have been the traditional raw materials of development: rural labour, women, children and the environment. From being nation, technocracy and bureaucracy oriented, development approaches now focus on local people’s organizations and international non-governmental organizations as agents of transformation.

In contrast to the capitalist notion of development which has been superb at providing freedom (for capital, for individual mobility and for labor mobility within nations), local models of development focus on identity and survival. Calling for research that emerges from local categories of reality, they focus on policies that do not degrade the environment or increase inequality among classes.

These models are often not linear in their assumptions. That is, they do not believe there is an end stage of modernity to reach. Rather they believe that all polities, individuals and economies follow a rise and fall, expansion and contraction cycle or pendulum. Within this framework, development then is not based on the values of those presently wealthy. Rather it is believed that all regions can contribute in shaping our model of the ideal society.

However, local models have not been able to solve the problem of globalization, of the desire for Westernization among local communities. Local models, while giving communities a sense of history and pride, have failed at providing consumer items.

The previous alternative to capitalist development, the communist party model—which focused not on the idea of individual freedom leading to growth, but state power leading to justice—has been discarded as both freedom and identity had become fugitive. Only survival needs and to some extent well being (economic growth) were met.

In contrast, the new Japanese-Confucian model has attempted to perfect the traditional development paradigm by no longer pitting the State against business, and labor against management. Focused on education and the long term in its planning cycles, the State and the corporation have become the family providing collective unity as well as hierarchical discipline. Economic growth has been placed ahead of identity and social freedom. However, as economic well being has increased, the problem of individual identity has reemerged, as have spiritual needs previously relegated to history by the glitter of modernity.

Future development models to be successful must be able to meet freedom and mobility needs, identity needs beyond nation and ethnicity, survival needs, and well being needs. And these models must be able to provide for economic growth (based on the idea of savings, hard work, distribution but not exploitation of third world, women, labor or the environment) and for distributive justice (an economic floor). Emerging models must be eclectic—including ideas from capitalist, state-oriented, welfare, and many cultural traditions. They must also include gender fairness and environment sustainability. Decisions that are made must include women’s categories of knowledge and their enormous contribution to the informal home and formal exchange economy, and also include the long-term health of planet Earth.

Finally, empirical indicators of new models must include the contribution of these new actors: women, community and the environment.

An emerging global alternative development model is the Progressive Utilization Theory (PROUT) of Indian philosopher, Prabhat Ranjan Sarkar. It has the necessary dimensions for both strong economic growth (through the development of material, intellectual and spiritual potentials) and for distributive justice (through economic democracy). Cooperatives are its prime economic organization. Identity is based on the spiritual, not the national. But the spiritual is reached in conditions of balance.

Concretely, this model would encourage free trade, but in conditions of equality between nations. Until these are met, regions should not export their raw materials to foreign sites. Rather manufacturing should be established away from populated cities in decentralized areas. Ideally, identity should be spiritual but economic activity should be based on bioregions. With increased communication and trade, regions could become confederations, until a true world economy emerges—one not based on the exploitation of the many for the few, a world in which development is no longer seen in linear terms nor solely in materialistic terms.

The last few hundred years have been the period of the great imbalance. Emerging development models aim to not only restore the ancient cyclical balance but create models based on a dynamic view of order and disorder (chaos and complexity), on an ever changing view of balance.

Other material on Development: