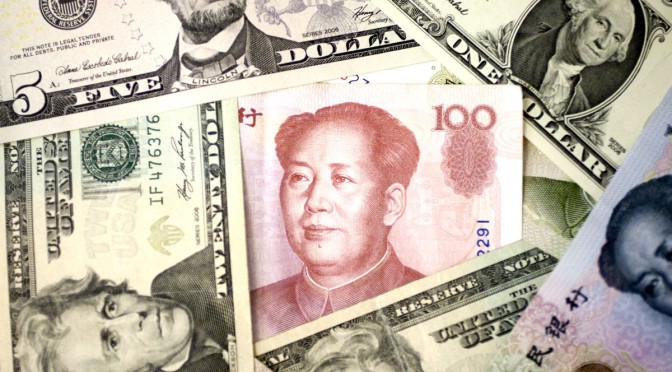 China has also begun supporting the Argentinian peso and the Russian rouble in ways that strengthens the three currencies involved as well as increasing the export of Chines goods to those countries.

Since 2005, China has replaced USA as the number one trading partner of nearly all major countries (among them Japan, South Korea, India, Russia, Brazil, Australia, EU countries, Latin American countries). Soon all these countries too will be using yuan in trade.

For instance, when an Indian will send money to say Uganda, it would go in Yuan and not in dollar, which is the mode of trade right now. By then the US dollar hegemony, if not the currency itself, will be history, notes Dr. Susmit Kumar.

WIkipedia: Internationalization of the renminbi (yuan)