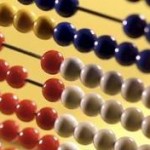 P.R. Sarkar
A developed economy should consist of four parts – people’s economy, psycho-economy, commercial economy and general economy. This quadri-dimension of the economy is a vast expansion on the contemporary and co-contemporary conceptions of economic activity. Most economists today understand only a little of the principles of general economy and something of commercial economy, but both of these parts are still in an undeveloped stage. People’s economy and psycho-economy are totally overlooked by modern economists, and as such could find no place in the present mode of economic thinking.

People’s economy deals with the essential needs of the people in general – the production, distribution, marketing, shipping, storage, pricing, sales, freight charges, pro forma costing, and all related activities of such essential needs. Most importantly, it is directly concerned with the guaranteed provision of minimum requirements such as food, clothing, housing, medical treatment, education, transportation, energy and irrigation water. Continuous improvement in and ready availability of these requirements is the key factor in people’s economy.

People’s economy also includes employment for all; the eradication of mass poverty; the development of rural economy; the phase-wise socialization of land into the hands of those who work physically or intellectually for proper production; practical training programmes to impart skills which enable people to find employment in their immediate urban or rural locality; work placement; and the transportation, trans-shipment, loading and unloading of any materials, even if they are not economically viable in the short-term. It is also concerned with the generation of cheap power and the supply of water, which are essential if people are to control their local economies. Finally, it includes economic decentralization, cooperative dynamo and block-level planning.

Take the example of Bengal. The following programme based on the provision of the minimum requirements may be adopted to improve the economic standard of Bengal.

Food: Although Bengal is fertile it is divided into two parts – areas short of rainfall, and areas with no shortages of rainfall but which experience water shortages in winter. In both parts water conservation is required. The irrigation problem can be solved by any of several methods, including shift irrigation, lift irrigation, tank irrigation and small-scale river projects. The quality of water varies among different rivers. Some water is sweet, and discriminating use of this water can improve agricultural production. Different crops, fruits and vegetables can be grown all over Bengal, which is capable of feeding its entire population of around seventy million people through its own resources if they are properly managed.

Clothing: The type of clothing that people wear depends primarily on climatic conditions and the availability of raw materials. In Bengal, four major raw materials are available for clothing – cotton, mulberry silk, non-mulberry silk, and synthetic silk and other materials. Bengal can become self-sufficient in cotton, silk and synthetic materials, and can even produce a surplus for export to other regions. Mulberry silk is ideally suited to Bengal because it requires a slightly dry climate which is found in eastern Bengal. Non-mulberry silk can also be grown throughout Bengal. Fibres can be produced from copra, rice husks, bamboo, coconut shells, banana leaves and pineapple leaves, which are all widely available. Bengal can also grow wool, and even jute can be used for clothing.

Housing: Construction materials are abundantly available throughout Bengal. Three essential requirements are sand, lime and cement. The clay soil of Bengal is suitable for manufacturing bricks, fire-bricks and tiles, while enormous limestone deposits have been discovered. Bengal can be self-sufficient in the production of building materials, and can also export to other regions. Industries which manufacture construction materials can be quite profitable.

Medicine: Bengal is richly endowed with both herbal and mineral medicines. The major ailments of Bengal are fever and stomach diseases. It is the practice of nature to abundantly produce those herbs which cure the common diseases of the people in that locality. Some districts in Bengal are suitable for herb cultivation, while other districts are rich in mineral medicines.

Education: One’s mother tongue is the natural medium of expression, hence Bengali should be the medium of instruction in Bengali schools. English, which is presently the global language, should be the second language, so higher education should be imparted in English. Sanskrit should also be taught to enrich the cultural heritage of Bengal.

Energy and transportation: Until solar energy can be manufactured cheaply, other energy sources such as hydroelectricity, thermal power, tidal power and wind power can be utilized. All the raw materials necessary for transportation are also available, including rubber, steel, mica, mercury, silver, copper, quartz and manganese. Hence, Bengal can develop all kinds of transportation.

While people’s economy is concerned primarily with the provision of the minimum requirements of life, psycho-economy is concerned with increasing the psychic pabula of the individual and collective mind through appropriate economic activity. People’s economy will be the main concern of undeveloped and developing countries, but psycho-economy will gain increasing importance in the future once the problems of subsistence are gradually solved. Psycho-economy will be of major importance in a highly developed and mechanized economy where people may only work a few hours a week and have much spare time.

Psycho-economy has two branches. The first branch endeavours to eradicate exploitative and unjust economic practices, behaviours and structures. It will counter all economic and psycho-economic exploitation and make people aware of how capitalists, in their singular or collective roles, exploit society and create unhealthy, artificial demands which not only poison the mind but encourage dangerous habits detrimental to psychic sanctity and expansion. The first and foremost duty of psycho-economics is to wage a tireless fight against all degenerating and dehumanizing economic trends in society.

The second branch of psycho-economy develops and enhances the psychic pabula of the individual and collective minds. This branch is virtually unknown today, but it will become an extremely important branch of economics in the future. It will ensure equilibrium and equipoise in all levels of the economy. It will find new and creative solutions to economic problems to nurture the maximum utilization of psychic and spiritual potentialities. Psycho-economics will add to the glaring glamour of economics.

This part of the economy is concerned with the development of scientific, efficient methods of production and distribution which will not incur loss and where output will exceed input. The aim of commercial economy is to ensure the maximum utilization and rational distribution of resources for the benefit of all.

Although some development has occurred in both commercial and general economy, there is scope for much greater development.

PROUT advocates a three-tiered industrial structure which includes key industries managed by the immediate government, cooperatives, and privately owned enterprises. Key industries will function on a “no profit, no loss” principle. General economy includes the organization of the industrial structure and the coordination of economic planning at all levels to ensure collective welfare.

These four parts of the economy should be integrated and adjusted according to neohumanistic principles to ensure the maximum utilization and rational distribution of all resources, and to harmonize human progress with all creation.