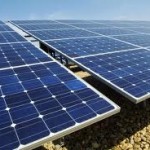 From Samaj, a New Dimension on Politics, published by Proutist Universal Global Office.
The concept of utilization is not new. However, PROUT’s concept of utilization of all resources is unique. Resources are generally defined as society’s stock of capital, labor, land, mineral wealth, the level of education, knowledge and technology. Sarkar’s concept of resources implies a proper environment conducive to the physical, mental and spiritual development of individuals and society. Here, resources encompass subtle human properties – psychic and spiritual potentialities.

PROUT distinguishes between the resources available to an individual and those available to the society. The former may be categorized into physical, mental and spiritual resources. The meaning of physical resources is obvious – it derives from the human body – its health, strength and stamina. A healthy person has a greater capacity to work and enjoy. Here we must remember that a human’s wealth is not only confided to his/her manual or intellectual labour. Rather, there should be maximum opportunities for the development of human potentialities towards higher values of life.

In capitalist society everything including human beings is reduced to mere commodities. This certainly degenerates human potentialities; human beings are converted into robots, and human aspirations and sentiments are neglected. Proper utilization of human physical resources means the right to work in a proper way for social reconstruction.

In the present-day world there is tremendous loss of human power due to defective planning. The capitalist profit-motivated economy and the state monopoly in former communist countries have subjugated human physical potentialities, thereby preventing the formation of a sound social structure. Care should be taken that these potentialities do not get exhausted in the pursuit of consumer goods only.

Our capacity for work and enjoyment also depends on our mental strength, stamina and intelligence. More specifically, mental resources signify ideas and technological inventions, i.e. the whole range of intellectual expression. There should be proper opportunities for intellectual development through educational institutions, mass media, cultural institutions, etc. The real purpose of education is to enlighten the mind towards freedom, to create a consciousness towards real values of life, and to enhance moral and spiritual values in society in general. Many persons are endowed with higher intellectual potentialities. They should utilize these potentialities to promote human progress. Intellectual and spiritual knowledge should not be the monopoly of any person, family or group.

The third resource possessed by a person is the spiritual potentiality. This aspect of human life is the most important for the individual as well as for the collective welfare. Spiritual resources include knowledge and techniques useful for broadening and expanding the mind. These lead to the development of higher qualities such as honesty, integrity and self-sacrifice. Such spiritual resources are the subtlest of the three resources possessed by an individual, and for this reason they are the hardest to acquire. One has to strive to develop them. Most definitely they cannot be ignored when considering social welfare. Unfortunately most present-day economists and other social scientists fail to recognize this vital fact. Their efforts are confined within the periphery of the physical and intellectual worlds. Trapped within a paradigm of relative physical and mental knowledge they do not consider the spiritual values of life as highly valuable human and social resources.

Now let us explore the resources available to society. The universe is composed of five rudimental factors: ethereal, aerial, luminous, liquid and solid factors. The ethereal factor is the physical space. The aerial factor consists of all the gases; the luminous factor of light and fire, the liquid factor of water, oil, etc. and the solid factor of minerals, wood, solid metals, etc. To Sarkar, all these five rudimental factors constitute resources available to society for utilization.

Modern physics traces the birth of the universe to the creation of the aerial factor. Several billion years ago there was a big bang or explosion that created a giant mass of gas and light. Liquids and solids later resulted from this massive outburst. But what was the source of the huge mass of gas? It could only be the ethereal factor, the material factor subtler than gas. Space is also physical and needs a material base for its existence, and the ethereal factor is this material base from which the entire physical universe continues to transform itself into still cruder forms of matter with the help of the five rudimental factors.

The five rudimental factors are inter-connected. For instance, if two parts of hydrogen gas are mixed with one part of oxygen gas, water – a liquid – is ordinarily created.

In addition to the five rudimental factors, society’s resources include those resources available to individuals. Thus Sarkar’s concept of social wealth is much broader than any other known concept of such wealth.

While considering utilization we also have to be conscious about non-utilization and misutilization. For example, non-utilization of physical wealth leads to uneven distribution and great injustices. Furthermore, in affluent countries it is seen that many do not know what to do in their life, as everything seems to have been taken care of. As a consequence, a sort of nihilism or anti-social mentality develops.

Proper utilization means maximum utilization, balanced utilization and progressive utilization of each and everything. Mundane potentialities, which are latent in land, water, sunlight, air and ether, should be utilized maximally and properly. There has not been so much effort to explore the maximum utilization of natural resources. Yet there is ample scope in nature’s resources to provide a congenial living environment for each living being. For example, there are vast resources of food in the sea, and tremendous amounts of unharnessed energy and vitality in the air, sunlight and water.

The cause of most modern social problems is defective socio-economic-political institutions. Capitalist institutions are based on profit-maximization. So the capitalist concept of utilization depends of the concept of maximum profits – not on consumption needs or the welfare of each individual. Collectivization (communism) failed to meet people’s consumption and welfare needs as that system was out of touch with the realities of human character. Communism was cent percent materialist and could not offer a congenial socio-economic atmosphere of security and competitive growth.

Progressive utilization motivated by consumption and based on human values will ensure social security. Parallel to the proper exploration of nature’s latent resources the worth and value of all living beings should be recognized. There are two types of such value: utility value and existential value. Self-motivated interests give priority to utility value over existential value. Hence they think nothing of disturbing or even destroying ecological balance, which as but a vague existential phenomena to them devoid of utility value. Most of the so-called green consciousness of modern corporations is the result of government and public pressure. It is not the expression of a genuine concern of those corporations for the welfare of all. Only the concept of proper utilization can give all living beings their existential due and secure the proper utilization of all natural, individual and collective resources.