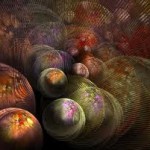 Potentialities are all around

In order to acquire some particular wealth, a corresponding potentiality is required such as environment, motivation, raw material, knowledge. Without taking help of the suitable potentialities one will not get wealth. How to recognise such potentialities, how to bring them into one’s life, how to utilise them properly? These are crucial questions for persons who want wealth.

In the same way as we may not be impressed by the small acorn when compared to the mighty oak tree, we often fail to grasp the vital connection between potentialities and their mature form as exquisite wealth. As a consequence, some of us may lapse into lazy daydreaming about wealth instead of getting on with the hard work. This kind of unsystematic approach make people ignorant and blind as far as utilising essential potentialities is concerned.

Potentialities are latent forms of wealth — dormant, potential wealth. Our world is actually littered with potentialities, as if there were a gigantic “potentiality tree” in our midst exuding millions of potent seeds every day. Just as 99 per cent of the seeds of any tree never come to fruition, we also fail to notice nearly all of the potentialities that emerge constantly in our world.

While wealth may be classified into three broad categories — physical, mental and spiritual — the number of potentialities is larger: 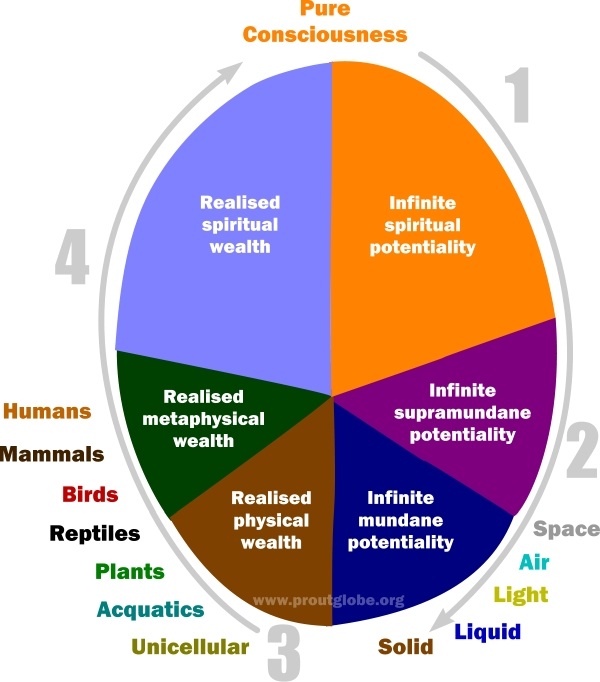 These are the five main forms of potentialities of our world, which emerge around and within us constantly.

Why is this process unstoppable? The initial production of potentialities out of consciousness is the act of Creation itself. In simple terms, any shape or object, such as the words you are reading now, and the thoughts and feelings registered in you by them, are expressions of that infinite stream of consciousness. The same is the case even with crude physical wealth such as mountains, furniture, low pay, good pay, vehicles, etc. They are all created out of consciousness due to some potentiality or the other.

When we realise the connection between potentialities and various forms of wealth, we come closer to generating exactly the type of wealth that we actually want in our life. This is what successful people do: They focus only on that which they find really useful and bring it to fruition in their life.

The secret of enjoyment

Any type of wealth has a finite, identifiable form. Conversely, the consciousness that generates potentialities for wealth is infinite and is therefore not fully identifiable to us. Even then, this inscrutable source of all potential wealth never disappears from our life even for a second — as long as we remain open to its existence.

“Remaining open to its existence” seems to be of the essence. How can do that and keep welcoming numerous fresh potentialities into our life?

Let’s look at wealth again for a moment. An ancient Chinese proverb says: “If you own less than 10 things, you own them. If you own more than 10 things, they own you.” Few would disagree with this piece of practical insight; everyone knows there’s a fine line between enjoying and being troubled – but how come?

The secret is that whenever we enjoy some wealth we allow ourselves to be conditioned by it. This is the fundamental principle of enjoyment: We enjoy wealth by recreating it within to such an extent that our inner recreation of wealth dominates our experience so that we may enjoy it. This inner enjoyment necessarily requires inner conditioning. It makes us change inside.

Until inner recreation takes place and we enjoy wealth, our wealth and potentialities may even be buried at the bottom of the sea or float in outer space for all we are concerned. It would not be in our contact anyway. Wealth becomes real and enjoyed by inner recreation only.

The trouble with enjoyment

In reality, enjoying wealth by inner recreation has more than an element of conditioning to it. Due to its irresistible appeal, enjoyment hooks a person and makes him or her dependent. Some people may even sit alone in a corner imagining that their wealth is still with them long after it is gone. They simply don’t know how to cope without that particular type of wealth that they once made their most precious internal object. For this reason some bankrupt people kill themselves even when their families only want them to live on with or without wealth.

Such psychotic wealth-loss reaction is only natural in the immediate aftermath of great catastrophes and tragedies. It is a way for people who have been seriously shocked by the loss of something that meant everything to them to get started with their natural grief process. In the case of very rich persons however, unchecked and unfounded wealth hysteria may lead to a state where such purely imagined dispossession has become their regular attitude even when they haven’t lost anything.

A mind conditioned to enjoyment tends to manipulation, distance and suspicion, a condition as bad as that of any other addict. This kind of negative mental attitude of the very rich and powerful is in fact a destructive potentiality and should never be supported or left unopposed.

Some may think it ironic that some people start to develop deficient and defective economic, social and cultural behaviour as soon as they become a bit better off. Why, it is only a most natural development. It happens in numerous cases of various types of wealth – not only with the financially rich but also with the beautiful, the powerful, the intelligent, etc. The reason for it is inner inflation caused by constant inner recreation of their wealth and its enjoyment. In the absence of a constructive goal over and beyond the limited, it is not at all easy to handle the enjoyment of wealth.

Nobody wants to be caught up by limitations. We would all like to go on exploring fresh potentials. But a clever hunter once made a trap. A small cage with an opening in it just large enough for the monkey’s hand to slide in was placed in the jungle. Inside the cage the hunter placed a few striking objects: Pieces of fruit and a couple of shiny objects. It now became very easy to catch one monkey after another who never seemed capable to letting go of the things inside in order to allow their fist to come out again of the opening and regain their freedom. Instead the monkeys remained stuck until the hunter arrived and proceeded to train them for his own commercial purposes.

People who have become seriously dependent on wealth run higher health risks than the average. A Canadian study (2011) showed that people of lower income groups had a much better diet than the people at the very high income level while the best diet was found in people of middle income groups. Research in Denmark (2001) showed that suicide risk for patients admitted to hospital with a mental illness fell dramatically with decreasing income levels. Rich people with a history of mental illness were up to three times more likely to kill themselves than those with less money.

Such a strange, sad state: In one way rich and in another way much poorer than the poor! In that static condition, of helplessly clinging on to some wealth that does not serve any constructive purpose any more, it would be hard to call them rich as they are neither able to enjoy their  wealth properly nor do they remain open to the fresh potentialities that keep emerging every second. How could they be open when they are already full of something that owns and controls them so?

The importance of spirituality

Wealth is most powerful. Even those who have become quite familiar with a number of its dark secrets, still long for it. On the other hand, those who manage to remember the true source of wealth go free — and can still continue to enjoy wealth. How is that?

Former CEO of the SAS airline, Jan Carlzon, revealed what had made his career so successful: His wish to make his parents proud. In the 1980s, Carlzon, then the world’s youngest airline boss, became known for rescuing SAS from decline, significantly by putting a smiling face on all its employees in a powerful drive to remove artificial boundaries among employees and between the company and its customers. Under Carlzon’s first year at SAS, the airline went from being hopelessly unreliable to being Europe’s most punctual airline with a modern decentralised management approach. After completing his work with SAS, Carlzon went on to start and lead several highly successful modern businesses and being a much sought-after speaker. His chief aim of life is obviously not the wealth that automatically comes with his job but something else of a higher order: To serve and to please. This caring person has proven to the world that it is quite possible to be around wealth and still remain open to subtler potentialities. Today Carlzon continues to spread his message of no artificial boundaries – for free, doing the world a great service. In the same way, if we remain open to the essential source of potentialities we shall be able to enjoy the world consummately while doing some good to it, lose nothing, and avoid getting trapped in the end.

A shoe-shine man eyes your shoes and looks no further. A sportsman sizes up your entire physique. A teacher may quietly mark your manners. The wealthy will assess your financial potential. All judge others by their own yardstick. Those who ideate on consciousness will keep expanding their own and others’ potentialities until they become the supreme creative potentiality itself. As you think – so you become.