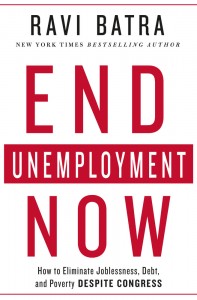 Dr. Ravi Batra is out with a new book on the alternative to capitalism and communism in the US, this time focusing on how to end unemployment now — despite Congress, that is.

Material by and with Dr. Batra on PROUT Globe (click and scroll)