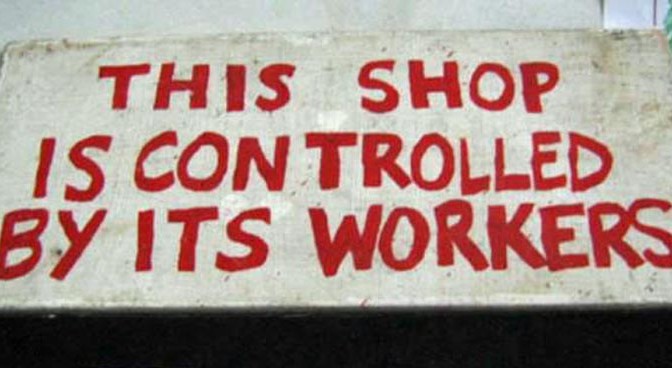 © All rights reserved by Proutist Universal

Today as so many people around the world are being thrust into poverty in the latest crisis of the Global Economic Depression, are we not honour-bound as human beings to ask why? Why is it that a few elite bankers playing with banks and stocks can destroy banks and corporations and then ask the people to pay the price by using the people’s money to bail out these corporations? Why should poor people all over the world have to pay the penalty for the crimes of others? Why should poor people have to starve because Western speculators play games with the price of food? Before there was a dual policy of ruthless plunder for non-European nations and American corporate control for Europe – but now there is only one policy of using currency and stock speculation to drive countries like Greece into bankruptcy and then stripping the corpse of these national economies like wolves gnawing on the last bit of flesh of a deer. More importantly the people of formerly rich nations need to ask their conscience, why they have tolerated the economic immiserisation of countless people in the Third World and the Fourth World (world of stateless indigenous peoples or adivasis)? Similarly the rich and middle class in these poorer nations like India and Nigeria need to ask themselves the same questions.  Now that the chickens have come home to roost, it is important that we must have genuine global brotherhood and sisterhood. This starts with facing the facts about economic tyranny and having the courage to dream and to fight for economic democracy for everyone, for every community in our global village. This is why our rallying cry is,

Economy of the People,
By the People and
For the People!
O People, take back
Your economy!

Every freedom struggle begins with a vision of freedom and that is precisely what we are trying to ignite by discussing the principles of economic democracy with you.  Evgenia Ginzburg, survivor of the Gulag stated that humanity spent the 20th century running between Hitler and Stalin. We can no longer afford to continue misery to millions by persisting in this two dimensional suicidal approach. In the pioneering discourse on Economic Democracy, Shrii Prabhat Ranjan Sarkar, the propounder of the Progressive Utilisation Theory gave the mission of the freedom struggle of the 21st century in these words,

These principles or dimensions of economic democracy are compiled from three seminal discourses by Shrii Prabhat Ranjan Sarkar, the propounder of PROUT (Progressive Utilisation Theory), on Economic Democracy, Economic Decentralization and Block-level Planning. These different principles are interrelated and each principle upon deeper analysis will be found to state or imply the other principles. The commentary is also derived from the works of Shrii Sarkar.  These principles are a kind of Yoga or Union.

The Aśt́áuṋga Yoga popularized by Yogi Patainjali are the eight principles of attaining Union (yoga) of the unit Self with the Supreme Self. These eight principles are the principles by which the members of our local, regional, national, global and Cosmic Society will attain Union with each other in the form of a matrix of localized economies in order to create a Universal Family based on Universal Love that is called Ananda Parivara.

As Shrii Sarkar has revealed,

“We must have Yoga in all the three strata of life. If there is Yoga only in the spiritual stratum and there is no Yoga in the psychic and physical strata, what will happen? The very existence of human beings will become unbalanced, human equipoise will be lost. So we must have Yoga, or rather Yoga-oriented movement, in each and every sphere of life.

The crudest portion of human existence is the physical body. Now, what is this physical body? For human beings there is the external physical body and there is the inner projection of the physical body in the mind. You see an elephant in the external physical world, and you see the projection, that is, the extro-internal projection of that elephant in your mind. But for the creating Entity, for the Causal Matrix, there is no external world, so there is no physical world. For Him there is a psychic world and a spiritual world. But, for human beings there are three worlds – physical, psychic and spiritual. So, for us, our physical world is nothing but an ectoplasmic (mental) world of the Creator. While doing any work, while being engaged in any action we should remember the fact that whatever we see, whatever we do, is within the ectoplasmic scope of the Creator. This will be our Yoga in the physical sphere.

Suppose there is a drop of water in an ocean. When the drop feels its unity with the ocean, the drop no longer remains as a drop, it becomes the ocean. But when it feels its separation from the ocean, it is nothing but a drop of water. So, when a human being feels his/her unity with the Supreme Lord and feels that he/she is not an ordinary person, but the blessed child of the Supreme Father and when becomes one with him, then he/she is no longer an ordinary person. He/she acquires immense power, immense vitality, infinite vitality and this is your Yoga in the physical sphere. You should always remember that a man or a woman is an ordinary person when separated from the Supreme Father, but he/she becomes Supreme when one with the Supreme. This we do with the help of our Guru Mantra. This is Yoga in the physical sphere.” (What is Yoga?)

How does this yoga in the physical sphere related to the path of social, economic, cultural and political justice? Shrii Sarkar explains saying

“To establish a heavenly kingdom in this mundane world, human beings will have to fight tirelessly against the internal and external demons. But this does not mean that the demons should become the object of ideation. Brahma Sádhaná (endeavour to merge the mind in Consciousness) is entirely different from jad́a sádhaná (the pursuit of matter) because it focuses on the goal and not the clash. Spiritual aspirants who struggle to expand the self should never compromise themselves with those forces which try to thwart the process of supreme expansion. The path of self-expansion and righteousness (dharma sádhaná) is the path of valour. There is no place for inertness or cowardice on such a path.

In the social sphere, the perennial struggle of human beings should not be undertaken individually but collectively. Those who provide leadership in the social struggle must be established in Yama and Niyama (code of yogic morality). Such people I call sadvipras (spiritual revolutionaries).

How will sadvipras be created? They will be created in the continued endeavour to expand the self. By reciting holy scriptures or by acquiring a few Sanskrit titles, one cannot succeed in spiritual pursuit. Brahma (the Supreme) does not care who is of noble descent or high caste. The important thing is to continue sádhaná. One’s life can only be properly evaluated in the light of that struggle.

The struggle in collective life, with the sadvipras in the position of leadership, will continue endlessly. Sadvipra after sadvipra will come: the torch carried by one will be handed over to the next. But the sádhaná of individual life is not endless – it culminates in the attainment of Brahma [Consciousness]. Those who believe that they must first attain success in individual life before participating in the collective struggle will not succeed. They will never bring expansion in their individual lives if they ignore collective welfare. To be worthy of being sadvipras, individuals will have to concentrate on both intellectual and social development. Otherwise, no matter how lofty the word Dharma [sublime righteousness] might sound in theory, it will remain as a big hoax in the practical field. All spiritual aspirants must strive to become sadvipras, and that, too, from this very moment. If a person who takes bribes starts an anti-bribe campaign he will become an object of ridicule. One will have to make an earnest endeavour to develop oneself thoroughly; mere rhetoric will not do. Only those endowed with sincerity and devotion [mystical love] can be called righteous, and can successfully propagate Dharma.”