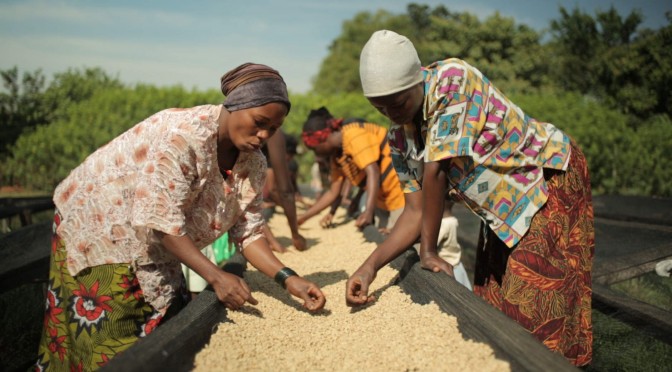 Commentary: As Schopenhauer noted, ideas go through three phases – first they are ridiculed, second they are violently opposed and finally they are accepted as common sense. Throughout history slaves, saints and scholars have proclaimed, fought for and died for this most basic, common sense principle. All rights become meaningless without the right of live. Can there be nothing more common sense than this principle? This principle has been stated by Shrii Sarkar in the form of a Sanskrit aphorism (sutra).

However this principle has been rejected by the majority of economists since the field began. This is because the very meaning and mission of the word economics has been violated. The English word “economics” means literally the laws of the household of a community. The idea of every community and the entire human community as one household, with one hearth of one family has never been accepted by the so-called civilized communities although it is common sense to many so-called backward, indigenous communities. The current system of economics is based on the slave household where a small group of people fatten themselves on the misery of the rest. A new, genuine economics thus must find its mission in the protecting and thriving of every single member of our human household and this includes our plant and animal brethren as well as the rivers, mountains and the Earth itself.

From this vision comes PROUT’s mission that the foremost branch of economics is People’s Economics. Shrii Sarkar defines this as follows:

“People’s economy deals with the essential needs of the people in general – the production, distribution, marketing, shipping, storage, pricing, sales, freight charges, pro forma costing, and all related activities of such essential needs. Most importantly, it is directly concerned with the guaranteed provision of minimum requirements such as food, clothing, housing, medical treatment, education, transportation, energy and irrigation water. Continuous improvement in and ready availability of these requirements is the key factor in people’s economy.

People’s economy also includes employment for all; the eradication of mass poverty; the development of rural economy; the phase-wise socialization of land into the hands of those who work physically or intellectually for proper production; practical training programmes to impart skills which enable people to find employment in their immediate urban or rural locality; work placement; and the transportation, trans-shipment, loading and unloading of any materials, even if they are not economically viable in the short-term. It is also concerned with the generation of cheap power and the supply of water, which are essential if people are to control their local economies. Finally, it includes economic decentralization, cooperative dynamo and block-level planning.” (“Quadri-Dimensional Economy”)

The second and older word for economics is the Sanskrit word Artha. Artha as per Shrii Sarkar means the temporary removal of physical, psychic (intellectual, emotional, cultural, intuitional) and spiritual suffering. Hence economics or Artha is a libratory science. The current system of economics was developed by agents of the British and American Empires and is designed as a propaganda tool to justify the economic looting of criminal elites and to justify the violence they use to attain their goals. A new genuine Artha must find its mission in awakening the minds of the exploited people to their slavery, awakening our minds to the vision of being collectively in control of the destiny of the local economy and awakening our hearts to the countless revolutionary struggles to seize control of their local economy from the hands of the exploiters.

From this vision comes PROUT mission for Psycho Economics. Shrii Sarkar defines it as follows,

“Psycho-economy has two branches. The first branch endeavours to eradicate exploitative and unjust economic practices, behaviours and structures. It will counter all economic and psycho-economic exploitation and make people aware of how capitalists, in their singular or collective roles, exploit society and create unhealthy, artificial demands which not only poison the mind but encourage dangerous habits detrimental to psychic sanctity and expansion. The first and foremost duty of psycho-economics is to wage a tireless fight against all degenerating and dehumanizing economic trends in society.” (“Quadri-Dimensional Economy”)

The availability of the minimum essentials of life plays a vital part not only in achieving a world family but also in the development of the personality. Countless youths are destroyed every year by the violence of adults who are traumatized by poverty. Poverty it has been found affects the brain and decreases one’s cognitive capacity. When one loses self-respect and lacks confidence, one not only loses capacity to reason, one also loses one’s conscience and hence starts down the dark road of theft, violence and addiction to drugs or alcohol. This is why the guarantee of minimum requirements is so crucial for society today. In Scandinavia, for example in the past, the purchasing capacity of the people is high and they enjoy a good standard of living. Because of this they do not face the problem of overpopulation – which is serious problem only in societies with extreme economic inequality based on extreme economic tyranny of 1% of the elites.

Finally we should note that guaranteeing the welfare of everyone will lead to the all-round welfare of society. Let us be clear as to what a real society is. It has nothing to do with nations, races, religions and other vivisections of the Cosmic Family. Nor does it have anything to do with species-ism or the exploitation and genocide of animal and plant species and the assault on the planet itself. As Shrii Sarkar so simply reminds us,

“If we take the full meaning of the term society into consideration, it will be seen that till now human beings have not been able to form a real society. If India builds a society for only Indians, Pakistan for only Pakistanis and England for only the English, then three separate societies will exist, but we cannot look upon them as the society of humanity. Because humanity is divided into groups, one society will naturally try to thrive by exploiting the vitality of others. On observation you will notice that efforts are being made to establish so-called societies in some particular part of the world, for some particular section of the people, and based on some particular “ism” or faith. A social consciousness based on such divisions lies latent in the minds of the people, whether they are Indian, Pakistani or English, so they remain absorbed in thoughts of their smaller groups. It is actually due to some external impact that social consciousness takes the form of a really all-embracing Indian, Pakistani or English consciousness. The social consciousness of an enslaved nation is never more keenly felt than when the people are at war with the dominating colonial power. After independence that consciousness is lost. Examples of antisocial fissiparous tendencies do not stop here. Even in different regions of the same country people do not live within one social group…

To what state has society effectively been reduced? I reaffirm the fact that human beings have still not been able to form a human society, and have still not learned to move with the spirit of a pilgrim. Although many small groups (motivated by self interest) work together in particular situations, not even a small fraction of their work is done with a broader social motive. By strict definition, shall we have to declare that each small family unit is a society in itself? If going ahead in mutual adjustment only out of narrow self interest or momentary self-seeking is called society, then in such a society, no provision can be made for the disabled, the diseased or the helpless, because in most cases nobody can benefit from them in any way. Hence it will not suffice to say that all people marching ahead is only a collective form of segregated psychic phenomena; for in that case there always remains the possibility of some people getting isolated from the collective. All human beings must attach themselves to others by the common bond of love, and march forward hand in hand, then only will I proclaim it a society.” (Shrii Prabhat Ranjan Sarkar, “The Spirit of Society”)