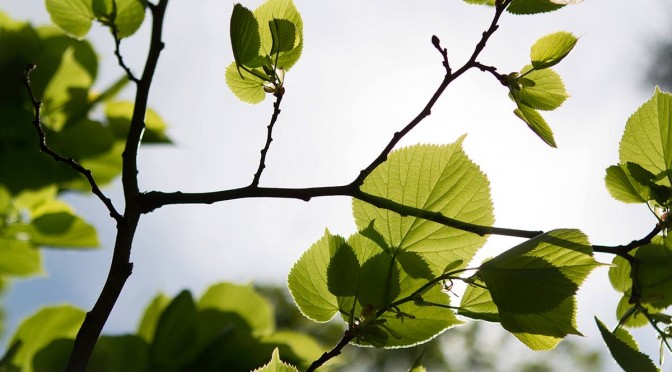 “What we mean by progress in the physical world is only the awareness of pleasure. We either fail to see or purposely ignore the corresponding pain aspect, but the only real human progress is spiritual progress. Concern with the physical and intellectual field should be for the purpose of adjusting the base on which spiritual progress will thrive.” – P.R. Sarkar

To understand PROUT, it is necessary to begin with its concept of progress. In common parlance, the term “progress” is associated with technical and scientific advancement, or anything that enhances the comforts of life. But these also create problems and can therefore not be termed as real progress.

Humanity is said to have made tremendous progress today because life seems so much more comfortable these days then it was a few centuries ago. Nowadays people can travel fast by land and air, whereas only a hundred years ago they were travelling by horse-drown bogeys and bullock carts. If we go back to ancient times, people had to travel on foot. This progress is commonly understood as an increase in living comforts through scientific inventions, which have eased our lives not only physically but also mentally. The invention of paper has helped spread scholarly ideas. People can now engage their minds reading novels and other literature. The Internet is another case in point, having put exchange of ideas and gathering of information at the fingertips of all. Scientific discoveries may be credited with tremendous advance that humanity has made in the physical and intellectual realm.

All this, according to PROUT, is not progress. To be sure, it has resulted in a great change in the mode of living, but it is not progress because most scientific discoveries have created problems which were non-existence before or which have increased proportionally with the various material or intellectual developments. Faster travel today has increased the risk of accident; industrialization has resulted in environmental pollution and cancer and other diseases unheard of in the past, as modern medicines quickly cures the malady but generates side-effects requiring further treatment. Even in the intellectual sphere, there is much available to keep the mind occupies, but people today suffer from emotional problems and neuroses that did not afflict them before. And a momentous invention like the Internet  is surely a mighty river of and and important carrier of information but it is also a cesspool of negative influence and even dangerous addiction to some.

Why cannot progress occur in the physical and intellectual arenas? Why must any positive development on these levels be associated with a negative movement? The reason lies in the very nature of the universe which exists in a vibrational flow balanced by positive and negative forces.

Our Earth and the atmosphere surrounding it are finite. Any positive wave in these finite realms will have to be counterbalanced by a negative wave. Therefore, any invention creating a positive wave of physical comfort is matched by a corresponding negative wave leading to discomfort. In view of the interdependent nature of the physical world, it is not surprising that the results of new technology will be exactly counterbalanced by a side-effect. Therefore if life becomes easier in some respects, it will become harder in others. No one can laud science and technology as anything else but a mixed blessing.

PROUT’s claim that progress is impossible in the physical realm is very strong indeed. It seems to be incredible but it has an internal logic of its own. And today, with the constructive and destructive fruits of science visible in all directions, this logic has become manifestly clear. Can you think of any invention which while reproducing life’s boredom has not added to life’s danger at the same time? Repetitive work is drudgery; when machine can do that work life becomes more pleasant than before. If dishwashers do our dishes, air-conditioners temperate our rooms, laundry machines clean our clothes, cars do our walking and so on, life certainly appears blissful relative to what our forefathers had to endure in a less scientific world. But then they did not have to cope with electric shocks, fatal accidents, urban congestion, super-selfishness, crime and so on.

Indeed the harm done by an invention varies directly with its promises of comfort. Coal results in smoke pollution and so does oil. Nuclear power has none of this and is one vast reservoir of power. But when problems first come in a nuclear plant they may be many times deadlier and more catastrophic than traditional sources of energy. You can move away from the pollution of oil and coal but from nuclear radiation there is no escape. It follows you wherever you go.

Today solar energy holds greater promise than nuclear plants. That is because its dangers are not yet known. Every scientific device conceals invisible dangers that become apparent much later. When utilizing new technology, we do not expect any trouble from it. This is faulty logic and very short term thinking.

Does it mean that science should be discarded? Not at all. With our overwhelming problems concerning energy, population and pollution, our relapse to pre-science days is unthinkable. All it means is that we have to be more cautious about inventions. Before translating any new invention into industrial technology, its side-effects should be thoroughly studies, and investments should simultaneously be made in controlling its emissions.

While the concept of progress in the material sphere is at best dubious, things are not better in the intellectual sphere. The world seems to have greatly advanced in the realm of the intellect. There are more scholars today than ever before. People with M.A. and Ph.D. abound in many nations, and many more are habituated to regular reading and writing. But has all this occurred without a cost?

People in ancient times were intellectually backward, but they did not suffer from emotional stress and neuroses. One who is less scholarly is also less prone to mental disturbances, whereas an intellectual is highly vulnerable in this regard. He or she creates unnecessary problems in his own world of imaginations and experiences sleepless nights. Hence in the intellectual sphere also, progress is unlikely, if not impossible, because the feeling of increased pleasure is likely to be balanced by one of increasing trouble and pain. The barometer of progress in the ultimate analysis must be mental pleasure, which is really nothing but a mental vibration emitted by relaxed nerves. On the  other end, pain is just an opposite experience. When the nerves are under tension, the vibration generated in the mind is called pain. In the evaluating the impact of science, people usually focus on the conveniences it has provided, while ignoring the nervous tensions it has created in our lives. The fact that progress is not possible in the material sphere only means that the scientific change increases both pleasures and pain in the same proportions.

The same holds true with intellectual activity as well. In most states, mind experiences wither pleasure or pain. There may be cases of mental repression of mental denial of either comforting or discomforting things, but such mental stated do not last long. Generally, mind is either happy or unhappy. The intellectual activity undoubtedly increases the feeling of pleasure. A person who has won an argument over another is usually very happy and sometimes delirious with joy. But after a while, he will experience a corresponding amount of pain in some other aspect of his or her mind. The reason is that the human mind has a certain mass and volume. Purely intellectual study and analysis fail to enhance its mass. All they do is to increase the activity and play of ideas into a given intellectual arena. With a greater number of thoughts criss-crossing a given mental field, the result inevitably is increased clash in the mind. Hence occurs the mental breakdown. hence the neuroses. Hence the growing need of psychiatrists in the intellectually developed societies.

Is the progress possible at all? The answer is yes. Human existence has three aspects–physical, mental and spiritual. While the first two aspects are not amenable to progress, the third is. Increased happiness in that sphere is not neutralized by increased misery.

While physical and intellectual activities deal with the limited, spirituality is concerned with the unlimited. Hence the goal in the spiritual arena is not finite but infinite. Therefore, the feeling of pleasure resulting from spiritual activity is not accompanied by pain, or happiness by misery. This then is true progress. In the spiritual experience there is no negative movement, no reaction. For every effort there is a forward march unaccompanied by any deleterious side-effects.

Spiritual activities include meditation and selfless living. Without providing help to the needy, the forward movement towards the infinite is impossible. And since mind’s goal is infinitude, the spiritual life results in an expansion in the volume as well as the mass of mind. As a result, the mental conflict declines, and the nerves get relaxation. The person becomes broad-minded. He or she seeks to serve others, to share in their pains. A community which respects the selfless beings and attempts to emulate them, experiences increased happiness without corresponding pain. That is when true progress occurs in the entire society. The degree of selflessness, therefore, is the true gauge of society’s progress, and not the material development, or its intellectual attainments.

While real progress is unlikely in the material and mental sphere, PROUT does not advocate that scientific and intellectual pursuits be abandoned. On the contrary, PROUT is the champion of science, art and literature. Sarkar insists, however, that scientific advances should be “spiritualized”; they should be accompanied by spiritual practices for such practices enable us to gain increasing mastery over our body and mind. All detrimental effects of scientific and intellectual developments on the human organism can thus be brought under control.

The introduction of new technology increases the pace of life. More decisions than before have to be made in a relatively short span of time; one has to move fast from place to place in order to cope with the speed of the machines. All this adversely affects the nerves, and in turn puts stress on the brain and the heart. Heart failures and mental agonies are the inevitable byproducts of science and technology. Spiritual practices, which calm the nerves, are therefore indispensable if we intend to master science and not be mastered by it.

PROUT’s concept of progress has profound implications for humanity. It suggests that scientific change and intellectual transformation, unaccompanied by spiritual advance, would lead only to degradation in the physical arena such as our environment but also to racism, bigotry, and social conflicts. Spirituality is the foundation of all progress. During the 20th century, thousands of remarkable inventions and new theories have almost totally transformed our way of life. There is no indication that this trend will slow down, rather we expect accelerated movement in all spheres of life. However, at the present we have spiritually stagnated and even moved backwards. Consequently, battles and wars have been deadlier in the 20th century than ever before. Rising greed, crime, drugs and environmental pollution threaten to overwhelm the delicate thread of life on our finite planet. The moral is that change in the physical and mental sphere, without spiritual advance, is ultimately self-destructive.