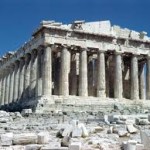 P.R. Sarkar
According to the definition in vogue today, democracy is defined as the government of the people, by the people and for the people. Adult suffrage plays an important role in democracy. In the name of forming a democratic government, different political and communal parties throw their hats into the election ring. Every party issues its own election manifesto to influence the people in order to carry the laurels in the ensuing election battle. Besides, different parties entice the voters through election propaganda. Where educated people are in the majority and political consciousness is adequate, it is not very difficult for people to weigh the pros and cons of the manifesto of a particular party and to ascertain what is in the best interests of the people. But where there is a dearth of education and political consciousness, and where people fail to understand the reality of the manifesto and are misled by wrong propaganda, they cast their ballots in favour of parties whose ideals go contrary to the social interest. Consequently, parties that go against the interests of the people are installed in power.

In the present democratic system, the right to cast a vote depends on age. Suppose people get the right of suffrage at the age of 21. This assumes that all persons attaining the age of 21 have an understanding of the basic problems of the people, but in reality many people above the age of 21 remain ignorant of these problems for want of political consciousness. So the right of suffrage should not be based on age. This right should be vested in those who are educated and politically conscious. Conferring voting rights on the basis of age means that people may cast their ballots without proper understanding and knowledge, while many educated and politically conscious people are debarred from voting because of their age. This is the greatest lacuna of democracy.

The second lacuna is that in the democratic system people have to hear lengthy, insubstantial lectures, which are also often misleading. Leaders have to canvass all and sundry to get votes. They have to placate thieves, dacoits and hypocrites because the latter command great voting power. That is why democracy is the government of thieves, dacoits and hypocrites. The government cannot take action against them because a government that curbs their nefarious activities cannot last long.

It is possible in a democratic government that the members or the elected representatives comprise more than fifty percent of the total number of candidates winning at the hustings while the total votes secured by their party may be less than fifty per cent. In such a condition the government is said to be of a majority party, but in reality it is the government of a particular minority party. As a particular party forms the government the opinion of another party or other parties is not respected in the legislature. Though all parties participate in passing legislation, bills are passed according to the wishes of the party that is in the majority. When a particular party passes acts, that party often derives benefit from the enacted law while the people at large do not derive much benefit from it at all.

As a particular party forms the government, the independence of the government servants is also impaired. The members and leaders of the ruling party interfere with the work of the executive and force it to tow the party line. Under duress work is done which benefits a particular party but harms the interests of the people at large. In the democratic system government officials cannot go against the wishes of the government leaders as the former work under the direction of the secretariat, which is headed by the cabinet formed by the ruling party.

In so-called democracies even the judiciary cannot function independently as the ruling party pressurizes judges and judicial officers. Thus judgements are sometimes delivered which strangulate justice.

Independence of the audit department, too, is indispensable for the proper functioning of the public exchequer. But owing to the pressure of the party in power, it often fails to act independently. For want of proper auditing, public funds are squandered and misused. Consequently nation-building activity is not carried out properly. A government is to govern and serve the people, but it is not possible to govern in the democratic system, for who is there to be governed? The public is placated in order to secure votes which makes the would-be-rulers unfit to rule. And the would-be-rulers are themselves incompetent, immoral, hypocritical exploiters or how else would they get elected? They take recourse to devious strategies and the power of money. That is why there is no one to provide worthy leadership. And as far as the question of the people is concerned, that is meaningless in a democracy. In this system the party and the leaders serve themselves in all possible ways.

Thus, it is crystal clear that the democratic form of government is riddled with lacunae. Without removing them it is impossible to properly run the administration of a country.

Now let us discuss some reforms to democracy. Democracy cannot succeed in countries where people are illiterate, immoral, or backward. Countries like England, the U.S.A. and France are suitable for democracy, but even these countries need to introduce some reforms.

First, legislators in the states and at the centre should be elected on the recommendations of the people at large. At the time of electing representatives the people should pay heed to their education, moral standard and sacrifice for the society etc. If the representatives are elected keeping in view these factors, they will not be guided by party interests but by collective interests. In their minds the interests of the entire human race and society will dominate, and not any class interests. They will be able to enact laws keeping in mind the problems of all and sundry, thereby accelerating the speed of social reconstruction. Their impartial service will bring happiness to all.

The voting rights should be vested in educated persons who have political consciousness and awareness of people’s problems. Age should not be a bar to voting right. If illiterate people are given voting rights there is the possibility of anti-social and incompetent representatives being elected.

To provide a fearless and independent ambience to the administration, the secretariat should be kept free from pressures from the cabinet. The cabinet should confine itself to legislation, the passage and passing of the budget, the implementation of its plans and policies, defence etc. The power of ministers should remain confined to the parliament and they should not poke their nose into the workings of the secretariat. The chief secretary should not be under the president or the prime minister but should act independently as the executive head. All the secretaries should work under the chief secretary. Free from cabinet pressures, every department will serve the people well.

In the present system the judiciary functions under a cabinet minister, and pressure from the minister may impair its independent functioning. To remove this defect and to ensure impartial justice, the judiciary should have the right to function independently. In no case should the chief justice be treated as inferior to the president or the prime minister. Only moralists and honest persons should be installed on the hallowed seat of justice. If people fail to keep this issue under their close scrutiny, injustice will take the place of justice.

Thus, there should be four compartments in a properly constituted democracy – legislature, executive, judiciary and public exchequer – and all of them should be independent from one another. But in such a situation there is still the possibility of injustice and exploitation. So to supervise or monitor the function of all these compartments, the benevolent dictatorship of the board of sadvipras is required so that spirituality will reign supreme. The ascendancy of spirituality will sound the death-knell of parliamentary democracy.