Who Should Exercise Franchise? 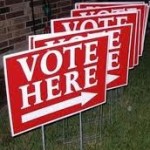 Mahesh Prasad
Though the need to bring in major electoral reforms, rather overhauling the system, was long felt, but it goes to the courage and conviction of TN Seshan that despite mountain of obstacles, he has raised a one man army and is fighting the battle alone; yet, his efforts are only peripheral.

Looking into the gross degradation of moral values in Indian society, the rise of criminal elements and their in-road into the higher echelons of polity; the display of communal, casteist, fundamentalist and obscurantist forces, resulting in booth capturing, snatching of ballot papers and boxes, bogus voting, use of money, material, boozing and muscle power, besides spreading hatred and creating divisive tensions, have actually made the Indian Elections a big joke!

If one single reason is needed to be sought for the entire malaise, even of abysmal devaluation of Indian society, the pet reply would be, by any conscientious observer: adult franchise!

If we study the system of election in the earliest and oldest democracies of the world said to be “Licchavi Royal Dynasty” in ancient India, about 2500 years back, it would be found that every body was not a voter. Both the electors as well as the elected were defined. There was an electoral college and the elected used to be normally from the Royalty. Even in the modern oldest democracy of England, right of vote to a common man was a later day affair.

Speaking of the voting system in today’s democracies, Willium Durant, a great political thinker of United States, had observed the fads and fetishes of the voters guiding them in their judgements even in enlightened electorates of USA and Germany. In 1977, masses had revolted against the rigors and tortures of Emergency; there was wide spread wrath against Indira Gandhi. Whosoever got the ticket for the Janta Party band-wagon got massive victory in the North. People’s anger was reflected in vote against Indira. Not that people had become mature overnight. In fact, they were moved by the tortures inflicted by overzealous bureaucrats under the dictate of Sanjay Gandhi.

Again in 1978-79, when the conglomerate of Janta Party started internal bickering, the people became fed up against the establishment. They immediately reversed their decision of 1977. In 1984, after Indira Gandhi was shot dead by her own security guard, there was a sympathy wave. The result: Rajiv Gandhi, a green horn in politics was voted to power with unprecedented majority. In 1987, Bofors scandal came to light. Sixty five crores were swindled under the table. Rajiv, instead of coming forward to order impartial and effective investigation, resorted to all means to see that truth does not see the light of the day. This was exploited by VP Singh. Result: Rajiv lost in 1989. In all the four elections, therefore, people were just led away by sentiments. In my pinion, it is wrong to suggest that India has become a mature democracy.

(After VP Singh’s opening of Pandora’s Box of Mandal Commission, people by and large, especially in Northern part, have voted more on a caste basis rather than on issues or the merit of a candidate. In fact, there has been more criminalization of politics as each party has relied more on muscle and money power which such elements provided. Thus, the ship of democracy now floats on much more rough water than before).

Constraints of free and fair elections

Fortunately, there are many counter balancing factors in other democracies which have kept the façade from falling. But here in India, such counter balancing forces are yet to evolve. Instead, there is gross illiteracy, abject poverty, all pervading casteism, narrow regionalism, extreme fundamentalism, communalism and annihilating dogmatism. With these evil forces combining with criminal intents, free and fair elections and the real import of democracy will ever remain a far cry.

Proxy, false voting is another malaise of our voting system. Unbridled expenditure running into crores for a parliamentary berth and multiple of millions for an assembly seat has boosted corruption with leaps and bounds at all stages. When a candidate for Lok Sabha has to deal with a constituency of 16 lakh humans and about 8 lakh voters, his efforts under the present circumstances do require money and material commensuratingly. There is no use crying wolf. The bull has to be taken by the horns. Peripheral reforms or changes here and there or steps to restrain expenditure will thus be no final solution.

Raising caste sentiments on the hollow plea of social justice by VP-Paswan-Sharad Yadav syndicate, spread of gross hatred by venomous language of Kanshi Ram-Mayawati combine, allegations of encouragement of criminal elements by Mulayam Singh-Lalu pair are eye opener to all lovers of adult franchise that we Indians are yet not mature for granting voting rights just on the basis of achieving a specific age. Thus, time has come when we have to come out of the dogmatic shell of adult franchise, and have to see the things in their right perspective without taboo or conservatism. In fact, right from day one we should have started our democracy through a selected Electoral College; and then there should have been a continuous and constant effort to enlarge this base so as to include the whole of the population. But alas! Contrary became the destiny of our democracy.

Accept it or not, fact remains, as it has always been, that right of Governance is not every body’s right. Since we are children of a common Progenitor, Creator, we all are part of the same patrimony. Being so, we all have the right of utilization of all material resources. But, as all do neither have the same psychic, intellectual development nor are all bestowed with similar characteristics, every one should not be allowed the right of governance until and unless they have attained a particular level to be judged intelligently and effectively. Since ‘voting’ is the lowest step in the ladder of governance, this right, therefore, will have to be curtailed.

No doubt, the above proposal is diametrically opposite to the dictates of prevalent democracy. But, the present form of democracy has already served enough for well over 200 years with the infirmities, as aforesaid. Like all laws and systems it has to change for the good of the people. Even in the most enlightened and second largest democracy of the world, USA, the mega-trend is: ‘Democracy has outlived its utility’; and people are in genuine search of an alternative.

Under Article 326 of the Constitution, disqualification of a voter has been envisaged on grounds of ‘crime, corrupt or illegal practice’’ but such ‘practices’ have not been defined. At the same time, no educational qualification or acquirement of minimum knowledge of current issues etc. has been contemplated. Thus, the Constitution as it stands today is thoroughly inadequate in this important direction.

It is, therefore, proposed: — “Let there be an Electoral College: voting right NOT on the basis of age, but on the basis of morality, socio-politico-economic consciousness. Persons convicted of heinous crimes, capital economic offences, breach of environmental laws or cruelty to animals during the recent period, or even if cases of this nature are pending in courts, should not be allowed to vote. For judging a reasonable stage of evolution of socio-politico-economic consciousness in a person, boards should be constituted in sufficient numbers all over the country in order to evaluate the suitability of each person. Only those who are found qualified should have right of vote.

With this ‘selective voting’ system, no doubt, the number of voters is bound to be greatly reduced. This will require compulsory voting by all eligible voters.

With the above provision, there is likely to ensue a race amongst parties to educate common people (long overdue) and enlarge the base of voters. Thus, the constricted Electoral College at the beginning will gather larger and larger volume day by day.

Advantages: No need of deployment of forces or mobilization of election personnel and requisitioning of private or public vehicles. No need of erecting thousands of booths or printing of millions of ballot papers and so on; thus saving a lot of govt. expenditure and also helping save the biodiversity by consuming less paper. Scare of muscle-men and booth capturing, resort to violence will be gone for ever. Above all, the malice of casteism, communalism and regionalism will be given a goodbye. In short, there will be vast improvement in the quality of politics.