Who Should Be Allowed To Contest And Get Elected? 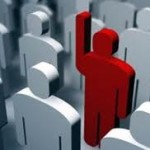 Mahesh Prasad
No doubt, every one, whether a king or a recluse, must be equal before law. For this object Article 14 of the Indian Constitution specifically lays down: ‘The state shall not deny to any person equality before law’. But, this concept should remain confined to the process of law and not to the quantum of punishment. Higher the scale of evolution or the social status of a person, higher should be the punishment. Unfortunately, at least in India, reverse is the position. Functionaries of lower category have been dismissed, their ill-gotten assets confiscated and even jailed, but no politician worth its name has ever suffered such indignities.

Cases of various scandals, right from jeep scandal in early fifties to Bofors going Scot- free are among glaring examples. Recent Bank-security scam and sale of PSU’s shares at a lower than market price involving thousands of crores of rupees loss to the public exchequer, also being dealt with lukewarmly clearly establish the saying of Goswami Tulsi Das: “samrath ko nahin dose gosain”. Had the responsibility and punishment been commensurate to their status, India would not have been in a pathetic state as it is today.

Qualifications of a candidate to be much higher than a voter

Thus, the qualification of a candidate to an election must be fixed much higher than that of a voter and also according to the requirements of the House to which election is sought. For instance, election to a municipal council may require lower educational qualification or lower general awareness while that to Lok Sabha or Rajya Sabha (the Houses which have to deal with complex national and international issues, security matters, defence requirements, budget implications, emergency situations or similar host of important issues) may require men of calibre, higher awareness of socio-politico-economic issues and much higher standard of integrity, morality and dedication.

Infamous stock-broker Harshad Mehta’s open allegation of having given one crore (10 million rupees) to Prime Minister Narsimha Rao should have been considered sufficient to at least suspend Rao’s membership from Lok Sabha pending enquiries by an independent body. May be, the allegations were wrong. But, on a much lesser allegation, ministers and even Prime Ministers have resigned or were not allowed to contest in other democracies. In USA, Edward Kennedy was only suspected for having been involved in the drowning incident of his secretary about three decades before. Till today he could not dare to stand for presidential elections.Recently, Japan has seen many heads rolling in Lockheed scandal. But alas! Here in India, nothing can touch the well-entrenched or the powerful in politics or those in association with mafia and muscle power.

As per CEC’s record there are 146 legislatures with criminal record in UP alone. Even Sheehan’s long sword could not cut off their tie with Vidhan Sabha. No wonder then, the numbers of kidnappings for ransom, rapes and murders, atrocities on women and dalits have much increased. Most often, the press reports the links of a particular police officer with higher-up in political hierarchy. This is why and how the ADGP (UP) has recently come out with a figure of over 800 policemen as black sheep having links with criminals. Obviously, that appears to be a tie-up of politician-police-criminal.

Open allegations by G.R.Khairnar and the DIG Joshi against Sharad Pawar about his links with Mumbai mafia and Don Dawood Ibrahim show how this rot has crept upto the highest echelons in politics. The latter (Joshi) had even filed an affidavit in Bombay High Court in support of his allegations. Yet, the throne of Delhi had not shaken. Neither did it when Bangrappa was involved in Classics Computer deal. Nor when Bhajan Lal or Arjun Singh were charged by responsible citizens to having amassed wealth and constructed not palaces, but citadels.

The misfortune is that there is no provision to recall corrupt legislatures/parliamentarians by the electorate nor there is an agency, independent and powerful enough, to take cognizance of such blatant and unabashed misdeeds of the elected representatives, That’s why a powerful Body like Presidential Board ( to be discussed later) is being proposed.

Existing Constitutional Provisions: For parliament as well as state legislatures, there are parallel provisions regarding qualifications as well as disqualifications of their membership. While the former have been mentioned in Articles 84 and 173, the latter are given in Articles 102 and 191 respectively. Qualifications are: that one should be of 35 years in age for Upper House and of 25 for Lower House; that one should be citizen of India. There is also a provision for laying down ‘such other qualifications’ by Parliament or State Legislature.

Regarding disqualifications Article 102 and 191 read as:

A person shall be disqualified for being chosen as, and for being a member of either House of Parliament—

A person shall be disqualified for being a member of either House of Parliament if he or she is so disqualified under the Tenth Schedule.

From the above it would be clear that the Constitution makers have been very conservative, for obvious reasons, as was the demand of times immediately after independence in late forties in prescribing qualifications or disqualifications for members of Parliament or State legislatures. In fact, these are even less than that of a voter in Article 326. While a voter can be debarred on grounds of ‘crime or corrupt or illegal practice’, but, there is no provision debarring a candidate for Parliament or State Legislature on such ground. The disqualifications prescribed in the case of MPs, are, in fact, only trivial.

Thus we find that there is no mention of any potential disqualification or grounds of disqualification which may restrict the entry of undesirable elements in Parliament or Legislatures thereby improving the quality of polity at either level. The Constitution is conspicuously silent upon the desirability of minimum educational qualifications or awareness of socio-politico-economic problems of the country on the part of the intending candidates. Once, the great Parliamentarian, Atal Bihari Vajpayee lamented about growing indifference of the MPs and their incapability even to understand the issues they wish to speak upon. The Constitution is also silent unlike in the case of a voter, to disqualify a member on grounds of criminal, corrupt or illegal practices.

No wonder then that no Herculean effort was ever needed on the part of undesirables, anti-social elements, swindlers of public money, accused of scams and scandals, or having links with mafias, smugglers or even with anti-nationals or themselves being rank criminals to have secured berth in the Cabinet at state or central level. If allegations, counter-allegations, reports of CAG or other high level committees are any indication, then it can well be said that the existing provisions are only lame, duck and blind.

SUGGESTION: Let there be much higher level (than for voters) of education, of socio-politico-economic consciousness in the intending candidate which may vary according to the office election is sought for i.e. different standards for local, state and central levels may be prescribed. Similarly, level of morality expected from a candidate should be much higher than that of a voter. In his or her (candidate) case, even serious allegations of breach of law pending investigation, unless found prima-facie not tenable or lacking evidence by Election Commission, should be sufficient to debar them from contest for the time being. The level of socio-politico-economic consciousness should also be decided by EC in the manner as it may deem fit: That of education by Parliament.

In a multi-party democratic system or when there are many contestants, it so often happens that the elected candidate secures less than 50% votes, yet, they are declared elected. Another defect is that all voters simply do not cast their votes. Thus, if there is 50-60% voting, it is said to be good, between 60-70% high, 70% and above very high. Thus basically, the election results do not express the collective will even of all voters. There are instances in almost every cross-section of regional electorate when the poor or socially backward people were just not allowed to vote.

Moreover, there are about 50% of eligible voters in the entire population of India. Out of this, on an average, 50% come to vote i.e. 25% of humans cast their vote. Out of this party invited to form government secures about 40% of votes cast, sometimes even much less. Thus, in ultimate analysis, the elected representatives forming government have a support of only 10% or less population. Considering this, it is even layman’s guess that the “so called” popular governments in India were, in fact, minority governments. However, these defects will become irrelevant as soon as selective and compulsory voting as suggested earlier is adopted by any democracy.

In the present day elections there is another defect when the candidates are declared elected without contest. This so often happens that rich or powerful candidates force other candidates through money, intimidation or muscle power to withdraw from contest. This results in either no contest or removing the poor or less powerful, though more popular, from the election altogether. This situation has to be avoided. No candidate should be allowed to win without the scrutinizing eyes of the electorate.