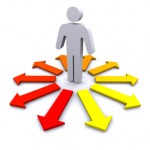 Mahesh Prasad
There is a hectic debate if we should switch over to Presidential form of government, especially in view of the scare of hung parliament in future. The arguments for and against are many. Some plead that the President will have a choice of selecting his own team from elected as well as non-elected people of merit; while others caution that it is fraught with danger of one man dictatorship. Ex-President, R. Venkatraman has come out with his own formulation. In this context, Alexander Pope’s saying comes to mind: “For forms of government let fools contest: What is administered best is the best”.

The question is: What has gone wrong with the present system? Some of the defects have already been discussed in the foregoing pages. But, the main defect in systems every where whether Presidential or Parliamentary is the absence of a Supreme Supervisory Authority who themselves do not partake in any organ of the state, but keep a watchful eye over its activities, and whenever and wherever the wrought is set in, remedial steps are taken without loss of time, favour or fervour.

Emergency (June 1975-March 1977) could not have been imposed in India had there been such an authority. Bofors could not have groped in dark for so long, had a determined super-boss had its say. Security scam, sale of PSU’s shares at lowers than market price involving a lakh crore of public money could not have been stalled as they have been under the present dispensation. Direct Principles of State Policy (Articles 36-51), specially Article 44 requiring State to frame Uniform Civil Code to bring complete synthesis in Indian society, could not have been ignored on grounds of political expediency, thereby, eventually invoking the displeasure of the Supreme Court. The impeachment of Justice Ramaswami and allegations of corruption or misconduct of many others in higher echelons of judiciary could not have been swept under carpet; states of Bihar and UP could never have been allowed to enjoy kidnappings for ransom; atrocities on dalits, naked dance of casteism, enumerable cases of land and house grabbing by mafia having links with politicians, intimidation of entire bureaucracy by lower cadre as well as high ups in political circle, corruption charges and their mafia links could never have gone Scot free had our constitution makers had the wisdom to create such an Agency and not to have made the President almost a rubber stamp of the Council of Ministers.

(In foreign context, the decision to invade Iraq on false plea of Saddam having weapons of mass destruction could never have been allowed by such a Supervisory Authority, which has brought untold misery upon the people of Iraq and provided the bestial approach to Jehadi elements some semblance of justification. Similarly, attack on Viet Nam was misguided and was only one man’s brain child. There are many other events like that which could be avoided by an ever vigilant superior agency).

Let there be a Presidential Board comprising thirteen members to aid and assist the President (to be elected directly) in the discharge of his functions when called upon to investigate and decide upon the charges levelled against the Prime Minister or any member of his Council of Ministers or any Chief Minister or Governor of any state or any other such matter. Though its constitution will vary according to time and place, but just for example’s sake, in Indian context, it is proposed as:

The term of each member including its chairman should be four years in the first instance with a provision of re-election or re-appointment for the second time but NOT for the third time before a clear six years have elapsed after relinquishing office previously. And in no case for the fourth time. Those elected/selected to automatically vacate their seat at previous place of work.

This Body has to be a permanent feature; never to be dissolved. The membership has to be so arranged that only one fourth retire every four years. Since parallel provisions exist about states in our Constitution, similar Boards should be constituted for functioning under the Governor who should also be elected by a majority vote in the respective state. This Board should also be like-wise competent to deal with the State Government and its functionaries in the like manner.

Powers and Functions of the P.B.

If the President thinks that such a situation has arisen where the work or conduct of either a central Minister, Chief Minister, Governor or Prime Minister has come under great public ridicule and their continuance may threaten the prestige, decorum, integrity of the Parliament/Legislature/Government or is in paramount interest of the people, then he should be able to suo-moto or on overwhelming public demand or on the reference of the members of Parliament or the state legislature as the case may be, initiate the investigation through the PB and take action accordingly. Provided that such action is taken only after the approval of two third members of the PB in the case of PM while by a simple majority in that of others.

Also, if the President thinks that the government either of a state or Central one cannot be carried on in accordance with the Constitution or there has arisen an Emergency and is so approved by three fourth majority in the case of Central govt. while by two third in that of a state legislature/union territory/administrative council by the PB, then he should be able to dissolve the concerned House and to bring it under direct control of the PB till the new House is constituted.

The PB should also have the power to consider the fate of any Money Bill that has fallen in Parliament and recommend to the President as to in what form the proposed bill is to be carried so that public interest does not suffer.

After successful functioning of the PB, as proposed, for some time, the President should also be empowered to have an overall authority to take action against any Constitutional Authority like Election Commission, Comptroller and Auditor General, the National Judicial Commission et al and officers of the rank of Secretary to Govt. of India, Chief Secretary of a State, Police Officers of the rank of Director General of Police through the PB by a simple majority of its members, thus making this Supervisory Authority all powerful, ever vigilant, most effective and as such truly responsive to people’s aspirations ensuring overall efficiency, integrity and regeneration of values.

If on any occasion the President thinks that it is absolutely necessary to modify or reject the recommendations of the PB, then, he should be empowered to send the proposed decision back to the PB for its reconsideration in the light of his observations. Even after reconsideration if the PB submits its recommendation in the same form, then, the President should be competent to exercise VETO, but only for a limited number of times; otherwise he must be bound to accept the final recommendation of the PB.

Often, policies of the out going Government are changed by the new incumbent. This generates uncertainty in administration and puts the erst-while rulers in great ridicule. To avoid this unhealthy trend, no proposal of such a change should be allowed to be enforced unless it is approved by the PB and meets the assent of the President.

Direct election of the President

Since in the above scheme, the President is going to be most powerful, it will be most appropriate that there be a direct election of the President and he should be declared elected only after he receives over 50% votes.

Though the Constitution does not provide for the following provisions, yet, they have been derived from British system:

Conventions no. 3, 4 and 5 will become irrelevant in view of the proposals made in the previous installments. Regarding convention no.1, since the Money Bill involves important issues relating to taxes, borrowing of money, audit, vote of account, vote of credit and vote of exceptional grants etc. and thus has a bearing upon all, it would be better for its expeditious disposal as well as on grounds of expediency to place it before a joint sitting of both the Houses only. But, its non passage should not jeopardize the life of the government. If any Money Bill falls, or if any amendment thereto is not carried, then it should be referred to the PB and its decision approved by the President should be treated as carried by both the Houses.

As already discussed earlier, individual mistakes should be individually dealt with. The provision of ‘Collective Responsibility’ and its consequent fear of the censure of the whole cabinet have done more harm than good. Instances are not wanting when the whole cabinet – nay the whole party – under the fear of losing chair under the crack of whip have been forced to collectively oppose even the right cause! Thus, instead of improving the quality of democratic process or its polity, it has become the harbinger of horse trading and ushered in an era of ‘aya rams and gaya rams’. As such, this has to be said “good bye”.

It is well known: the essence of democracy lies in consensus; it is the rule by consensus. But, the convention of Whip has thoroughly diluted this essence. No doubt, an elected member of legislature owns loyalty to the party, but first he represents lakhs of people and thus he must be made to owe his loyalty first to the electorate and his conscience to their welfare. As such, he must be free to agree or disagree on any issue on the basis of his free conscience, and NOT on borrowed one from the barons of the party.

So much lawlessness, corruption, inefficiency, arbitrariness, favoritism and criminalization of politics are thriving on account of these conventions in our country. Hence, elected representatives must be free to vote on any bill according to their conscience and wisdom (and collective wisdom is the hall mark of democracy). If majority does not approve of a bill, let it fall and die. Why the government as a whole should be put on funeral pyre?

The above scheme is expected to preserve the best of the two forms, and also many others in vogue today in different parts of the world.