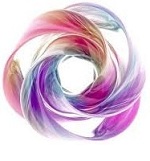 P.R. Sarkar
Human beings are not yet looking towards the actual maladies that afflict society. Various occupational groups have formed societies and associations based solely on a sense of individual or group interest. Consequently they try to solve every social problem only from the perspective of their own interests. They do not want to help solve the problems of the lower echelons of society. Not even one per cent of the energy that is spent to pull people down from the top of society is utilized to elevate those at the bottom. This is the greatest tragedy.

It is incorrect to think that no one has ever individually considered this problem in the past. I am not referring here to the social philosophies of the last few hundred years; nor to the social revolutions of that period; nor to the social conscious of different thinkers of that period. In the Middle Ages some people thought deeply about solutions to the problem of social injustice, and a few of them even tried to do something. But neither am I referring to the philanthropic overtures made to the poor by some capitalists. I am referring to those who thought that it was virtuous to plunder the wealth of the capitalists and distribute it among those in need.

The Robin Hoods of the medieval period perhaps thought that this was the best way to eradicate social disparity. But this does not work, so it did not work.

In nearly every country of the world such Robin Hoods have emerged, but they have not been able to solve the problem of social injustice. The main reason is no one can survive on charity. Such an approach only creates a society of beggars. This type of greedy, indolent and inactive society promises even greater poverty in the future. Moreover, plundering the wealth of the rich does not destroy capitalism, because although robbery may reduce the assets of the capitalists, it does not destroy the seed of capitalism. The adventures of medieval heroes may excite some people today, but they cannot be a source of genuine inspiration. It may be possible to snatch away the wealth of the rich by violent means, making them paupers, but this will not permanently prevent them from again becoming rich. Violence begets violence. Hordes of demons who lose their wealth become greedy for human blood, and plot greater conspiracies in the future. The less intelligent thieves are ultimately destroyed by them. The thieves suffer greater punishment at the hands of the exploiters than the exploiters suffer at the hands of the thieves.

Violence does not solve any problem, because whatever poisonous tendencies of the individual and collective minds may be destroyed by violence, the seeds of those tendencies remain embedded in the mind itself. When the pressure of circumstances is relaxed they may again sprout forth, creating even greater evil.

Then where does the solution to this problem lie? A change of heart is absolutely necessary, but such a change will never be possible through violent means. If someone who is tormented by incessant hunger does not express his or her hunger due to fear of the collective force of society or pretends to be free from hunger, it does not mean that he or she has acquired the peace of mind that comes with not being hungry or will not engage in ruthless acts of violence to appease his or her hunger if he or she gets the opportunity.

Some people are of the opinion that only humanistic appeals and no other approach can effect a change of heart. Although the principles of such people may be high, in reality the soil of the earth is extremely hard. Their appeals to do good cannot easily gain support.

What are humanistic appeals, or satyagraha? They are simply a special means of using violence to create circumstantial pressure. We can, in fact, call them the intellectual’s method of using violence. They are a way to make people eager to move along the path of human welfare without resorting to actual violence, relying on legal enforcement, or becoming angry and adopting the path of bloodshed. Or, in simpler language, they are a way to compel people to move.

What is circumstantial pressure? Does it not aim to vibrate the individual or collective mind with the wave of collective welfare through the application of force? In fact, this approach is an attempt to touch the aspect of the human mind which is very tender and capable of responding to humanistic appeals. Thus, those who have finer sensibilities and rational judgement readily respond to humanistic appeals, or satyagraha.

This sort of appeal does not hold much value for those with crude minds. To vibrate the minds of such people it is, and will forever remain, necessary to influence their minds by giving them a rude shock. Otherwise one will have to wait indefinitely for the sensitive violin strings of some secret recess in their hard minds to be similarly vibrated by high-minded appeals to do good. And meanwhile the existence of the helpless, exploited people, on whose behalf these appeals are being made, will have been reduced to dust.

That is why no matter how much importance was given to the benevolence of the human mind by the Gandhian and Bhudan movements, or how saintly their propounders may have been, selfish and mean-minded people will never accept their principles. The bleeding sores on the feet of marching protesters will never be able to soften the minds of ruthless exploiters. Gandhism may be an excellent utopian model, but in the harsh reality of the world it is absurd and self-righteous.

Yes, the human mind must be vibrated, and for this one cannot wait for the application of the sentient force or humanistic appeals. Rather, all necessary steps must be taken to create circumstantial pressure. I do not consider it at all improper if exploiters are forced to follow the right path by circumstantial pressure in a totalitarian state or by legal compulsion in a democratic one. However, the primary objective is not simply to use any means available to create a vibration in the minds of exploiters. Proper moral training must also be imparted to keep the waves of that vibration alive, and there must be a ceaseless endeavour in individual and collective life to perpetuate the waves of that vibration. One must maintain one’s zeal so that, with the passage of time, the momentum of the vibration does not slow down. Its vigour and vitality should not turn into stagnation. Staticity should not creep into the hidden corners of the human mind.

Those who depend solely on magnanimity of mind or on humanistic appeals are bound to fail. And those who aspire to establish communistic systems either through legal methods or at bayonet point without changing the hearts of the people, without implementing development programmes and without introducing moral and ideological education to reform people’s bad habits, are also bound to fail. If we do not equate this communism, established at the cost of so much suffering, with robbery, then we must consider it rather worse than robbery, because it suppresses through brute force the natural life-urge for self-expression. It runs contrary to human nature to be suppressed like this. The suppressed human mind will revolt and find avenues to express itself. (If some people want to call this type of expression counter-revolution they may, but I would not.) People do not like to lose their innate human qualities or spiritual potential, to be reduced to an animal-like existence, only eating and procreating; they cannot live like that.

Yet in order to make people “magnanimous” and “virtuous” through the application of brute force, individual liberty has to be ruthlessly crushed. Total power has to be concentrated in the hands of a particular group or party, and under these circumstances there is no alternative but to deny one’s special value as a human being. To recognize people’s value would only invite trouble, because then people would have to be granted freedom to express their opinions, or at least the right to demonstrate that their opinions are beneficial for society. And if this is accepted, it will have to be indirectly accepted that it is unjust to suppress human beings through brute force. If this is conceded, then the so-called communism which took so much effort to establish would be jeopardized as a result. Within a short time the group or party in whose hands the power was concentrated would be ousted by the collective psychic and spiritual efforts of the masses who had newly attained freedom.

That is why neither Gandhism, nor the so-called communism which is based on brute force, can bring about human welfare.

People will have to adopt a path where there is sufficient scope for humanism or for humanistic appeals to be made, and which at the same time allows for brute force as well as the application of other types of force if necessary.

Other material on Revolution, Society: